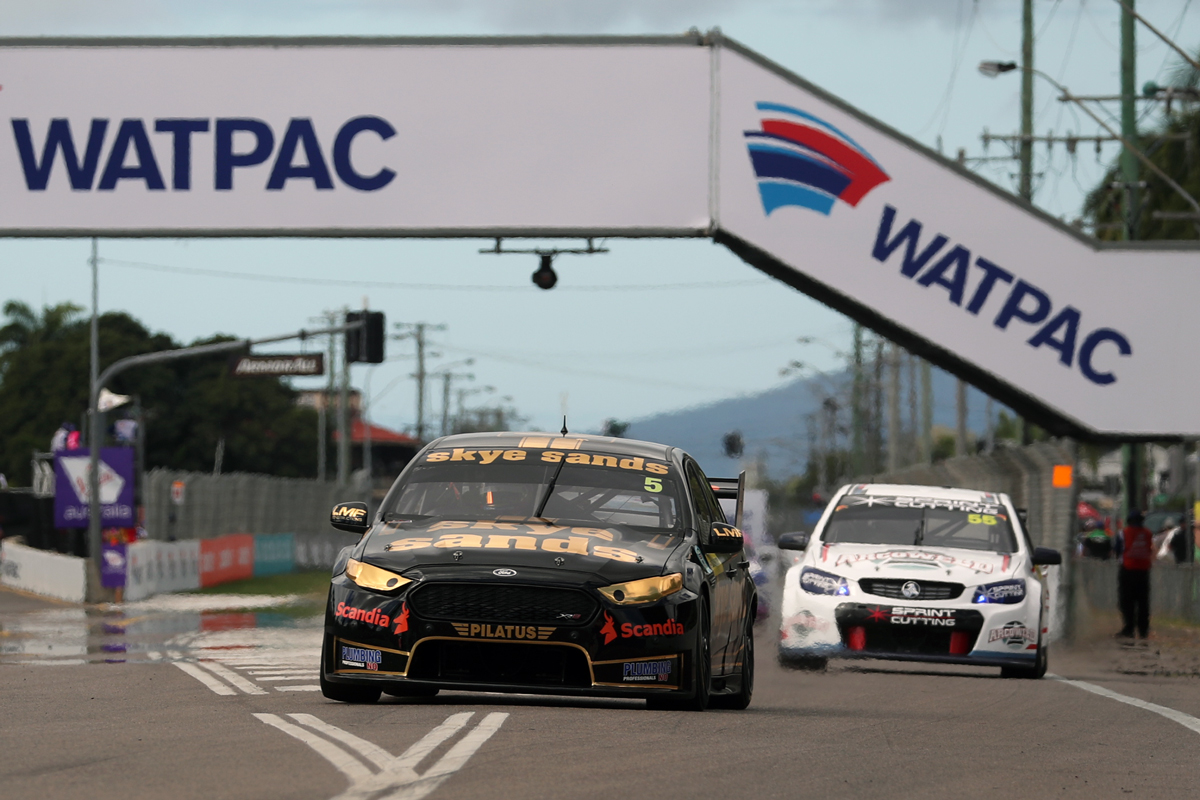 Tickford Racing's Thomas Randle claimed a maiden Dunlop Super2 Series victory in the opening race in Townsville, but is the subject of a post-race investigation.

Randle started from third on the grid and took an early lead, having beaten front-row starters Kurt Kostecki and Bryce Fullwood to the first corner.

He controlled the race from there, through two Safety Car periods and managed to ease clear of Kostecki and Fullwood, ultimately finishing 0.9522 seconds clear.

The 23-year-old, however, is being investigated for a potential breach of the Safety Car restart procedure, appearing to have accelerated before the green flags were shown.

MW Motorsport's Fullwood ran third for the bulk of the race, until he got by Kostecki off the restart from the second Safety Car period to start lap 19, with Kostecki finishing third.

There was early trouble for several drivers who were involved in a multi-car crash at Turn 2 on the opening lap, which involved all three Eggleston Motorsport Holdens.

Rookie Dylan O'Keeffe tagged the rear of Will Brown, which spun the Eggleston Commodore, leaving multiple drivers with nowhere to go.

While some were able to continue; Mason Barbera, Ash Walsh, Brown and Jordan Boys were all taken out with substantial damage.

That brought out the Safety Car, which lasted until the start of the fifth lap, Randle leading the restart, but copping a post-race investigation.

At that point, Randle was the race leader, with Kostecki and Fullwood trailing closely, until Jake Kostecki suffered a mechanical failure, forcing him to stop at pit entry.

As a result, a second Safety Car was called at the end of lap 16, lasting until lap 19. That restart was also messy and the subject of a post-race investigation.

Making a cameo appearance ahead of his PIRTEK Enduro Cup program, Tim Blanchard was fourth, having ran third before Kurt Kostecki made a move for third.

Nissan driver Zane Goddard was fifth, ahead of the Holden trio of Brenton Grove, Adam Marjoram and Jack Smith.

In another Nissan, rookie Tyler Everingham finished ninth, ahead of Matt Chahda who rounded out the top 10 in the only other Ford Falcon.

ARMOR ALL Qualifying for Race 2 will take place Sunday morning at 10:05am local time, ahead of the second and final race at 1:45pm.