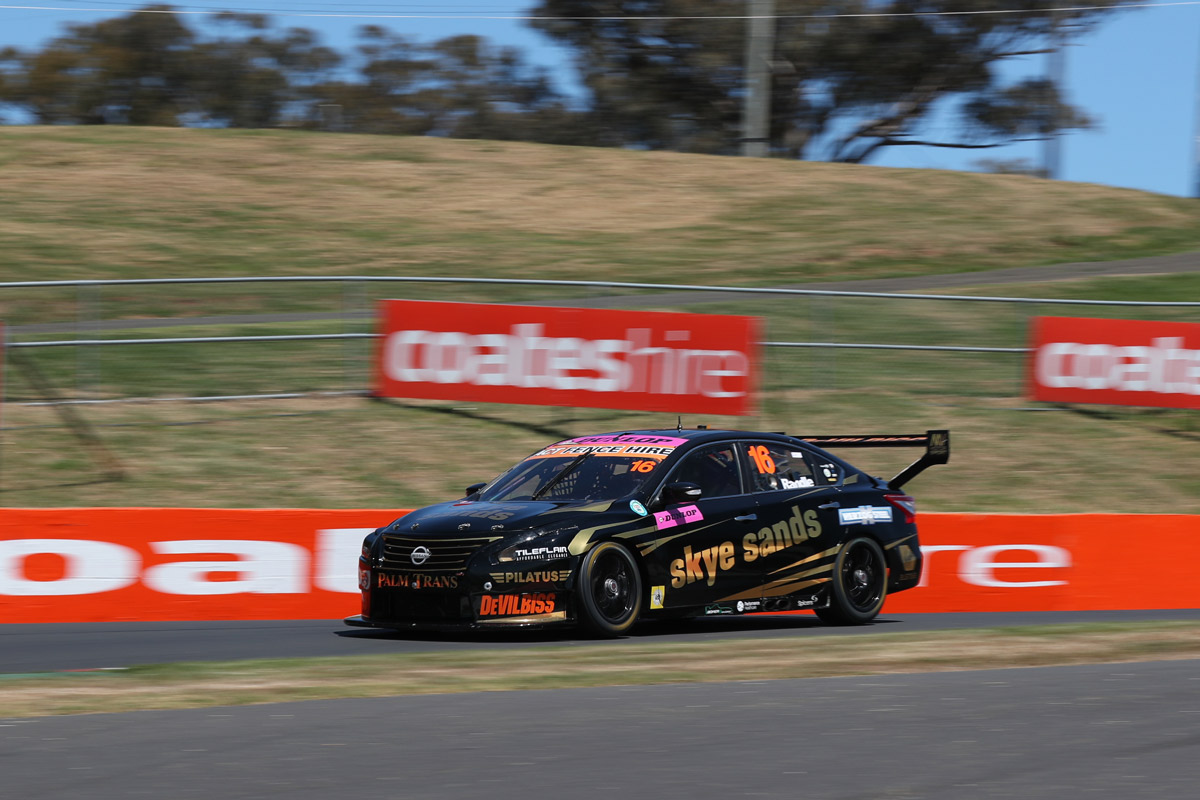 Dunlop Super2 Series leader Thomas Randle has laid down the gauntlet with a dominant display in the category’s opening session at Mount Panorama.

No one got within three quarters of a second of Randle’s 2:08.2166 as the MW Motorsport driver proved himself the class of the field.

The 40-minute session was interrupted by a red flag period caused by a crash for Super3 driver James Masterton at Sulman Park, with his #219 car left stranded pointing the wrong way.

That cost 10 minutes of running time, with Randle sitting atop the timesheets on a 2:09.3205 at that point.

From there, he thrice lowered the benchmark without ever losing grip on top spot.

Will Brown was Randle’s nearest rival – as he is in the overall standings, trailing by 38 points – and was the only other driver to post a time in the 2:08s.

Jayden Ojeda and Broc Feeney were third and fourth, clocking valuable laps to kickstart their first weekend of double duties at the Mountain.

Ojeda was a last-minute addition to the Garry Rogers Motorsport wildcard, while Feeney will also make his Supercars debut alongside James Courtney for Tickford Racing.

The only driver not to record a time was Matt Chahda as he battled power steering dramas.

“It felt good during the warm-up lap and as soon as I was on my good lap, I came up over McPhillamy and just lost power steering and it never fully recovered,” Chahda said.

“I’m thinking it’s something in the pump, there’s not much you can do right now to get it back out in this session.

“I’ll just watch my other car out there, he [new teammate McLean] seems to be going alright.”

Second and final Dunlop Super2 practice will get underway at 3:05pm this afternoon local time.