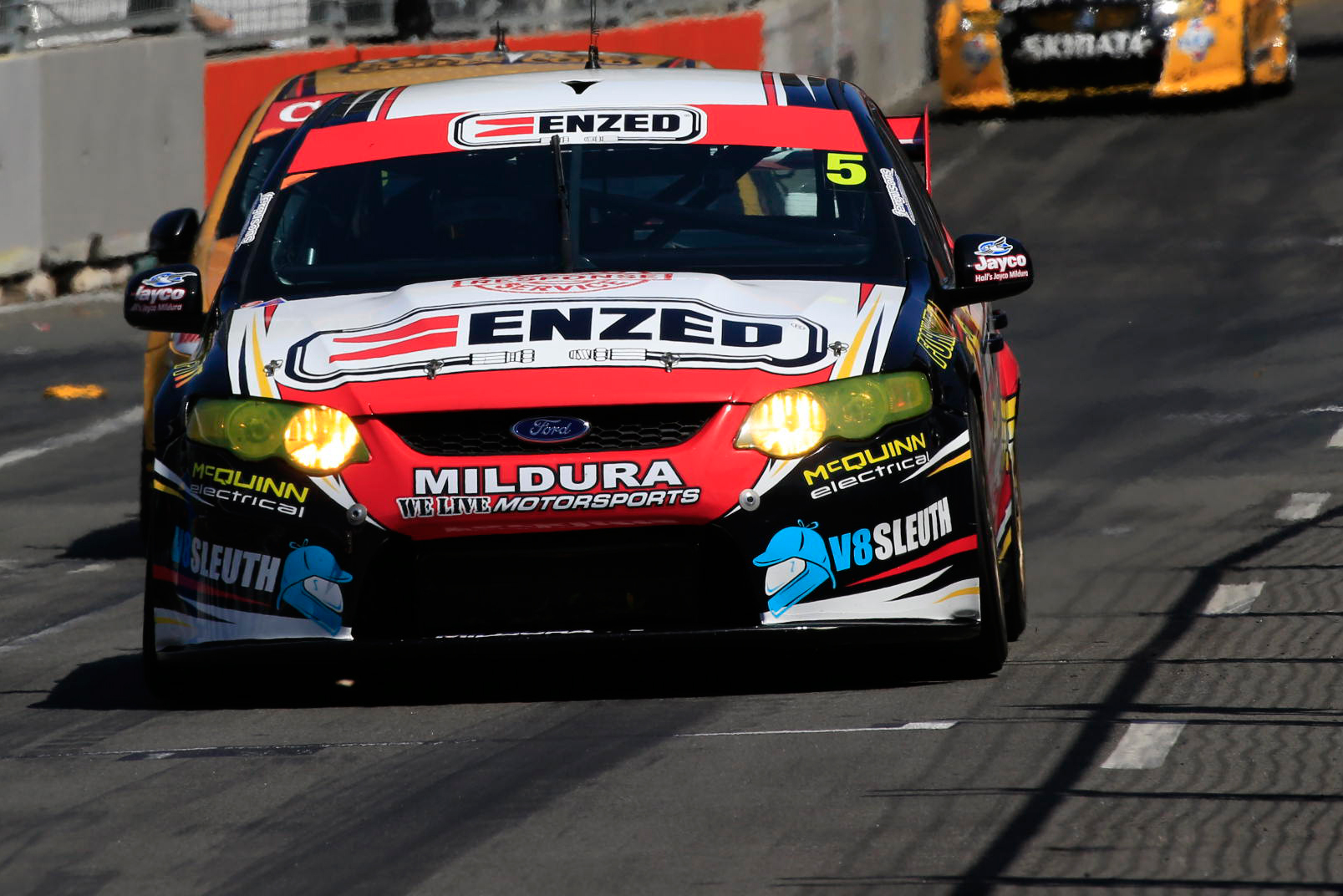 Prodrive Racing (Australia) has announced it will expand its championship-winning Dunlop Series program to two cars in 2016 as the team progresses to Next Generation specification V8 Supercars.

Current Dunlop Series contenders Jack Le Brocq and Garry Jacobson will join the team for 2016 after stand out performances this season, with each set to race a PRA-built FG X Falcon.

CAMS Rising Star Award Winner and 2012 Australian Formula Ford Champion, Jack Le Brocq, has been a frontrunner in the 2015 Dunlop Series with MW Motorsport, as well as performing co-driver duties in the V8 Supercars main series.

Also a FIA Institute Young Driver Excellence Academy recruit, the 23-year-old finished third in the Dunlop Series Championship behind PRA's title-winner Cameron Waters and will be searching for his first Dunlop Series title when he joins PRA in 2016.

"I am thrilled to join PRA's Dunlop Series team in 2016. They have put a great package together for Cam (Waters) all year so I'm looking forward to being a part of that team," Le Brocq said.

"We'll be in the FG X next year as well which is fantastic. That car has looked really strong in the main game this year and of course won the championship so it'll be good to get in it and have a crack.

"I've been racing a PRA-built FG this year which will hopefully make the transition to the FG X a bit easier."

Shepparton local Garry Jacobson will join the team from Eggleston Motorsport in 2016 in what will be his third year in the Dunlop Series category.

The 23-year-old former Victorian Formula Ford Champion finished sixth in this year’s Dunlop Series and is looking to improve further in 2016.

"It's great to be joining the team next year. PRA's Dunlop Series program is really strong and now that they're expanding to two cars you know they're out to make an impression in this category," Jacobsen said.

"I've had a good year this year but next year will be completely different now. The car will be quite different so that will take some getting used to but I'm really looking forward to it."

"It's great to have them join the team. Both Jack and Garry bring a lot of talent to the team which we hope to expand on in 2016," expressed Edwards.

"Both drivers have a great amount of potential and are both very excited to jump in the FG X next year.

"It's exciting to be able to develop our program further and the FG X was the next obvious progression and aligning the cars with the main series program just makes sense really.

"We have proven our Dunlop Series program works through the progress that both Chaz (Mostert) and Cam (Waters) have made. We can see potential in both Jack and Garry so hopefully we can enhance their talent and get them to the same point."

Thanks for the memories

Down to the wire

05/12/2015
Stay In The Know
Sign up to the Virgin Australia Supercars Championship Newsletter
We use cookies to ensure that we give you the best experience on our website. If you continue to use this site we will assume that you are happy with it.Ok