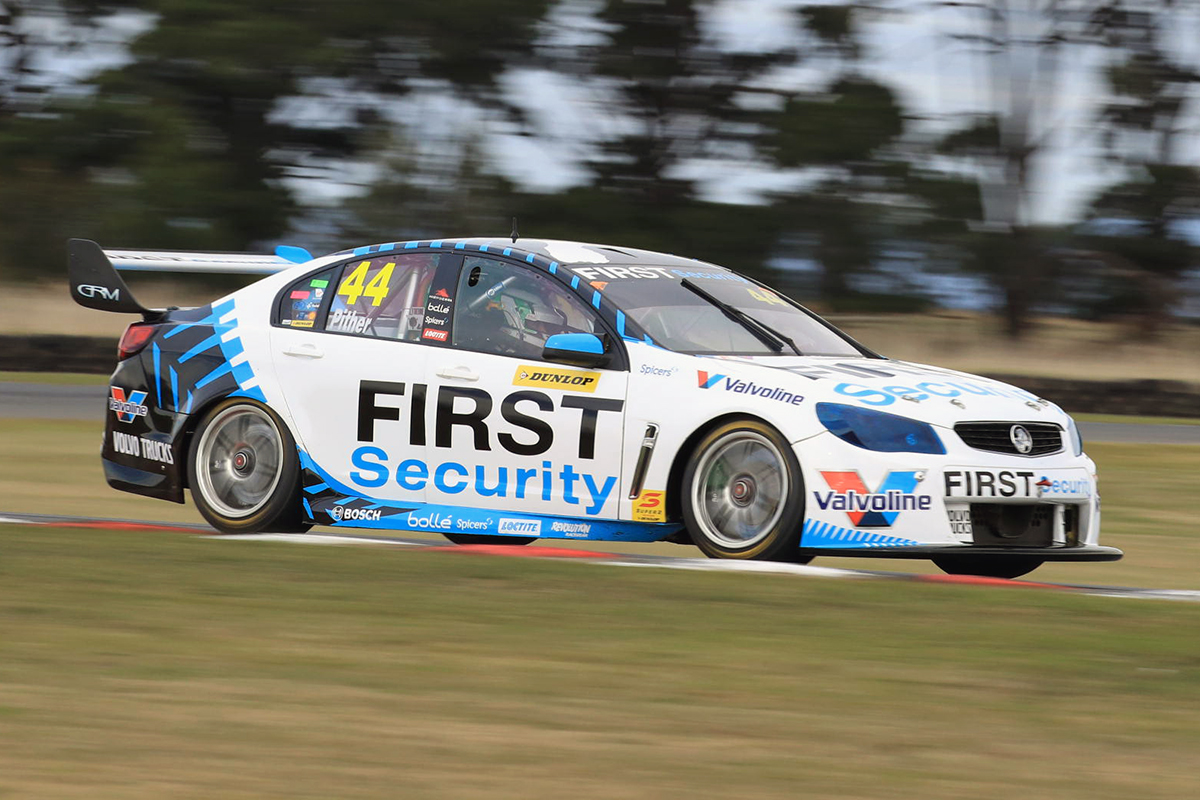 Chris Pither scored back-to-back ARMOR ALL Pole Positions for Round 2 of the 2018 Dunlop Super2 Series at the Typerpower Tasmania SuperSprint.

A pair of 10-minute ARMOR ALL Qualifying sessions set the grid for Races 1 and 2 at Symmons Plains Raceway, Pither topping them both.

The Garry Rogers Motorsport driver will share the front row with Paul Dumbrell for the first heat and Will Brown the second, with Dumbrell 10th and Brown 15th for the opposite races.

Brodie Kostecki was the only other driver to end up inside the top five for both, securing third for each session.

Pither edged out Dumbrell in the opening session, posting a 52.2231s to take pole for Race 1, his third in Super2.

Brodie Kostecki and Jack Smith will share the second row, both drivers recording career-best results in a top-four lockout for Holden.

Brown could only manage 15th, 0.6198s down on Pither, one spot behind Alex Rullo.

Backing that performance up, Pither again proved fastest in the second 10-minute session.

The Kiwi found another tenth to record a 52.1159s, his pair of poles accompanying a pair recorded in the 2015 season in an MW Motorsport Falcon.

Jacobson improved by one spot from the first session to take fifth, ahead of Smith, Rullo, Kurt Kostecki and the best of the rookies, Zane Goddard.

Dumbrell, meanwhile, could only manage 10th on the grid.

Race 1 will kick off at 3:30pm on Saturday, followed by Race 2 at 9:10am Sunday morning, with the grid for third and final 30-lapper on Sunday afternoon set by those race results.