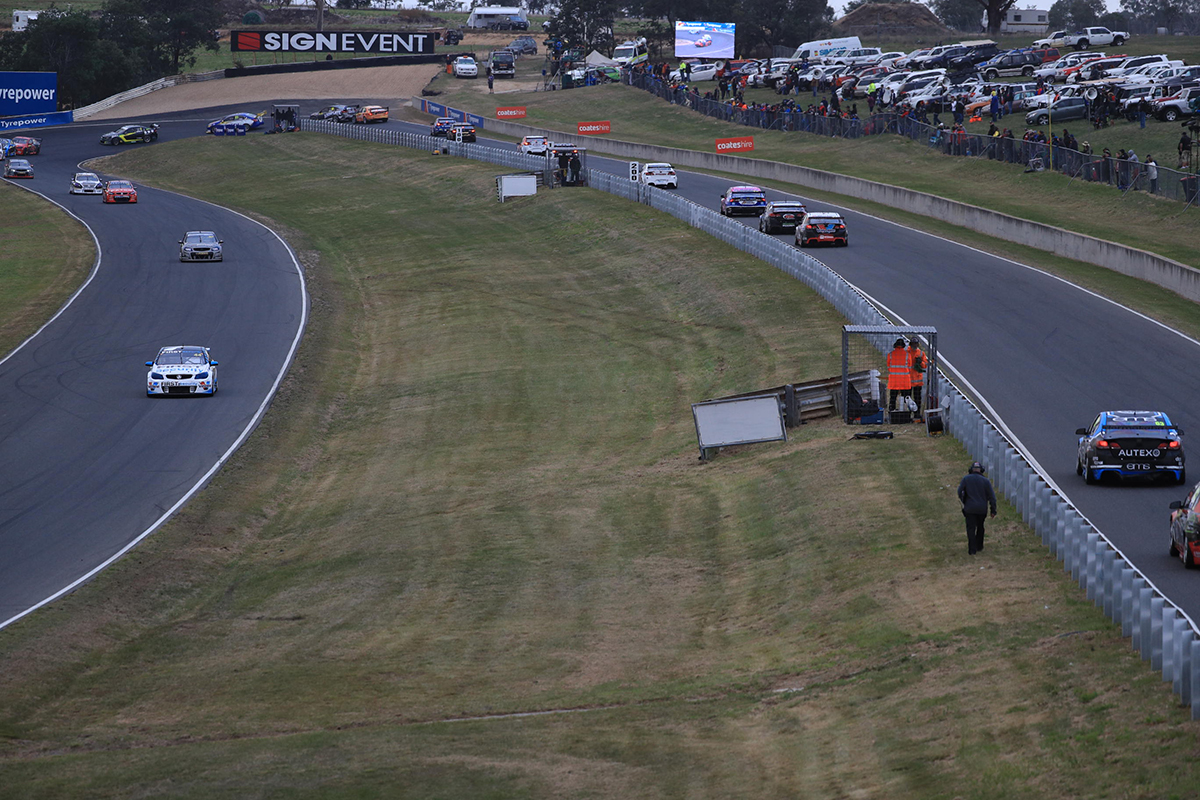 Chris Pither took his third career Dunlop Super2 Series victory in the second race for Round 2 of 2018 at the Typerpower Tasmania SuperSprint.

The Garry Rogers Motorsport driver led from start-to-finish, maintaining a comfortable lead ahead of Brodie Kostecki throughout the 30 laps, even as light rain fell.

Pither took the flag 5.6 seconds clear of Brodie Kostecki, who continued his strong form from qualifying to take his career best race result in the Super2 Series.

Kostecki started the race third, before sneaking past Will Brown into Turn 1, following Macauley Jones who initially got the jump on Brown

Moments later, Kostecki seized his opportunity on Jones, edging past to take second, where he eventually finished.

Jones ran wide at Turn 6 at the end of lap eight, letting Jacobson past, and then had to defend from Kurt Kostecki into Turn 2, contact costing the latter several places.

Kurt Kostecki recovered to sixth, ahead of Alex Rullo and Brown, who after a slow start from the front row lost places to Kostecki, Rullo and Dumbrell in one swoop on lap six.

Brad Jones Racing's Jack Smith was ninth, followed by Dean Fiore who rounded out the top 10 in the third of the Nissans.

Thomas Randle regrouped from a slow start to be the top rookie in 12th, while Zane Goddard dropped to 22nd, having been 10th early.

Light rain began to fall midway through the race, but cleared up without causing any on-track incidents.

A combination of points from the first two races of the round sets the grid for Race 3 at Symmons Plains Raceway at 12:45pm.

Pither will start from pole and share the front row with Dumbrell, followed by Brodie Kostecki and Jones, while Kurt Kostecki and Jack Smith occupy the third row.

04/04/2018
Stay In The Know
Sign up to the Repco Supercars Championship Newsletter
We use cookies to ensure that we give you the best experience on our website. If you continue to use this site we will assume that you are happy with it.Ok