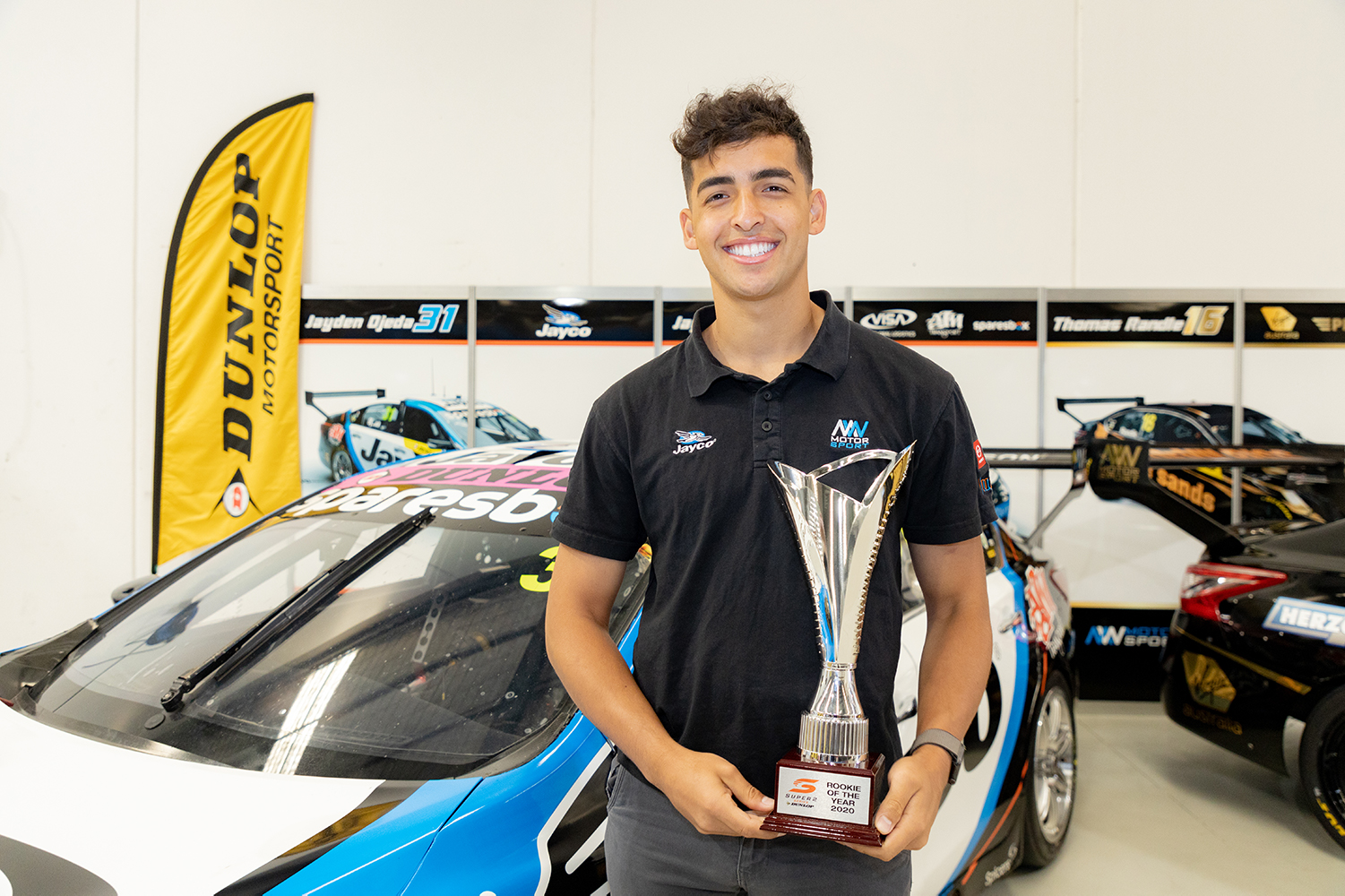 Sydney-born youngster Jayden Ojeda has his eyes set on claiming the top prize in next year’s Dunlop Super2 Series following his rookie of the year performance in 2020.

Ojeda had a year to remember – winning the top award for rookie of the year in the development series driving the Jayco Nissan Altima for Matthew White Motorsport before making his Supercheap Auto Bathurst 1000 debut in the GRM Commodore alongside fellow DS2 competitor, Tyler Everingham.

“Feels really cool, to be the Dunlop Super2 Series Rookie of the Year was the goal we set ourselves after heading into the first round in Adelaide,” Ojeda said after receiving his award yesterday.

“I was lucky enough to do the Bathurst 1000 twice. It was really cool. 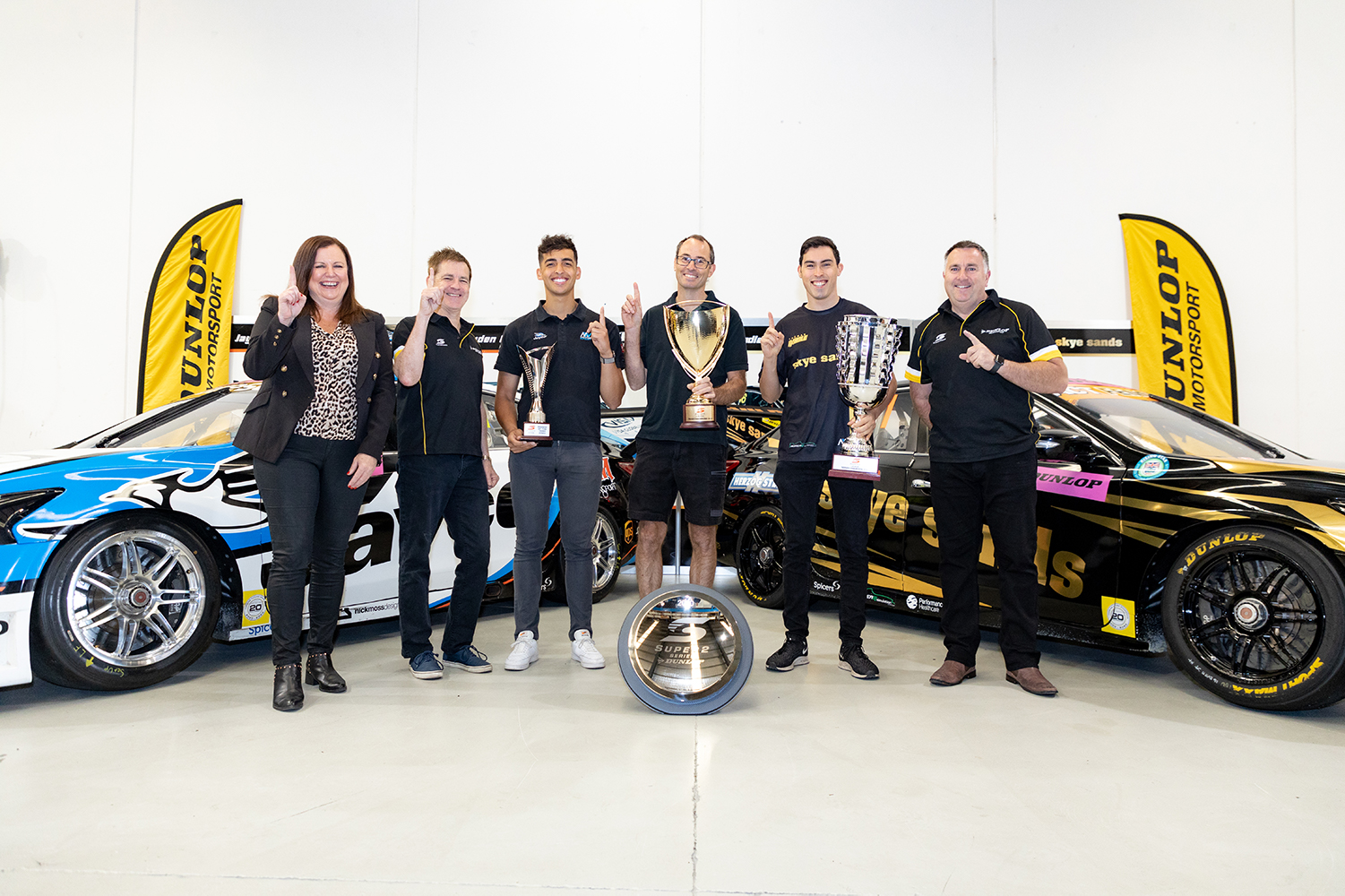 “It’s what you grow up idolising and watching on tv so it was really a dream come true for me, hopefully one of many to come.”

Ojeda says he wants to stay with Matthew White Motorsport for 2021 to build on the success the pair had this year.

“The progression would be to do another year of Super2, ideally we’d like to stay here with Matt White and continue that into 2021.

“The cars have been good, Matt is on top of his stuff all of the time, so makes no sense for me to want to leave this team considering how good it has been to me.

“Definitely the Championship is in our line of sight so hopefully we can chase that down.”

Ojeda said he’s already preparing for next year’s DS2 Series, which will race on a combined grid with the Dunlop Super3 Series again in 2021. 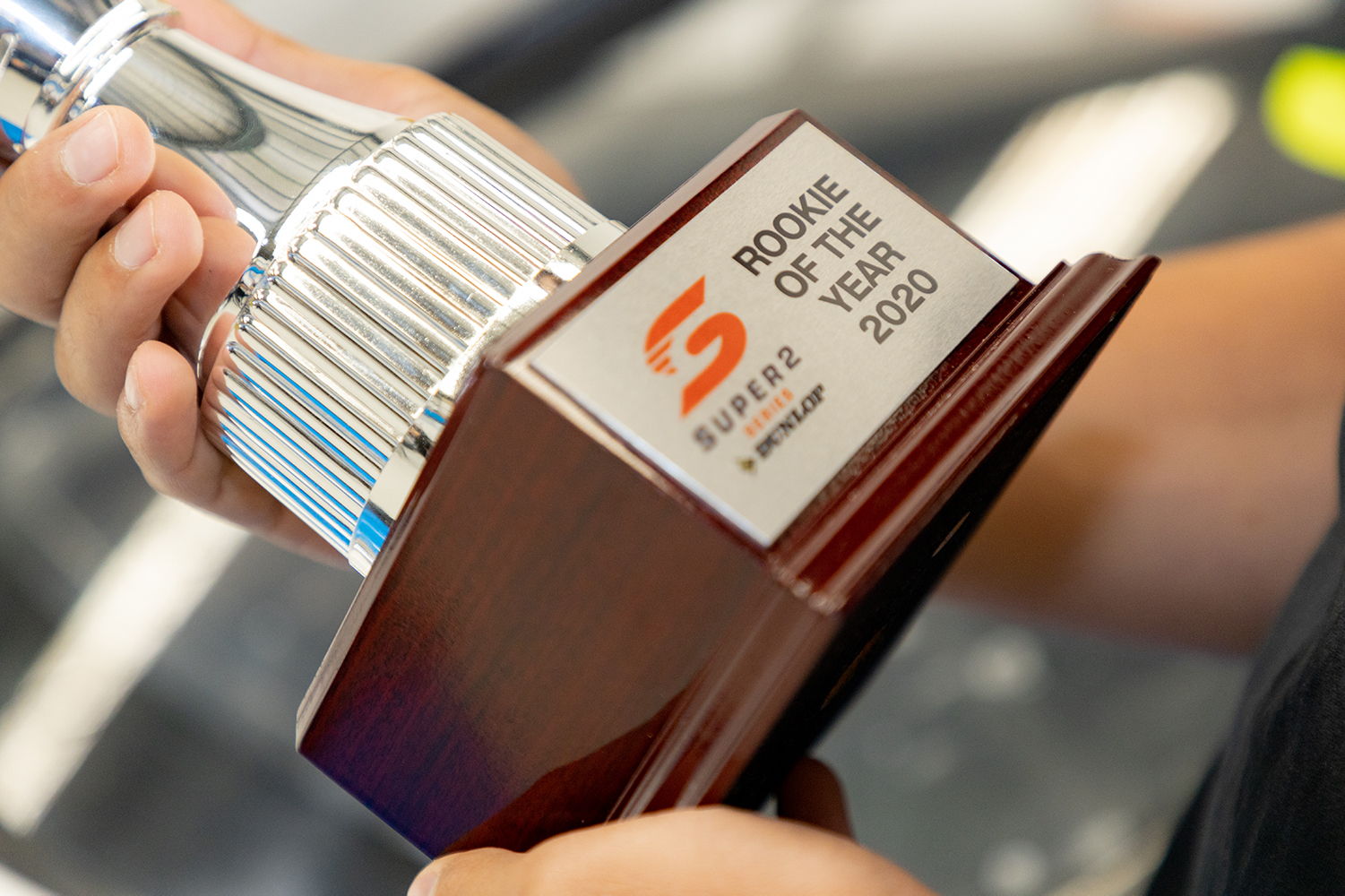 He says the calendar is the most exciting he has seen for the development series.

“The 2021 calendar looks unreal for Dunlop Super2. We got to Bathurst twice, to start the year and mid-year and we get to go onto the streets of Gold Coast, which I can’t remember the last time Super2 was there.

“It will be really cool, we get to go to Townsville, Winton and my home race at Sydney under lights. It’s got everything you want, you get to visit all the big events which is really cool, you get to race on the big stage which is what we all want, so really looking forward to it.”