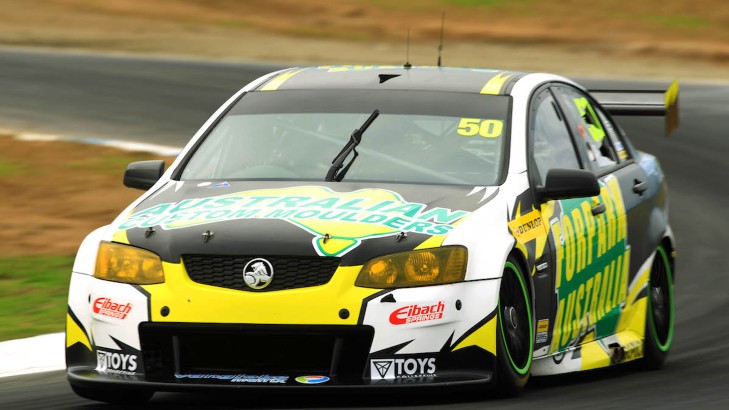 Newcomer to the Dunlop Series and Perth resident Matt Hansen has set his sights on an ambitious top 10 finish at next weekend's Perth 400 - the third round of the 2014 Dunlop Series.

Hansen, who races under the GMJ Motorsport banner, says he and hid team learnt a lot at Winton and believes he has the best chance of a pushing further up the field at his local event.

"We gained a lot of knowledge about the car at Winton, which has definitely given me a lot of confidence heading into Perth,"Hansen said.

"It's definitely easier heading to a track you have done lots of laps at and I think you approach it differently.

"I believe we can push into the top 15 or even the top 10 at Perth because the car is definitely capable of the speed and it's a track I know pretty well. I just need to stay out of trouble."

Perth's Barbagallo Raceway is the only track Hansen has competed at in Dunlop Series spec car prior to this year having filled in for an injured Tony Bates back in 2011.

Hansen has also competed at Barbagallo in a number of other categories including Historics and Sports Sedans.

The 28-year old has identified mid-corner speed as his current weak spot but feels more time in the car is the only way for him to improvepositions.

"I just need to work on myself a little more," he explained.

"The car has so much potential and I just need to gain the confidence in the front end of it so I can push harder and carry more speed through turns.

"Having Pete Smith engineering the car is definitely helping me. He was engineer for my teammate Geoff Emery last year and because the cars are similar he has a great understanding of my car."

A tight battle is developing at the front of the pack with Ash Walsh only 22 points off the lead with third placed Cameron Waters a further 59 points behind.

The Perth 400 takes place May 16-18 and the Dunlop Series is just one of the great support categories on offer, with V8 Utes, Aussie Race Cars, Super GT and Historic Touring Cars also on the bill for the weekend. Tickets are available now.

06/04/2014
Related Content
Matt Hansen  ›
Stay In The Know
Sign up to the Repco Supercars Championship Newsletter
We use cookies to ensure that we give you the best experience on our website. If you continue to use this site we will assume that you are happy with it.Ok