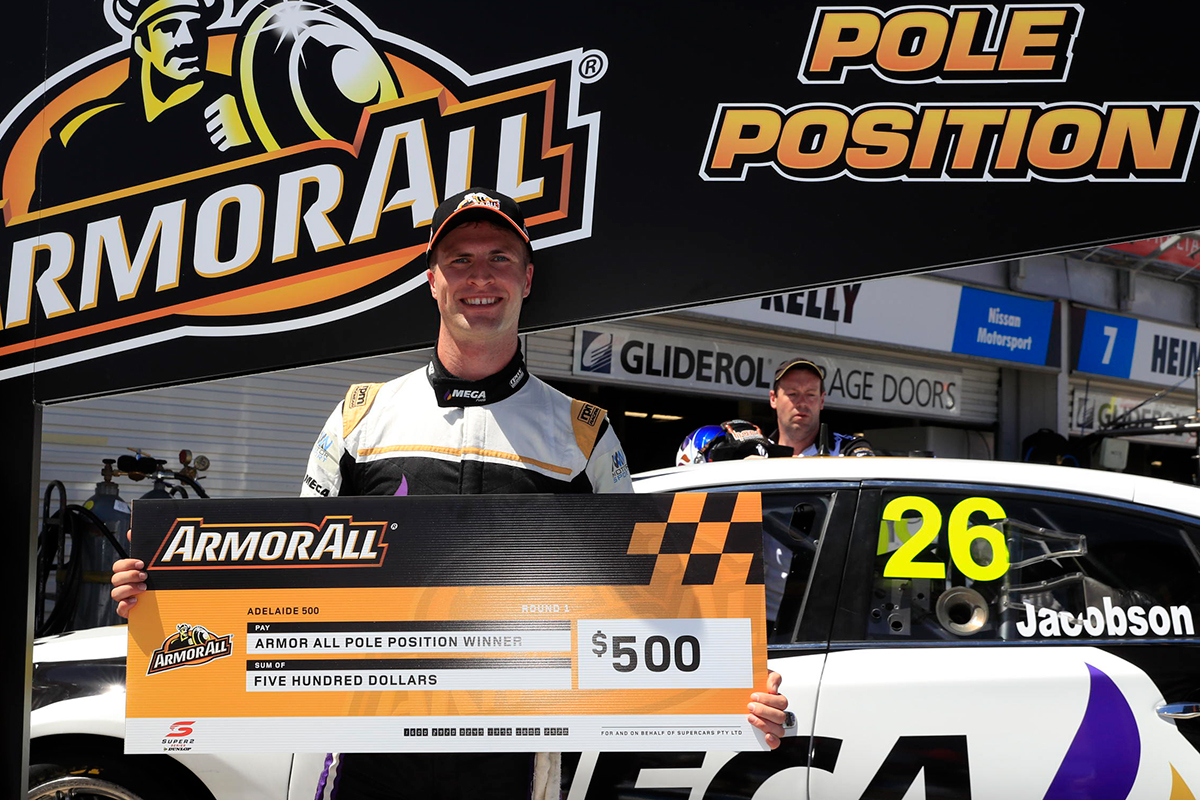 MW Motorsport recruit Garry Jacobson beat Paul Dumbrell to ARMOR ALL Pole Position for the opening race of the 2018 Dunlop Super2 Series at the Adelaide 500.

It was Jacobson, in his first event in the Nissan Altima, and Eggleston Motorsport mainstay Dumbrell that spent the bulk of the session at the top.

Brodie Kostecki and then Jacobson displaced Dumbrell at the top, with Jacobson turning a 1.21.4376s and 1:21.3042s on consecutive laps.

The latter came despite clouting the tyre bundle at Turn 1, and broke the Super2 lap record for the Adelaide street circuit.

It had Jacobson 0.3507 seconds clear at the top with six minutes to go, when Dumbrell further lowered the benchmark to a 1:21.1583s.

Dumbrell then pitted his Eggleston Motorsport Commodore and opted to sit out the end of the session.

Inside the final minute, Jacobson capitalised to lower the new lap record even further to 1:20.9223s, for his sixth Super2 pole.

Last year’s top rookie, Will Brown was fifth in the second of the four Eggleston Commodores, while Brodie Kostecki made a mistake on his final flying lap and did not improve.

Sixth does, though, still beat his previous-best Super2 grid position of 12th, in his first event aboard a current-generation Supercar.

Dean Fiore was 11th in the third Altima, after a near miss with team-mate Rullo regrouping from a slide through Turn 8.

In his first event with 2017 title winner Matt Stone Racing, Bryce Fullwood was only 16th, after engine problems with his ex-DJR Team Penske Falcon in practice.