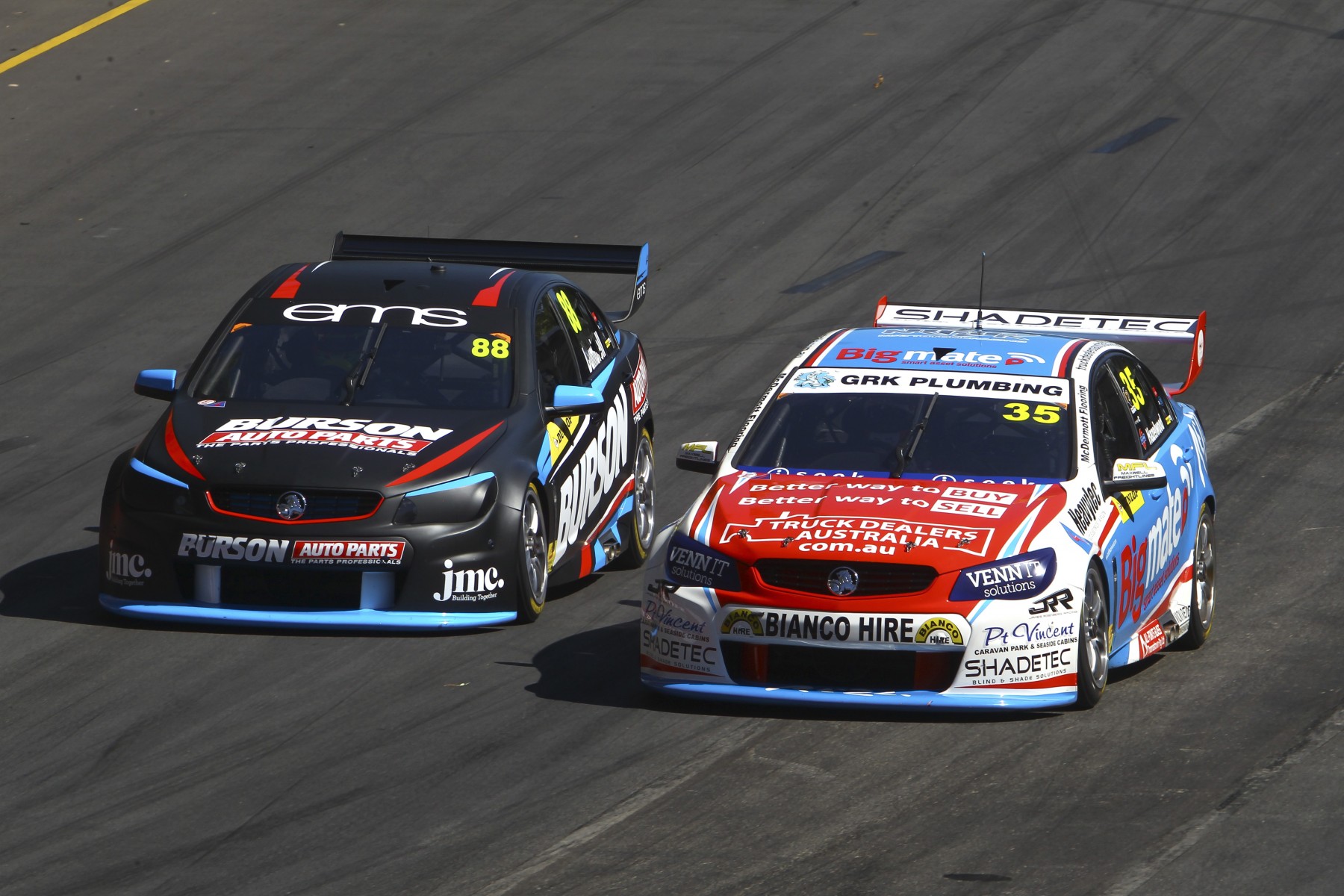 The Tasmanian event marks the first appearance of the four-race format that will see a single 40 minute practice session, a 20 minute qualifying and the opening 30 lap race all run on Friday.

Two more races will take place on Saturday before the fourth and final heat on Sunday, each also contested over 30 laps.

Despite the extra race, teams continue to have just eight new tyres allocated for the race weekend.

They are, however, able to take one of their two practice sets into the races, which Dumbrell says will change the way teams attack practice.

“Only having one practice session doesn’t make much of a difference for me, but it’s extremely tough for the rookies,” Dumbrell told Supercars.com.

“The tyre limit will compound it even more because of the rule where you can take one set from practice into the race.

“Fundamentally that means you won’t use that second set in practice because you need them for the races.

“Tassie won’t be too bad because you can get a lot of laps out of a tyre, but somewhere like Phillip Island will be really, really tough.

“I’d prefer that we had another set, but there’s no doubt that It brings a real element of tyre conservation and strategy into it.”

Dumbrell entered Adelaide under an injury cloud after damaging his shoulder late last year and, while still not back to full health, says the ligaments are healed enough not to affect him in the car.

He scored pole and won the first two races in Adelaide before a mistake in the final allowed Todd Hazelwood to slip through for his maiden victory.

Although run by different teams, Dumbrell (Eggleston Motorsport) and Hazelwood (Matt Stone Racing) both have 2016-specification Triple Eight Holdens at their disposal, setting up an intriguing battle between the veteran and the youngster.

“I think it’s going to be a really tough year,” said Dumbrell of the competition following an influx of Next Generation machinery into the class this season.

“There were a lot of new driver and car combinations at Clipsal that were always going to need a round or two to settle in.

“Todd made a really good start and to get his first win, I know that feeling of confidence that gives you to know you can do it.

“I think he’s going to be a really big challenge for us, as well as the other guys like Garry (Jacobson, reigning series winner), who will bounce back from Adelaide.

“It’ll be up and down and I think you’ll see a lot of different guys at the front.”

Dumbrell is however convinced that there’s still plenty of speed to find in his car and says that former Tekno engineer Geoff Slater is a key recruit for Eggleston.

“Not running the twin-spring in the Super2 series means we can’t just use set-ups that Triple Eight were running last year,” said Dumbrell.

“But Geoff has plenty of experience running with and without the twin-spring and is really helping us get on top of that.”