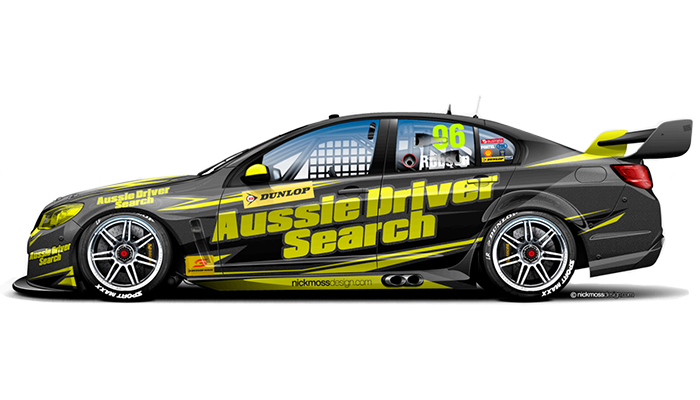 Inaugural Aussie Driver Search winner Jaie Robson will make his Dunlop Super2 debut at Barbagallo this weekend as part of a deal between the competition and Matt Stone Racing.

Robson's one-off drive is the beginning of the tie-up between the parties, with MSR to field this year’s winner of the talent-finding contest in the 2019 Dunlop Super2 Series.

The full-season Super2 drive is being offered as the major prize for the first time since the Aussie Driver Search program began in 2016.

Run by experienced driver trainer Kyle Austin, the ADS is conducted through a number of qualifying rounds at tracks across the country, with hopefuls steering a variety of vehicles.

Since winning the inaugural contest, Robson competed in Aussie Racing Cars last year, before stepping up to Australian GT in 2018.

The 24-year-old turned heads by winning on his debut in the GT3 category aboard a Mercedes-AMG at Albert Park in March.

Robson's Super2 debut will come in Todd Hazelwood's 2017 title-winning Holden, which had been driven by Tyler Greenbury in the opening two rounds this year.

MSR is running the Commodore alongside ex-DJR Team Penske Falcons for Hazelwood and Bryce Fullwood in the main series and Super2 respectively.

Matt Stone, whose team has fielded a variety of young drivers in Super2 since its formation in 2011, says he’s excited to link with the ADS.

"This will be a great opportunity for any driver wanting to progress into the series and we are proud to be joining forces with Aussie Driver Search," he said.

"Having witnessed the success of the program in Australia, we think it's a fantastic initiative and cannot wait to see what Jaie can bring to the team this weekend at Perth."

Added Austin: "We give our winners the most competitive drives possible and Matt Stone Racing is the perfect fit for us and our program.

"Being a 'main game' team and reigning Super2 champions will allow our winners to flourish."

This year’s ADS competition will include finalists driving an ex-Supercar for the first time.

The competition’s fleet of vehicles includes a previous-generation Tickford-built Ford Falcon FG, which was recently raced in the V8 Touring Car Series at Phillip Island by Ryal Harris.

Robson will test the car today at Sydney Motorsport Park, having not had a chance to drive the MSR Commodore before it was dispatched to Western Australia.