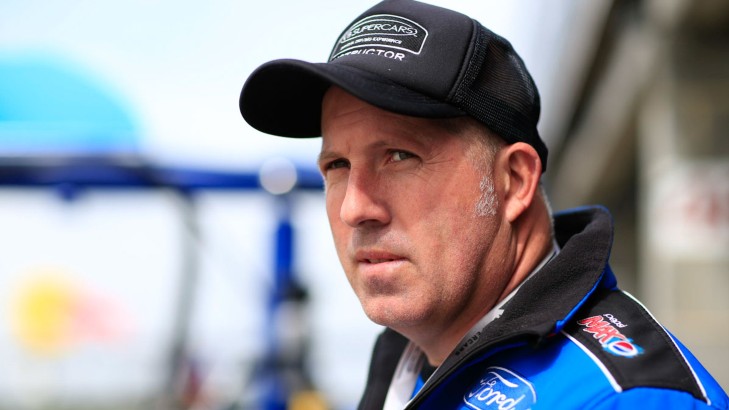 With his 2014 Supercheap Auto Bathurst 1000 win his last assault on the legendary race, veteran racer Paul Morris has adopted a mentoring role while competing in the V8 Supercars Dunlop Series this season.

Morris - who took a surprise maiden victory of the Bathurst 1000 last year alongside Chaz Mostert - has taken V8 Supercars rookies Renee Gracie and Bryce Fullwood under his wing, fielding their entries out of his Paul Morris Motorsport (PMM) stable this season.

The accomplished racer has a wealth of experience from competing in both the Dunlop Series and the V8 Supercars Championship over the past 15 years,positioninghim perfectlyto help foster and develop up-and-coming talent.

And he hopes his wisdom will benefit Gracie and Fullwood like it has for a number of drivers on the V8 Supercars grid today.

"I've always had young guys in my team - I had Fabian Coulthard, I worked with Scott Pye, Tim Slade first drove for me," he explained to v8supercars.com.au.

"[Mentoring Gracie and Fullwood] is something similar to what I did with Chaz all last year, helping him concentrate on different parts of his driving [during his co-driving role in the PIRTEK Enduro Cup] and obviously, it worked out alright.

"There's a lot of guys on the grid today that came through our team, and we've given them that base to go on and do bigger and better things, so it's very rewarding."

Mentoring the promising Dunlop Series talent of Gracie and Fullwood is a role the 47-year-old enjoys, which sees Morris guide them through car and circuit knowledge, forming relationships with their crew and developing their communication skills.

Gracie and Fullwood are also kept under Morris' watchful eye as driving instructors at his Performance Driving Centre on the Gold Coast - an important aspect to their own driver development, he believes.

"For most of the guys I've brought through, I've wanted them to be driving instructors because when you're teaching someone how to drive, you're thinking about yourself and it makes you a better driver," Morris told v8supercars.com.au.

"The only real practice for driving is driving, so whether they're racing or teaching someone what to do in one of our V8 Experience cars, they're getting those valuable miles.

"For Renee and Bryce working here, they're in the car a lot, so it's going to make them better drivers."

Morris currently leads the PMM entrants in the series standings, sitting in 11th place ahead of Gracie and Fullwood in 16th and 21st respectively.

"Everyone is ticking boxes," Morris said of his rookies' progress this season.

"The stuff that we've set out to do and achieve, both Bryce and Renee are above that.

"I don't relate it back to results or lap times because at the stage they're at [in their Dunlop Series careers], they're not ready to go racing, they're still learning their craft and there's a lot to learn.

"It's a three year process to have someone pop out the other end that's going to be really good."

The Dunlop Series resumes at the Castrol EDGE Townsville 400, July 10-12. It is supported by the Queensland Government through Tourism and Events Queensland as part of a growing calendar of sporting, cultural and regional events throughout the state.

The Castrol EDGE Townsville 400 is a must see on everyone's calendar with three days of heart stopping action packed racing. Kids 12 and under receive free Trackside admission with a paying adult.

Free public transport is available on certain services to and from the event with a pre-purchased ticket. Don't miss a moment of Townsville's biggest party.

Grandstand and general tickets are available at www.ticketek.com.au.

Waters a force to be reckoned with