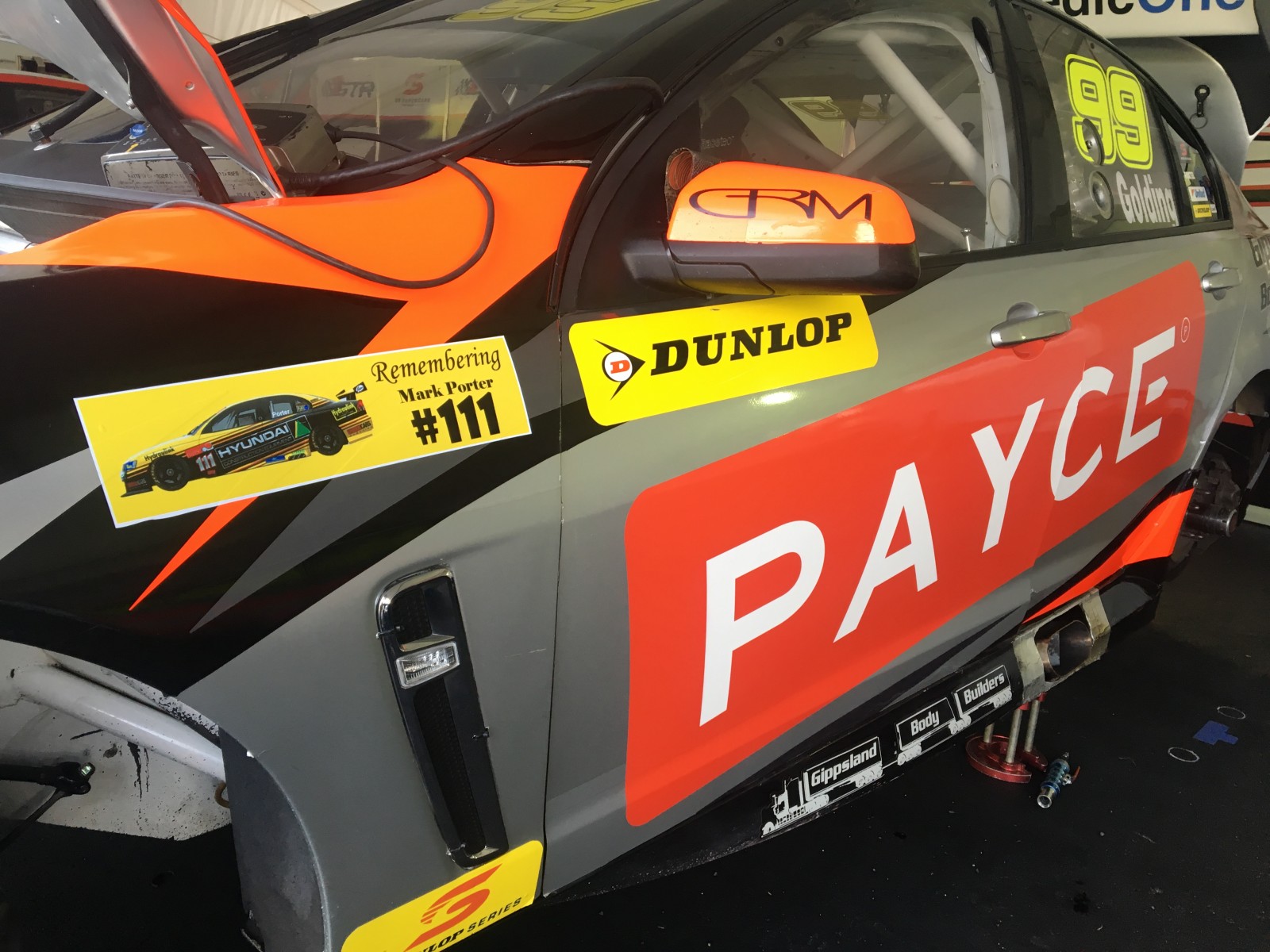 At the 2006 Supercheap Auto Bathurst 1000, the motorsport community was coming together to remember the legendary Peter Brock, only to be left reeling after losing another driver at the event – Kiwi Mark Porter.

Porter was driving in the Supercars Dunlop Series (then the Fujitsu V8 Supercars Series), when he crashed at Reid Park and was hit by an unsighted David Clark, leaving both drivers airlifted to hospital in critical condition.

Clark would go on to recover after a lengthy period, however Porter would pass shortly after the conclusion of the 1000km race on Sunday evening, approximately 72 hours after the crash.

With 2016 marking 10 years since the passing of Peter Brock, Supercars has also made moves to ensure Porter is remembered a decade on.

All of the Supercars Dunlop Series cars will wear a ‘Remembering Mark Porter #111’ sticker, with the New Zealand drivers in the ‘main game’ also supplied one for their cars. 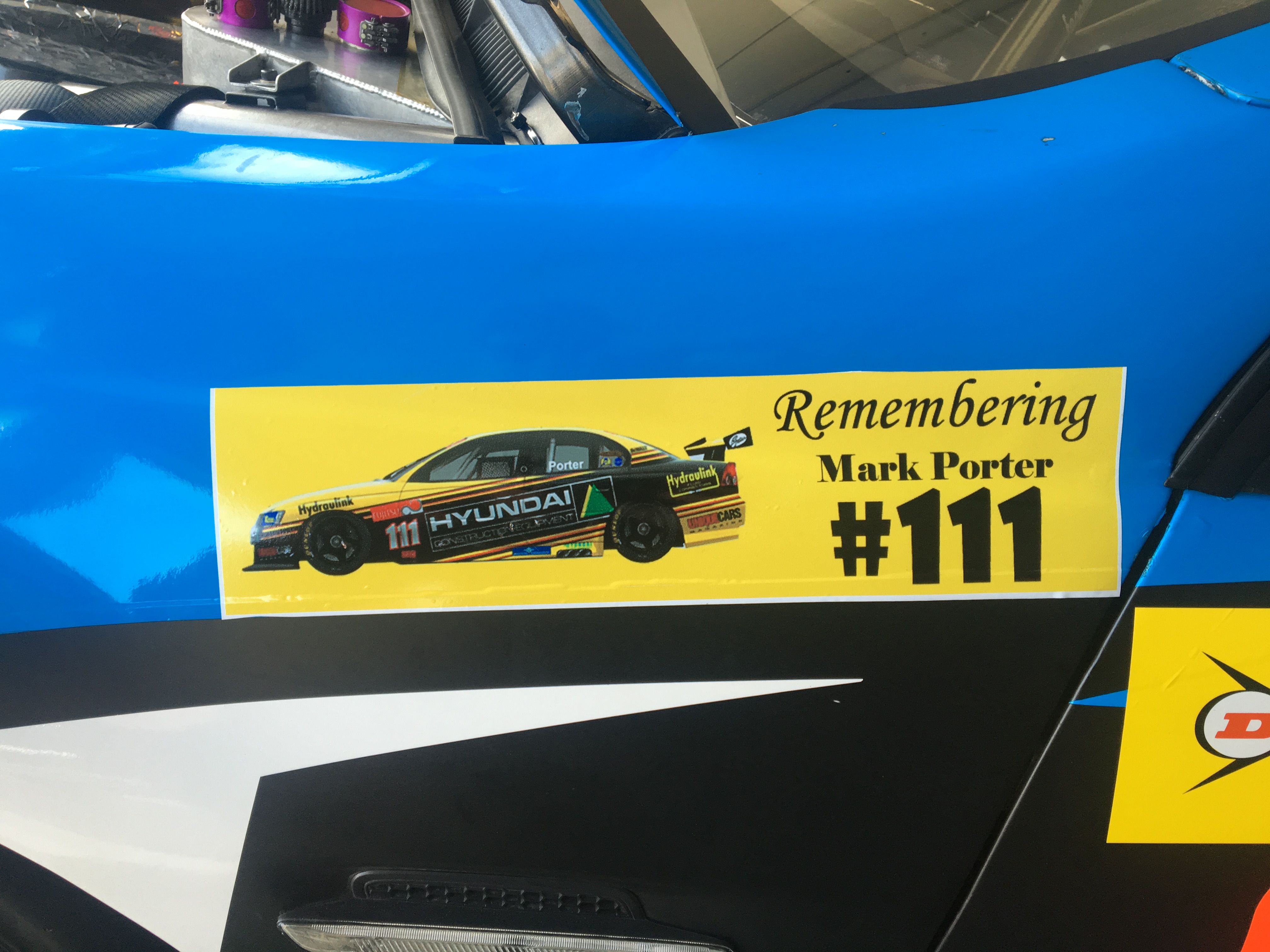 Craig Baird, one of the Kiwi contingent racing in this weekend’s Supercheap Auto Bathurst 1000 as co-driver to David Reynolds, was teammates with Porter in 2005 at Team Kiwi Racing, and firm friends with him off the track.

This weekend, he remembers his mate, 10 years after losing him to the sport he loved. Baird said Porter was well-liked by all, and a tragic loss.

“He was a bit of a character. He was one of those blokes who was very good at business away from the track, and he applied and adapted himself very well to driving a motor car,” Baird told Supercars.com.

“Motorsport was something that he did for a bit of fun. It’s just such a tragedy when you lose someone that is doing something as a form of golf – their weekend fun – and it’s not their profession.

“The rest of us don’t really think about the risks, it’s what we do to make a living. So it’s a little bit different. If it happens, it’s almost - it may sound wrong – but it’s almost a little bit more acceptable. I think it put everyone in absolute shock, as we often take our sport for granted.”

Baird, who was racing for WPS Racing with Jason Bargwanna in 2006, said he remembers the accident quite clearly, and initially didn’t fear the worst.

“I saw the accident, I was in the garage and I didn’t even think worst case scenario. I thought the first thing that Mark would have thought was ‘did I hurt the new paintjob on my helmet?’” Baird remembered.

“That’s the sort of bloke he was. Great family man, great mate to a lot of people, so yeah, it was a great loss. Obviously for his family, but for his mates and the motorsport community.

“Being teammates in 2005, I really did know him well on and off the track. I guess shock was the main thing. We talked about the shock of the passing of Peter Brock, but when your mate passes it is just utter shock. You can’t believe the devastation. It’s something that you have to try to accept. It’s bloody hard, though.”

Racing drivers often talk about their ability to block out the potential of tragedy and loss, however when Porter passed it was a tough time for Baird and the wider motorsport community.

“As driver you don’t think about it, and you don’t want to. There’s a part of you – I don’t know if it’s built into us – that blocks that part out when you’re in the car, but there are certainly times,” Baird said.

“I remember going to their workshop, getting his helmet bag, and delivering a pair of jeans, watch and wallet. It sinks in deep.”

With Porter’s son Flynn due to attend his first Bathurst 1000 on Sunday, where he will take part in the traditional driver’s parade before the race, Baird was circumspect on the loss ten years on.

“They’ve carried on, Adrienne (Porter’s wife) has carried on and life has to carry on,” Baird said.

“I guess to sum it up, Mark was the sort of person who wouldn’t want to leave devastation behind, he’d rather leave good memories, get on with it, whether that be his family, his teammates, his mates.

“He had a great life, he enjoyed it to the full, and I don’t think there were many days where you didn’t see him smiling.”