Two of the team's Triple Eight built Commodores, driven by Will Brown and Nathan Morcom, were damaged in a multi-car pile-up in the Sunday race in Townsville last month.

Team owner Rachael Eggleston said it was a huge shame to end a race weekend with two damaged cars and emphasised the past weeks have been a rebuilding effort.

“It looked fairly cosmetic and there was a lot of panel damage, (but) there was a fair bit of componentry damage underneath as well," Eggleston said.

"Luckily there was no major engine or chaisis damage which would would have obviously made it a longer process.

“Unfortunately, it was a very expensive weekend for the team which was a real shame and its been a huge rebuilding effort."

Eggleston said the repairs to Brown and Morcom’s Commodores were still being completed early this week.

“Parts haven’t been overly easily to come by, a lot of them have had to be manufactured so it’s been a bit of a waiting game,” Eggleston said.

“They (Triple Eight) are just as busy as we are, so it’s been a big effort to get everything done.

"We damaged things that they don’t necessarily carry on the shelf very often so having to have things made has been time consuming."

The team owner said they just finished in the nick of time for the Red Rooster Sydney SuperSprint this weekend.

This weekend at Sydney Motorsport Park is the first time the Dunlop Super2 Series have raced on the circuit since 2005.

“It’s a little it hard to know what to expect, we haven’t done Super2 there,” Eggleston added of her team.

“They all have a fair bit of experience driving on the circuit which is a good thing so they are not going there with no experience which is helpful."

Eggleston said it will be an interesting weekend given the Dunlop Super2 field only has one practice session and one ARMOR ALL Qualifying ahead of the four races.

“You have to be on you’re a game as soon as you hit the circuit. You don’t have much time to test the set-up and work out whether you are on the money straight out of the box," she said.

"You have to get it nailed in that one practice session to ensure you are up the front." 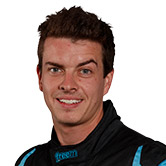