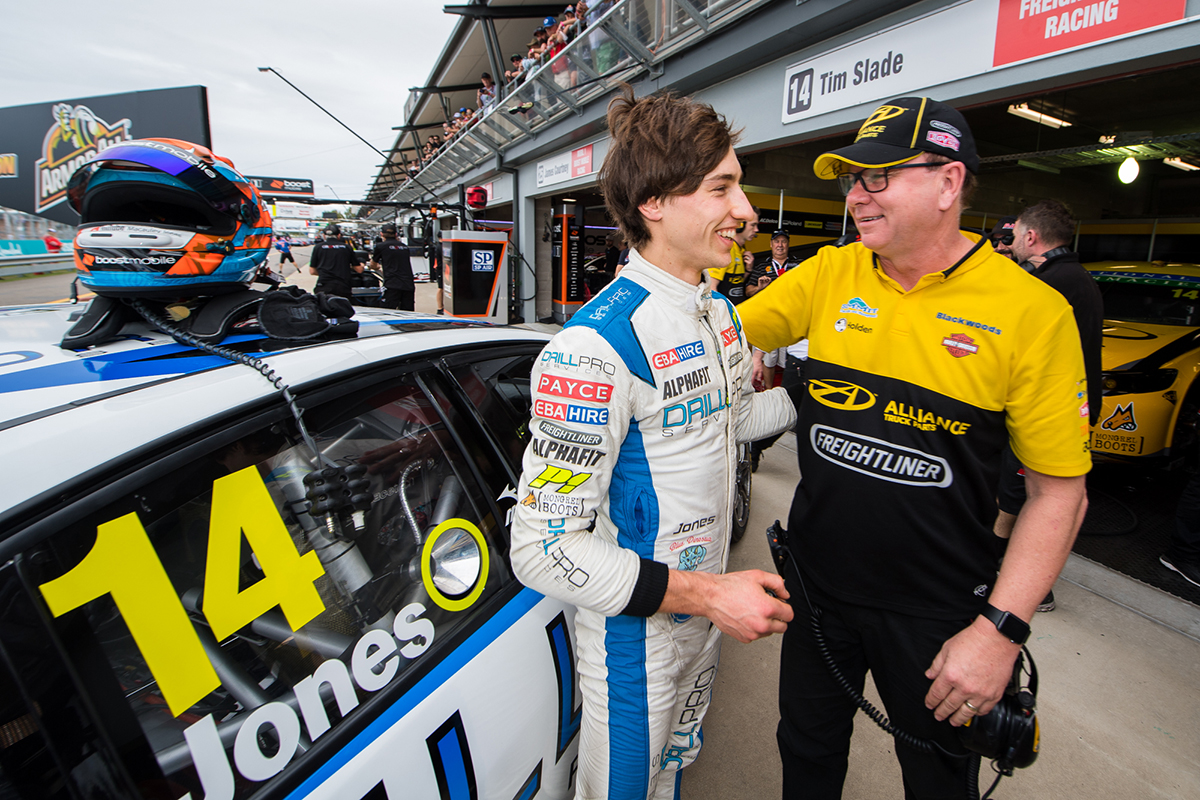 Jones took a maiden ARMOR ALL Pole position on Saturday and looked set to turn that into a breakthrough Super2 victory.

He was forced to return to the pits, losing seven laps and leaving the door open for Garry Jacobson, who pounced and won the race.

In an almost carbon copy of Saturday's opener, Jones moved past polesitter Pither to take the lead on Sunday, before suffering an identical failure.

Pither, who was second at the time, inherited top spot and finished 2.6 seconds clear of Paul Dumbrell.

"He was on song out there all weekend, he's been up the pointy end and I didn't have much for him," Pither stated.

"We were sort of neck-and-neck, he was making a couple of little errors where I might gain a few tenths of a second or so, but never enough to really be a threat to him.

"It's just disappointing, he was the better man this weekend and he probably should have two first places to his name.

"Unfortunately it's motorsport and those things happen, I'm just glad I was the next guy in cue to pick up the pieces.”

Dumbrell won the round, ahead of Jacobson and Pither, with second each day.

Jones left empty handed, having also topped practice and set the fastest lap in both races.

“He did such a good job, I think he was a bit sharper than us in qualifying this weekend,” Jacobson said.

“Coming from Darwin with that wildcard experience under his belt he was just on it.” 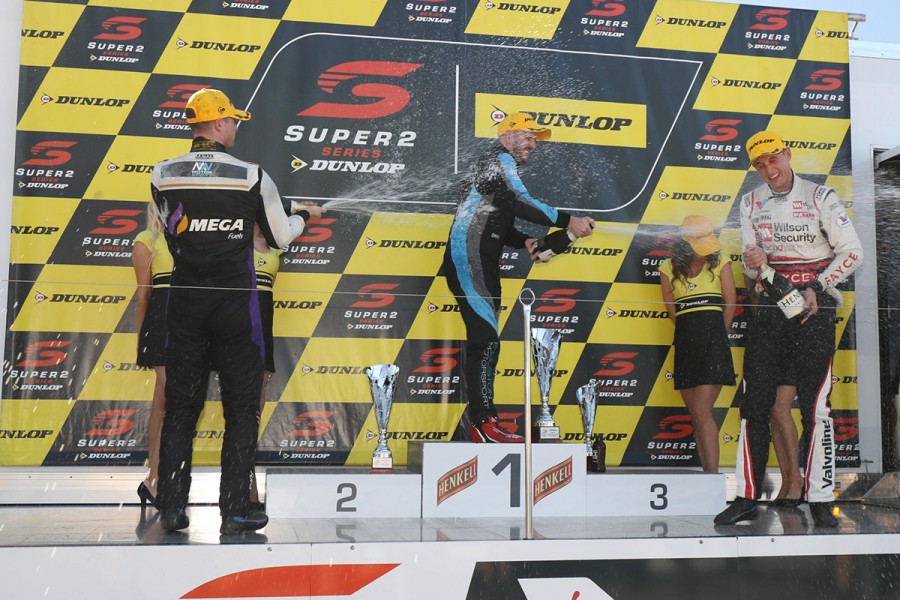 Jacobson, Dumbrell and Pither on the Townsville podium

Jacobson had his own scare on Saturday, his MW Motorsport Nissan losing an engine on his way back to the pits.

With a replacement fitted, he then battled from 10th on the grid to fifth in Sunday’s race.

"I just love how hard my team work, we qualified 10th [on Sunday] and we could have easily gave up, but we just kept trying,” he said.

"We had to change an engine overnight; we had an engine failure just as I was coming in after I won the race.

"We did change the car a bit, we were looking for a lot more turn, but we actually caused a lot of wheelspin [on Sunday] in qualifying.

"I really struggled to nail the throttle out of all the exits and with the different engine it was actually behaving a little bit different as well.

"It was one of those things, we tried to do the best we could with the challenges we had overnight."

Dumbrell has a 136-point lead over Pither in the standings with Jacobson third, 205 adrift.

Following a two-month break, the next round will take place on September 14-16, as part of the RABBLE.club Sandown 500.