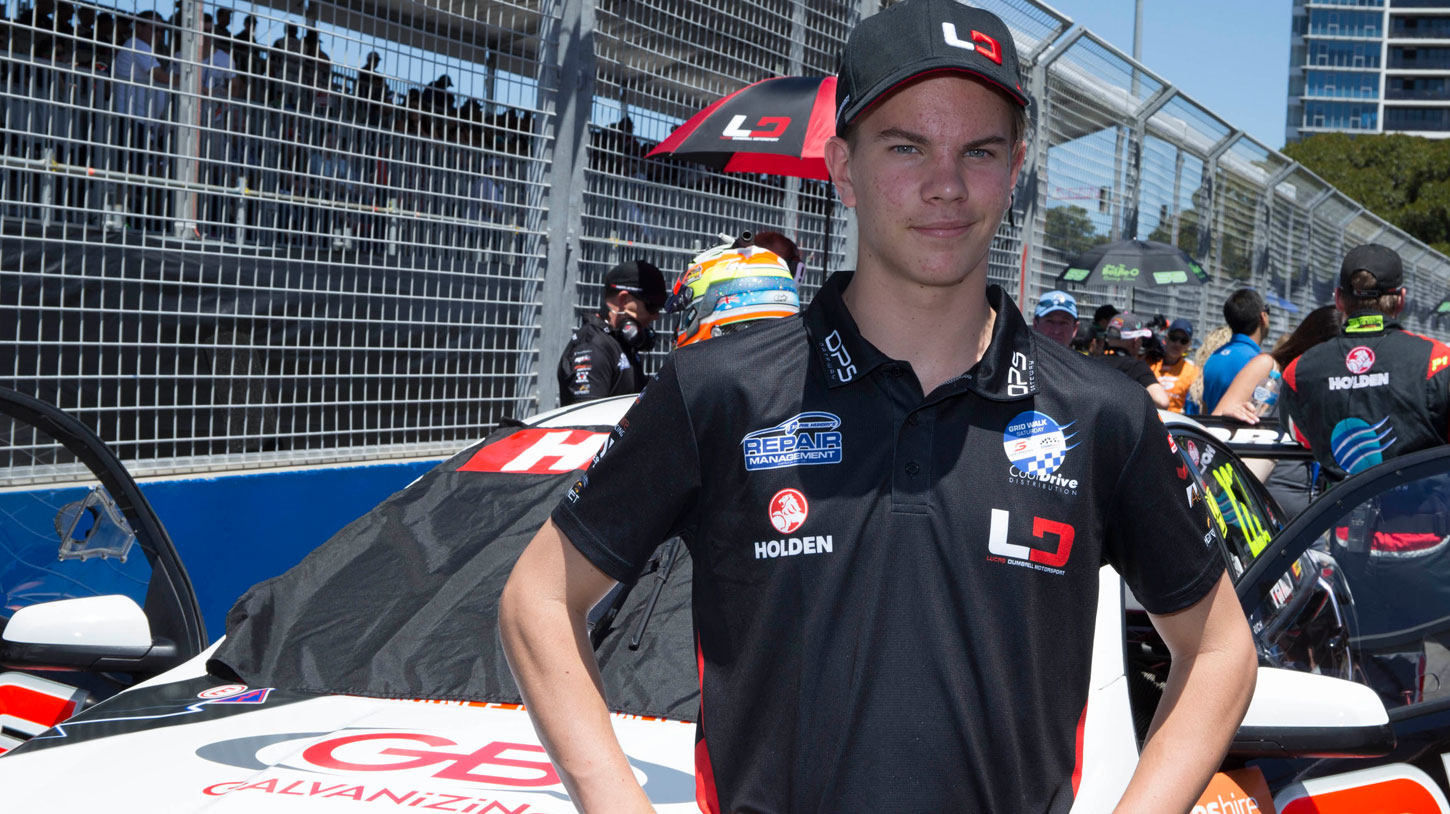 The young gun signed with Holden team Lucas Dumbrell Motorsport to contest the 2016 V8 Supercars Dunlop Series and will run his third round at the upcoming Perth SuperSprint.

Rullo was thrown in the deep end when he debuted at the Clipsal 500, having a fiery start to the series. However, second round Phillip Island proved a much better event for him, the LDM driver finishing 18th, 16th and 20th.

He is positive about racing at home for the next round, drawing confidence from his experience at a circuit he’s driven “millions” of laps around.

“This year is mainly about learning as much as I possibly can, and not all about the results because the results will come in time,” Rullo told v8supercars.com.

“My goal at Barbagallo this weekend is to hopefully get into the top 15, and put on a good show for my friends, family and Perth fans.

“It’s definitely an advantage to be racing at home, as I have done millions of laps around the track, so hopefully I can get some good results out of it.”

Rullo says it is a great experience to be part of the Lucas Dumbrell Motorsport team coming into the Perth SuperSprint, as the team spirits are high and everyone is improving and getting faster.

“My car’s crew was faultless at Phillip Island, and I am continuously learning from their experience and hard work,” Rullo said.

While Rullo is still adapting to the higher level of competition in the category and the Dunlop tyre, Championship stablemate and Bathurst winner Nick Percat has helped bring him up to speed, especially on test days.

“I compare myself to him, copy his lines through video footage and overlay the data between my car and his, which are all elements helping me understand where I can improve,” Rullo said of Percat.