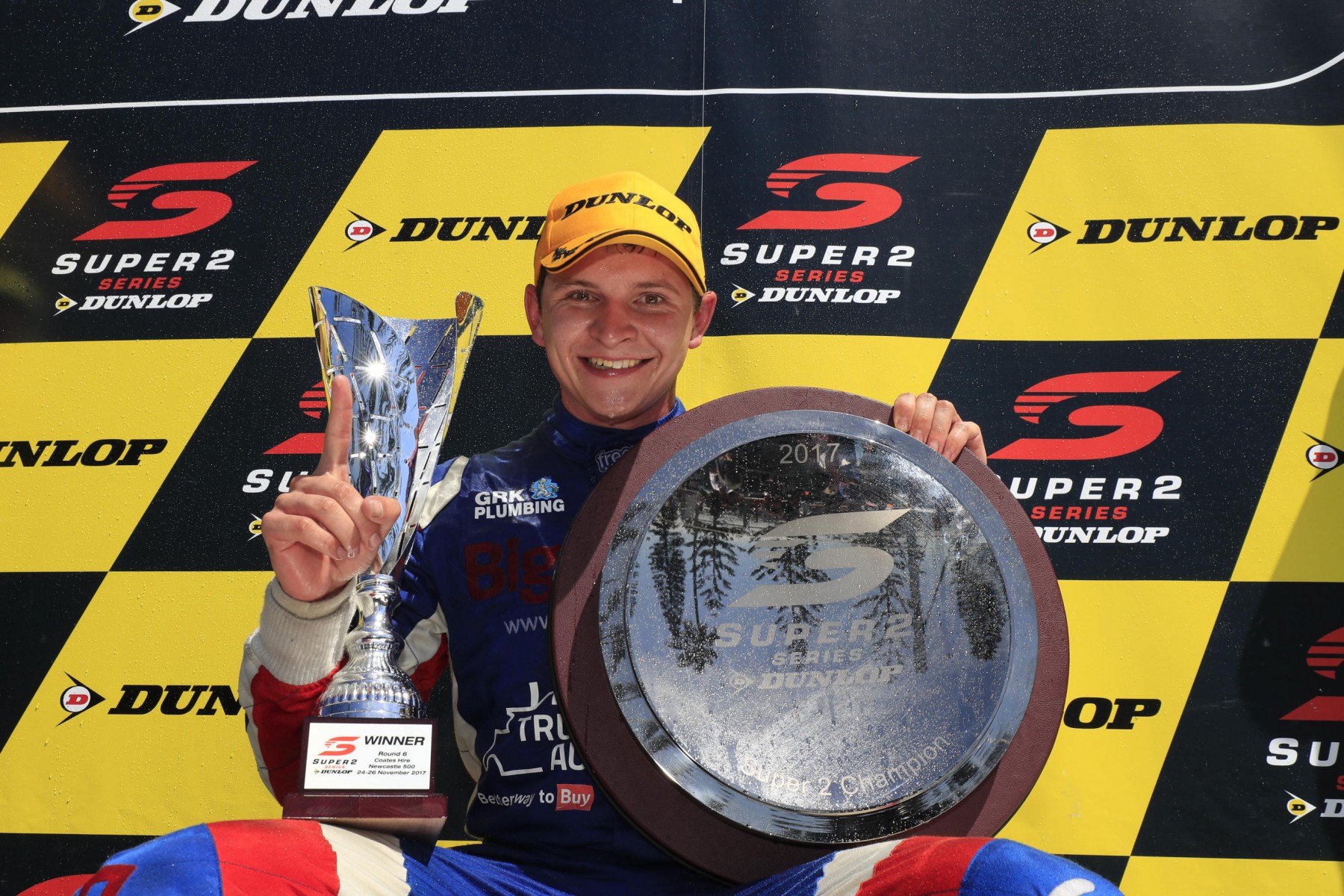 The 22-year-old sealed the crown during the Coates Hire Newcastle 500 weekend, and with Matt Stone Racing will graduate to the Virgin Australia Supercars Championship in 2018.

Dumbrell held a narrow points lead through the first 12 races of the campaign, before Hazelwood took top spot for the first time with a pair of victories in Townsville.

Over the subsequent Sydney Motorsport Park and Sandown events, though, Dumbrell’s cleaner run turned a 66-point deficit into a 49-point advantage for the Eggleston Motorsport driver entering the finale the finale.

Hazelwood’s Sandown weekend also included a massive rollover during his co-driver race in the PIRTEK Enduro Cup opener, getting back in his Bigmate Racing Commodore straight away to finish third in the following Super2 race.

After winning both races and the title in Newcastle, Hazelwood said those sorts of setbacks, and financial struggles for most of his career, helped prime him to get the job done.

“I think it’s just taking a lifetime of punches along the way,” he said of bouncing back after Sandown.

“You soon learn to build a thick skin over the years and motorsport certainly teaches [you] that at a young age.

“So after Sandown I was pretty fired up and to come to [Newcastle] knowing we had a mathematical chance at winning the title, we put every single bit of resource into it that was possible to achieve that.

“That really comes down to the team at Matt Stone Racing and the amount of work they’ve done behind the scenes.

“We did everything we could to come out of the blocks and be successful, and we did exactly that.” 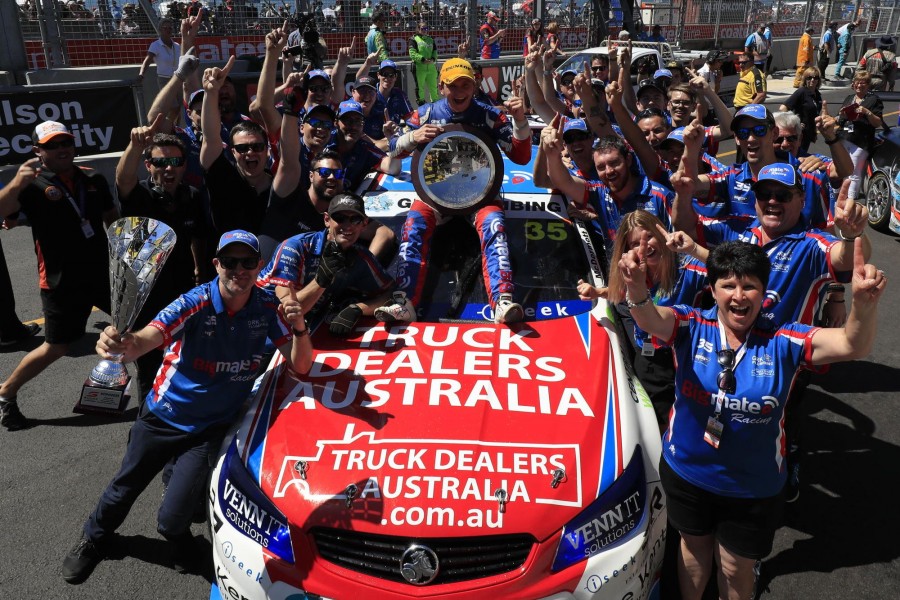 Hazelwood controlled the opening Newcastle race and crossed the line a cautious second in the final, which became his sixth win of the campaign when Shae Davies was penalised for his last-lap clash with team-mate Jack Le Brocq.

Dumbrell, meanwhile, endured a tough weekend, finishing eighth and 13th from well down the order in each race, after a crash in qualifying on Saturday and mechanical problem on Sunday.

South Australian Hazelwood entered Super2 in 2014 with Matt Stone's squad, finishing eighth, fourth and third in the last three seasons before winning the title this year.

While IT entrepreneur Jason Gomersall has built a partnership with MSR and Hazelwood, family efforts to fund his earlier racing through sausage sizzles are well known.

Hazelwood described winning the title and stepping up to Supercars next year as “the ultimate reward” for his family.

“I said to them back in 2014 that we’d achieve this, and you always say you will but until you’ve actually done it, it’s quite hard to take in,” he said.

“Obviously it’s well-documented how incredible my family have been to get to this point, it’s certainly not the most financially well-off family but we were probably the hardest-working team family out there, I reckon.

“We’ve stuck together as a group and we haven’t looked back.

“There have been a lot of opportunities where we could have just put our hand up and taken a year off or take the easy route and miss a couple of rounds but we’ve done every round since 2014 even though we’ve effectively been up shit creek sometimes.

“Without them I wouldn’t be here today, that’s for sure.”