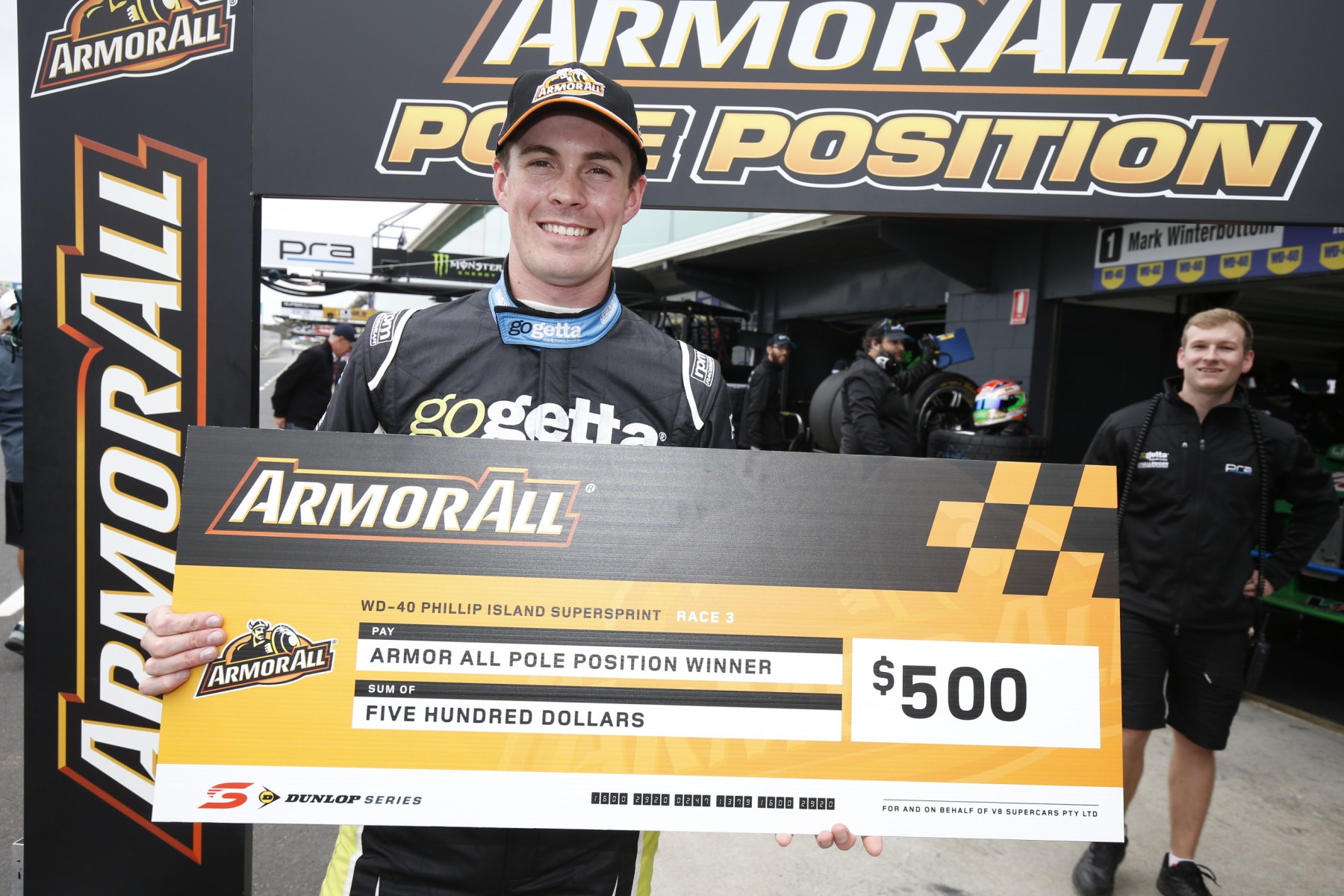 Five-hundredths of a second was enough to clinch ARMOR ALL Pole Position for this afternoon’s Dunlop Series race at Phillip Island.

The two FG Xs will start from the front row for this afternoon’s 16-lap race, with Todd Hazelwood and James Golding lined up behind them.

Jacobson leads the Championship points after his Clipsal 500 win, but it was clear the two would be battling each other this season after just the one round.

GRM’s Golding was fast midway through the qualifying session, but dropped to fourth after the late run.

This afternoon’s race will be the first at the circuit since 2007, with a new crop of young guns battling experienced racers Dumbrell and Andrew Jones at the high speed, flowing seaside circuit.