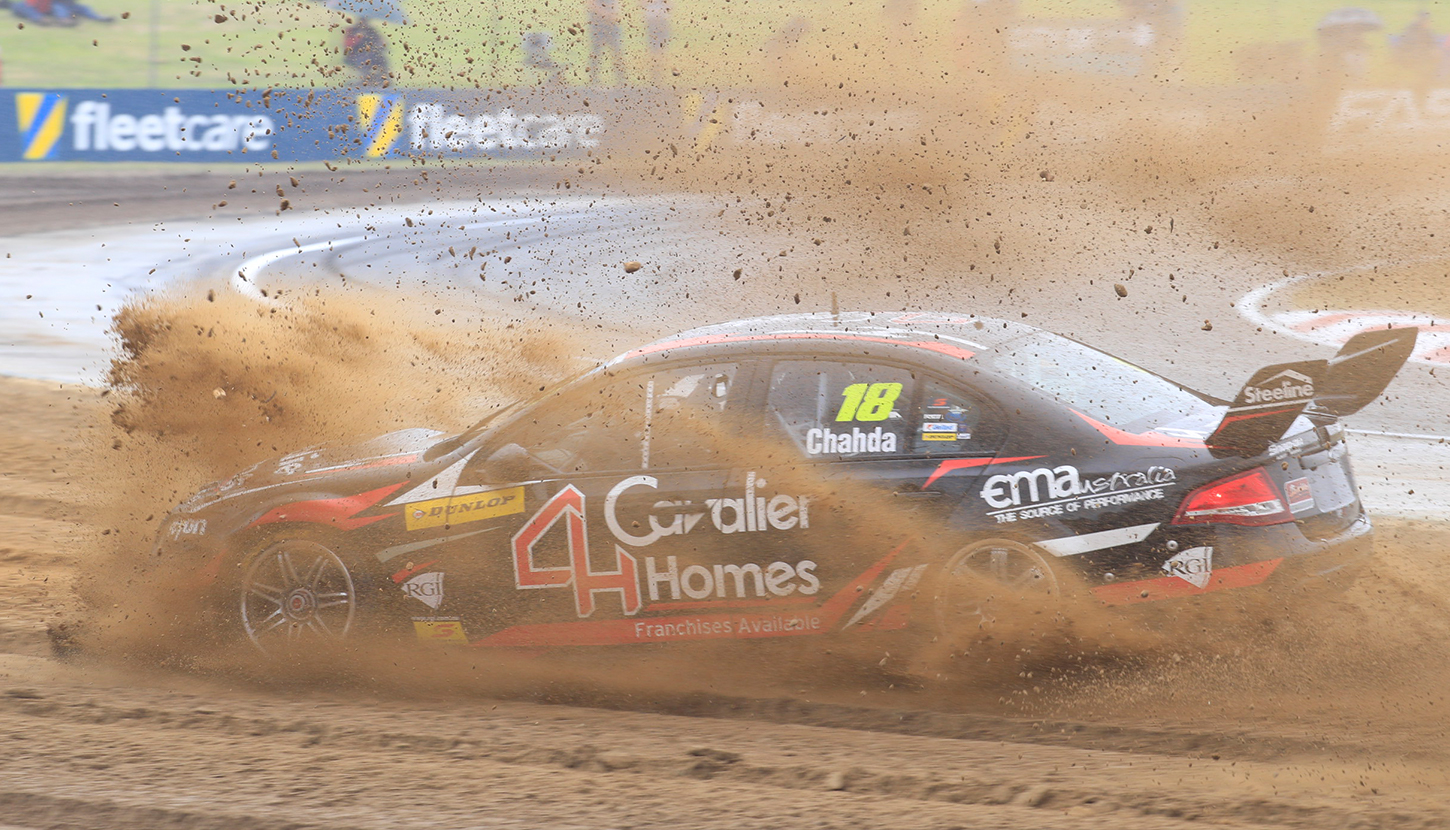 Rain and red flags have led to a shortened first first V8 Supercars Dunlop Series practice session at the Perth SuperSprint this morning.

Run in tricky, changeable conditions, the slick track caught out several competitors across the session.

Before the rain started coming down, Prodrive’s Jack Le Brocq set a 58.062 lap time in his GoGetta Racing Falcon – which saw him go to the top of the timesheet and stay there for the session.

Category stalwart Paul Dumbrell was right behind him, with a 58.36 in his Eggleston Motorsport VE Commodore.

Andrew Jones was the first man to show the lack of grip, with an excursion into the sand trap on the entry to the pit straight. He was able to rejoin, and ended the session in third place.

The first red flag came just under halfway through the session, when 16-year-old Jake Kostecki and fellow West Aussie Adam Marjoram beached themselves in the turn one sand-trap.

Marjoram’s car suffered serious damage to its front end, with fluid pouring from the car after being dragged from the sand. Marjoram set the 14th fastest time before the incident. Kostecki managed to return to the pits, and finished 16th.

The session was restarted with 12 minutes remaining, and the slip and slides continued.

15-year-old local Alex Rullo went wide at the final corner, whilst Chelsea Angelo had a spin at Kolb Corner, and narrowly avoided being collected by close following cars. They ended the session 17th and 21st respectively.

The final nail for the session was Matt Chahda in the #18 Cavalier Homes Ford going deep into the turn one sand trap with only four minutes remaining in the session.

Points leader Garry Jacobson had a quiet session, ending up ninth on the timesheets.