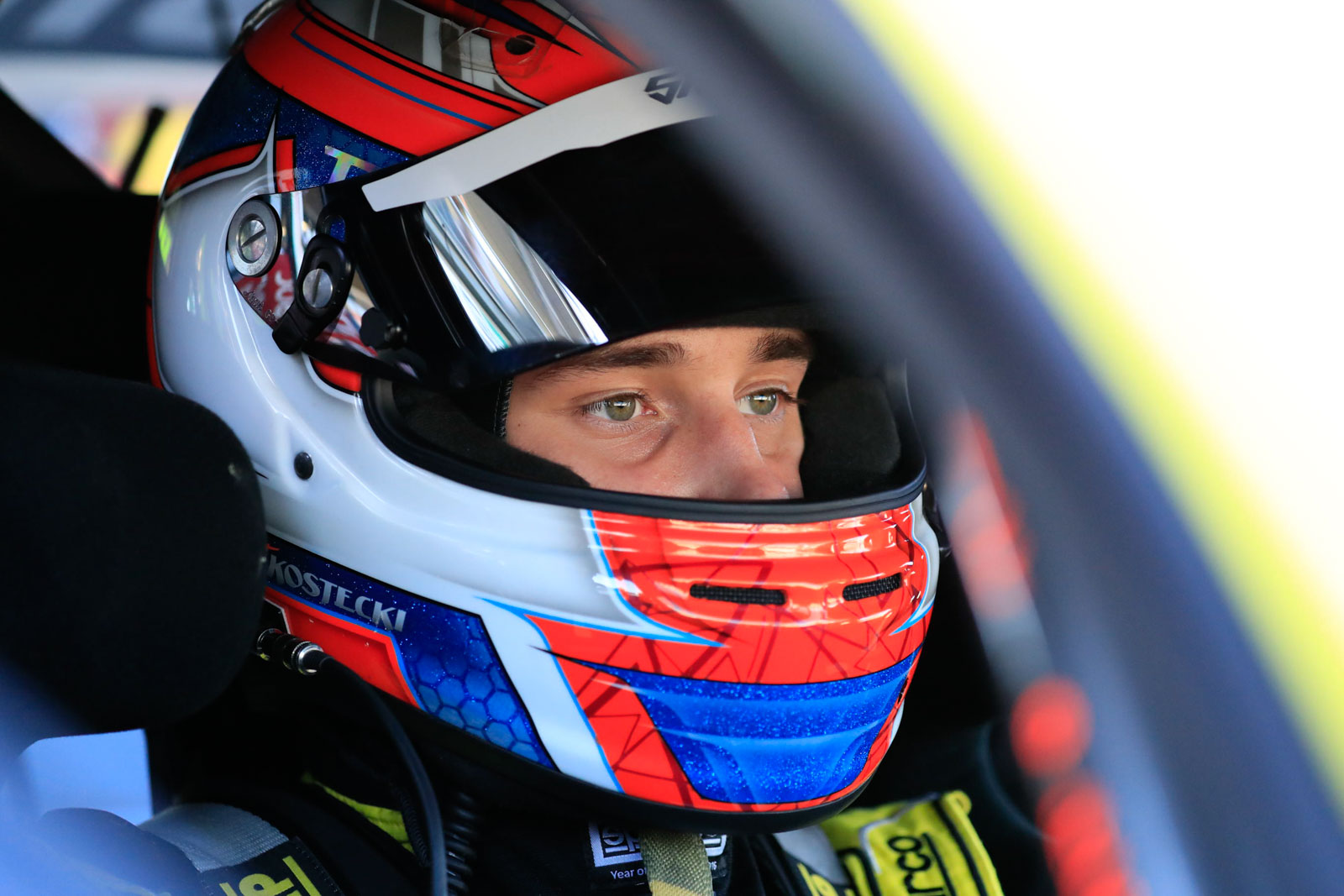 Kurt Kostecki is hopeful his recent Virgin Australia Supercars Championship experience, and a helping hand from championship winning Triple Eight engineer David Cauchi, will help boost his performance in the Supercars Dunlop Series next round at Sandown.

Kostecki yesterday tested his NextGen Holden Commodore, which has been converted back to Dunlop Series specifications after being upgraded to race in the main game at Townsville and Queensland Raceway.

Cauchi was on hand for the test day in Perth at Barbagallo Raceway earlier this week, as the Kostecki Brothers Racing team prepares to run Kostecki and younger brother Jake at next month’s Wilson Security Sandown 500.

Wet weather on-track meant the team did not get through as much of the program as anticipated. But Kostecki was able to complete just under 100 laps, the car ran smoothly and Cauchi’s assistance was helpful for the second time at a test day this year.

“We are getting a good base off Cauchi and he is helping me a lot with the car and my driving,” Kostecki told Supercars.com.

“We had a good plan for the day to get through a lot of different set ups, different geometry set ups and aimed to get a better balance in the car.

“I got a good feel and got back into the swing of the hard tyre and linear spring so that was good.”

Kostecki said the team made the most of the day by getting stuck into it and making some changes, but also getting some valuable wet running by not sitting out when the rain came in.

The 18-year-old driver races a NewGen Triple Eight Supercar in the Dunlop Series, almost identical to Shane van Gisbergen’s Holden Commodore VF which he works on as a Junior Mechanic.

Kostecki has become a valued member of the crew at Triple Eight Race Engineering having started work experience with the team earlier this year.

Kostecki said mixing it with the guys in the main game has taught him many valuable lessons he will take back with him to the Dunlop Series.

“I’ve learnt the importance of getting the most of the car at every point,” Kostecki said.

“The main series guys on-track are extracting 100% in every lap and every second so that is what I’ve got to take back to DVS.

“Hopefully I can do that and it’ll give me a bit more of an edge.”

Kostecki emphasised his growth as a driver and his heightened confidence driving in the Dunlop Series next round, after having the opportunity to be part of the main series with Team 18, replacing injured Lee Holdsworth.

He admitted after the extra experience in the main game he should be further up the front in the Dunlop Series in Sandown.

“Definitely after two rounds of the main series I feel like I’ve got a lot better behind the wheel, so hopefully it translates into some stronger qualifying and race pace in the Dunlop Series,” Kostecki said.

“I’d just like to be further up the field from where I was the last few rounds.

“The car is running really well, so that’s a good sign going into Sandown and I’ve just got to get stuck in now.

“Fighting at the front will be good.”

The Dunlop Series will be on-track at Wilson Security Sandown 500, September 16-18.