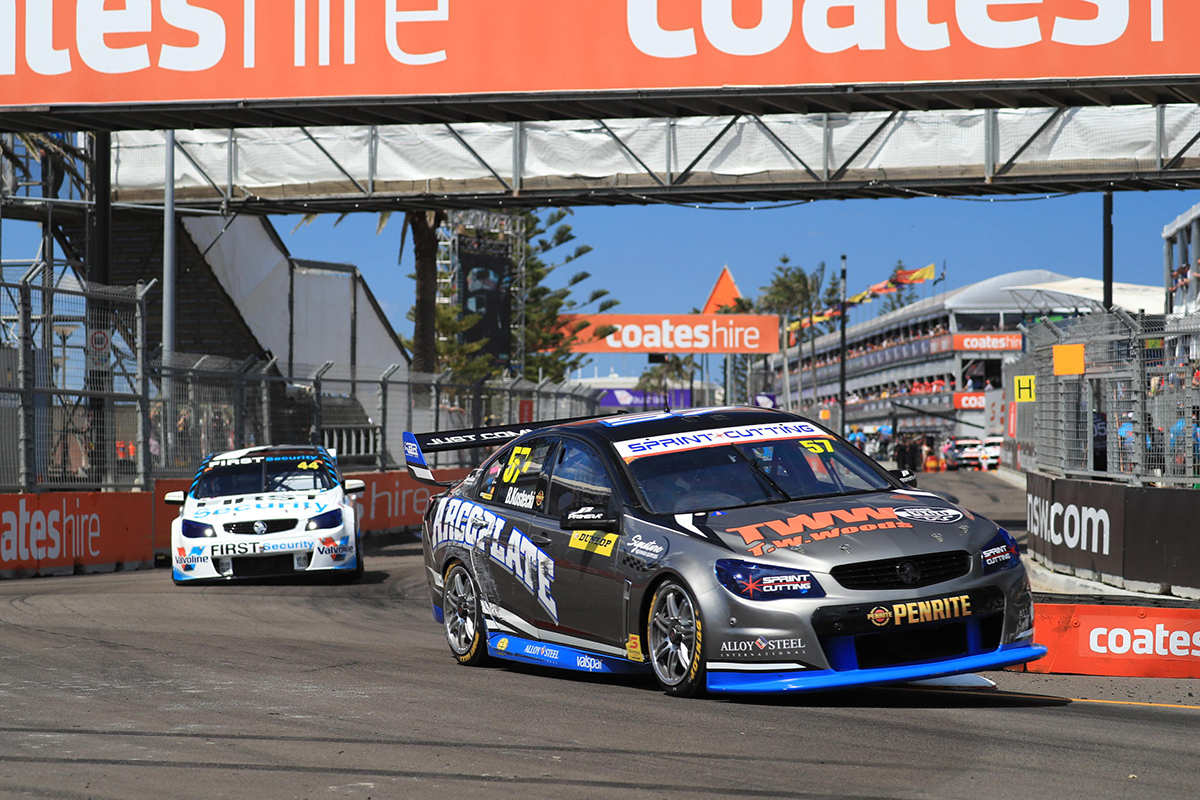 Holden driver Brodie Kostecki claimed a commanding victory in the opening race of the Dunlop Super2 Series finale, at the Coates Hire Newcastle 500.

With the results, Pither extends his lead in the championship to a 59-point buffer over Dumbrell, 129 ahead of Jacobson and 194 clear of Rullo, with one 150-point race to run.

Kostecki seized his opportunity to sneak past after Pither was slow off the line and held onto the spot for the entirety of the 20 laps.

Series leader Pither applied pressure in the early stages but couldn't find a way past and ultimately failed to stay with Kostecki, eventually settling for the next best position.

There was chaos from the start, as Thomas Randle speared into the back of Dean Fiore on the opening lap, both drivers shooting down the Turn 1 escape road and out of the race.

That brought out the safety car, which lasted until the start of the sixth lap, Kostecki leading off the restart and holding onto the spot for the remainder of the race.

Eggleston Motorsport's Will Brown and MW Motorsport's Jacobson finished within a second of each other, having been in a long-lasting battle for third, with Brown the eventual victor.

Dumbrell made a mistake on his own at Turn 2 on lap 12 while running third, dropping the two-time champion to fifth, where he'd finish.

The Holden trio of Mason Barbera, Jake Kostecki and Nathan Morcom rounded out the top 10.

MW Motorsport's Rullo started from the rear of the grid, having made contact with his team-mate Jacobson in qualifying, and ended the race 12th overall.

Shae Davies, who started from sixth and made his way up to third, ran wide at Turn 11 and then collided with Dumbrell on the re-entry, ending the Ford driver's race.

Dumbrell, though, did not sustain any significant damage and was able to continue without dropping any spots at the time.

Macauley Jones, who started from fifth, copped a pit lane penalty for tagging and spinning Kurt Kostecki during the eighth lap, dropping Jones to last, from which he salvaged just 19th.

The on-track action will continue with ARMOR All Qualifying for Race 2 at 10:30am on Sunday, followed by the final race of the weekend on Sunday afternoon.