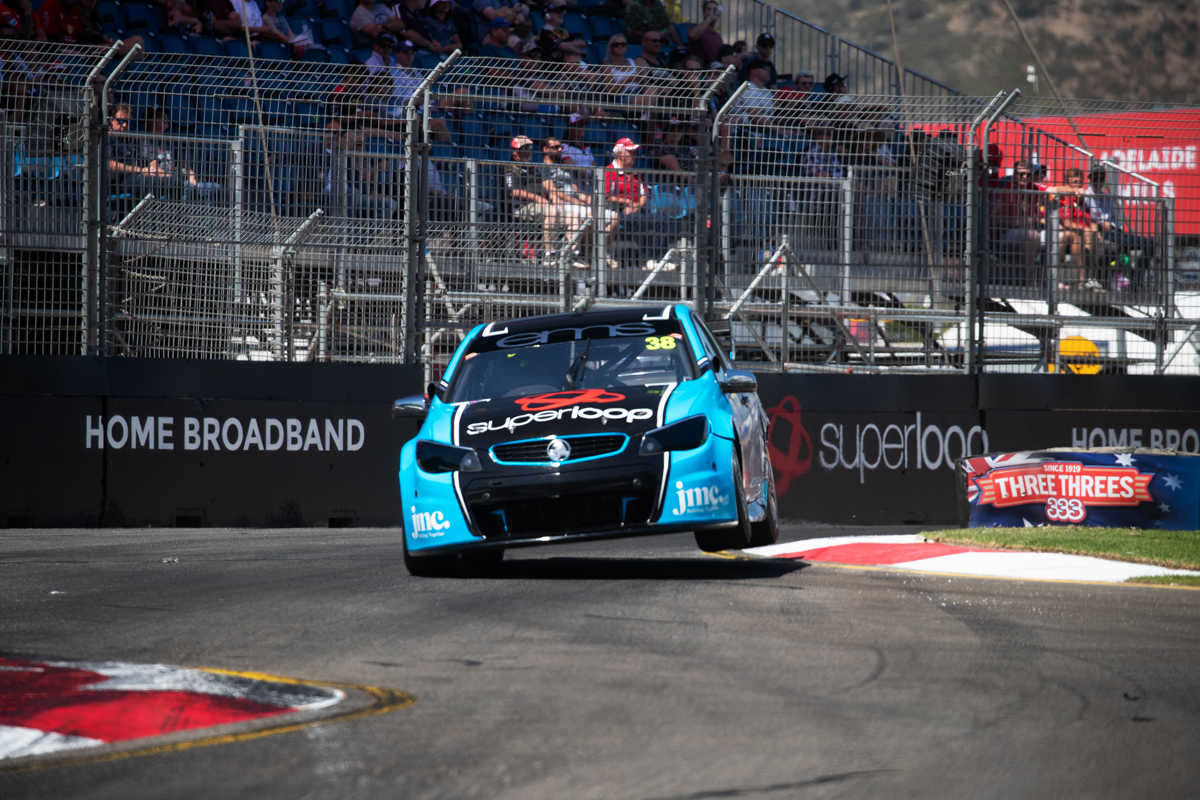 Brodie Kostecki has survived a brush with the wall and a Thomas Randle challenge to win a shortened second race of the Dunlop Super2 Series at the Superloop Adelaide 500.

Frontrunners Jack Perkins and Kurt Kostecki were caught up in an early incident, which brought out the Safety Car and ended Perkins' race.

Brodie Kostecki got a clean getaway – having struggled off the line on Friday – to hold off Randle through the Turn 1/2/3 chicane, and managed to keep the lead for the remaining 16 laps, originally 19.

The win didn't come without a scare for Kostecki, who tagged the unforgiving Turn 8 wall late in the piece but managed to escape without any major damage.

“I’m not really sure what happened, I think I may have hit some debris from Jack’s crash and the car never felt right after the restart and it slowly got worse throughout the race,” the 22-year-old told Supercars.com.

“Obviously I did hit the Turn 8 wall… but the car actually felt quite fine after the hit. I’m not sure what Ben [Eggleston, team co-owner] makes his cars out of but obviously they’re a pretty strong thing so really grateful for that one.”

Image Racing's Will Brown finished third, the same position he occupied in the opening race, ahead of star MWM rookie Jayden Ojeda in fourth.

Matt Chahda claimed his first ever top five finish in the second-tier series, backing up what had been a career-best seventh yesterday.

There was early trouble for Perkins and Kurt Kostecki, who tangled at Turn 11 on Lap 5 whilst fighting it out for fourth.

Battling door-to-door, Kostecki got into the side of Perkins, which pushed the Eggleston Commodore into the right-side tyre barrier and spun Kostecki in the process.

The Kostecki Brothers Racing Holden copped a pitlane penalty but was able to continue on; the same couldn't be said for Perkins who remained wedged in the tyre barrier with significant damage.

That brought out the Safety Car and racing would not resume until lap 10, with Brodie Kostecki controlling the race from there.

Jordan Boys finished sixth, despite being one of four drivers to hit the Turn 8 wall – the others being youngsters Angelo Mouzouris and Zane Morse.

Tickford Racing teen Broc Feeney was seventh ahead of Zak Best, who did well to keep his Altima off the wall after an incredible near-miss slide on the second lap.

Of the other rookies, Josh Fife and Mouzouris rounded out the top 10, while Morse retired early after suffering left-rear suspension damage.

Kurt Kostecki picked up some points, limping home to 11th.

The third and final race of the opening weekend takes place on Sunday at 1:25pm local time.