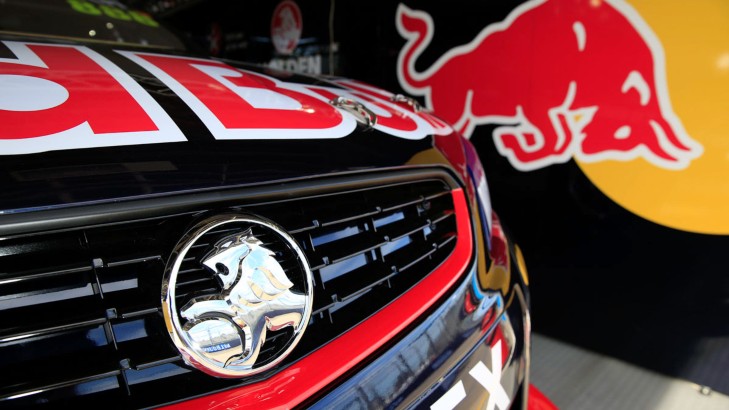 Brothers Kurt and Jake Kostecki have locked in two Triple Eight Commodores to race in the V8 Supercars Dunlop Series in 2016.

Racing and learning the 'new gen' cars are the first step to the ultimate dream - competing full-time in the V8 Supercars Championship.

Next year is the first teams can run the 'car of the future' specification chassis, and Kostecki Brothers Racing is the first Dunlop Series team to secure the new gen models for 2016.

The brothers believe upgrading their cars to what is driven in the main game is the best possible preparation for a future co-drive or opportunity in the V8 Supercars Championship.

"The good thing about new generation cars entering the series is that drivers will be able to get some valuable experience in these cars to then try and go for an enduro drive eventually," Kurt told v8supercars.com.au.

"For us, we're going to be learning these cars really early on. We're still really young and we're already getting the Next Generation car experience that we're going to need to potentially step up."

The Kostecki brothers are known for following the V8 Supercars pathway at tender ages. Older brother Kurt became the youngest ever Dunlop Series racer when he made his debut last year at 16, while 15-year-old brother Jake currently contests the V8 Touring Car series.

To help them in their V8 Supercars journey, Kostecki Brothers Racing are also set to receive technical support from Triple Eight as part of the sale of their two cars.

"They will definitely guide us in the right direction," Kurt said of the prospected support from the powerhouse V8 Supercars team.

"Especially with the cars being formerly theirs, they're not going to let one of their cars look bad.

By securing their new generation chassis for 2016, Kostecki Brothers Racing are eligible to submit a wild card entry for this year's Supercheap Auto Bathurst 1000.

While they won't be pursuing the opportunity to join the grid for the Great Race - telling v8supercars.com.au it's "completely off the cards" - Kurt hasn't ruled out a return to the Dunlop Series before year's end after he withdrew from the category before Queensland Raceway this year.

"But we're working as hard as we can to try and get something for this year [in the Dunlop Series], but because we're so far into the year, all the drives and cars are pretty much taken.

"At the moment it's not too much of a worry though, because we're just putting 100 per cent focus into our bigger plans for next year."

While he's eager to be one of the first to steer a New Generation V8 Supercar in the Dunlop Series next year, the eldest Kostecki is excited about entering his family-run team in the category, with plans to operate out of their native Perth.

"It's definitely one of the biggest things I'm looking forward to next year," he told v8supercars.com.au.

"Jake and I, we're as close as two brothers can get, so being able to share data and help each other improve - not just as teammates but as brothers - is going to be a really cool thing."

The 2015 Dunlop Series resumes at the penultimate round of the series: the Supercheap Auto Bathurst 1000, October 8 - 11. Click here for ticketing options.