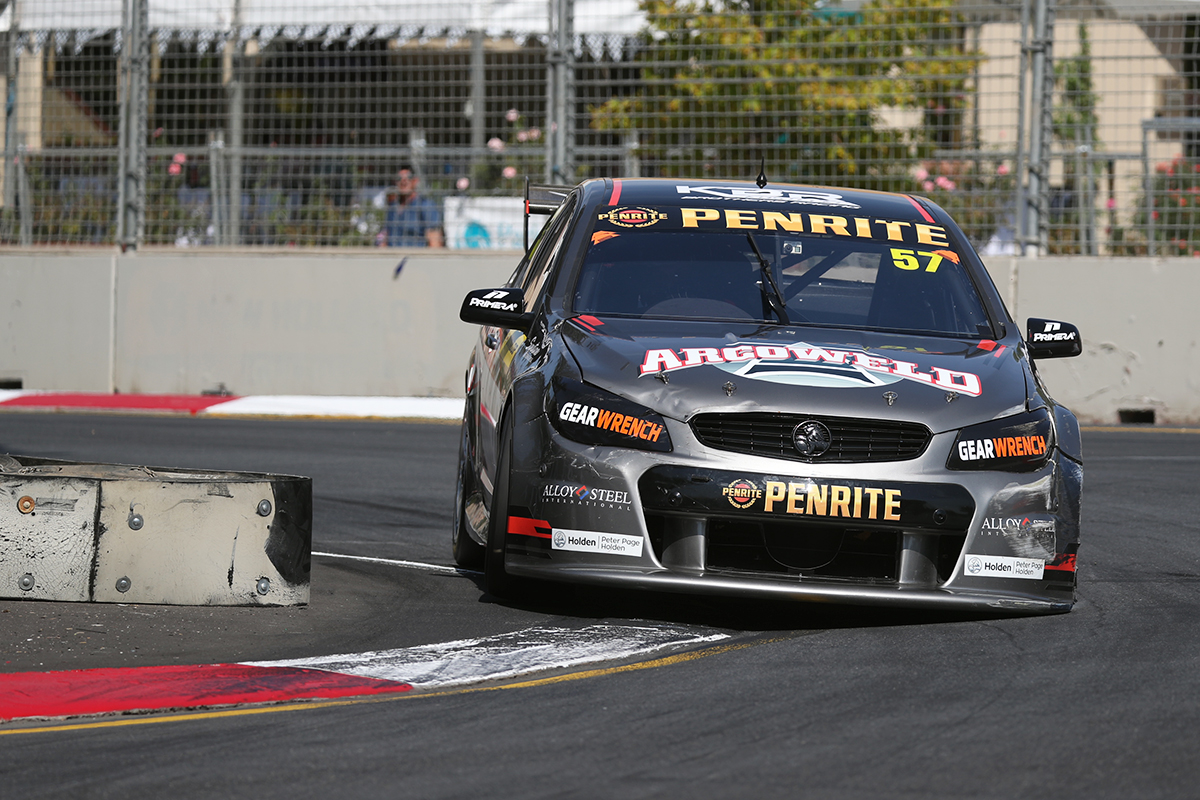 Kostecki started from fourth on the grid and was up into second by the end of the opening lap, before making his move on Fullwood at Turn 9 during lap 15.

Now in his second season with Kostecki Brothers Racing, Kostecki managed to ease clear of Fullwood for the remaining four laps and ultimately finished 2.8604 seconds clear.

MW Motorsport's Fullwood, who won yesterday's opening race of the season, led the field for the bulk of the 19 lap race, until Kostecki made his move.

Kostecki got by Mason Barbera off the line and then made a move on Zane Goddard for second at Turn 9 on the opening lap, putting him in a position to hunt down Fullwood.

Goddard finished Friday's opener in second, his best result in the series and was able to hold onto third in his MW Motorsport-run Nissan Altima on Saturday.

Barbera finished behind Goddard for a second time this weekend, one spot down from where he finished in the opener.

Dylan O'Keeffe was the best of the rookies in eighth, while Thomas Randle moved up the order to finish ninth and Triple Eight's Brenton Grove rounded out the top 10.

Randle was tagged and sent into the wall by Kurt Kostecki in the opener, forcing him to start towards the rear of the grid after his race was ended on the opening lap.

As a result of the incident, Triple Eight's Kostecki was handed a 35 points penalty, causing him to start the second race in the negative. He finished Race 2 in 13th.

Eaton had a rough second race, clouting the Turn 8 wall and then sliding into the Turn 7 tyre barrier, eventually finishing last after a trip to the pits.

Will Brown was another frontrunner taken out of the opener, after he was nudged by Brodie Kostecki and sent into the Turn 7 wall, with stewards taking no further action.

Brown was able to make up places in the Eggleston Motorsport-run Commodore and finished just outside of the top 10 in 11th.

The third and final race of the weekend will take place on the streets of Adelaide at 2:05pm on Sunday.

Bryce Fullwood  ›
Stay In The Know
Sign up to the Virgin Australia Supercars Championship Newsletter
We use cookies to ensure that we give you the best experience on our website. If you continue to use this site we will assume that you are happy with it.Ok