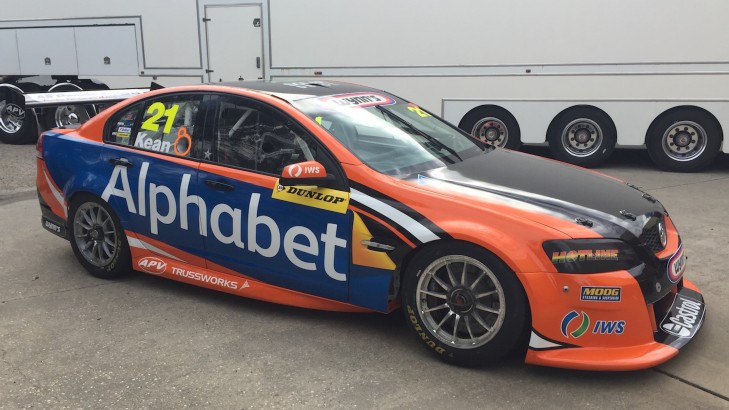 After a turbulent start to his V8 Supercars Dunlop Series season, Josh Kean is ready to make up ground with two events in May ahead of him in Perth and Winton.

For this weekend's milestone event, the UBET Perth SuperSprint -which marks 100 rounds of the Dunlop Series -Kean will run a new livery on his Holden Commodore VE II, teaming up with independent vehicle funding and management company Alphabet Fleet.

"It's great to have Alphabet on board for this milestone round," Kean said.

"The livery looks great and I can't wait to get over to Perth and cut some laps!" 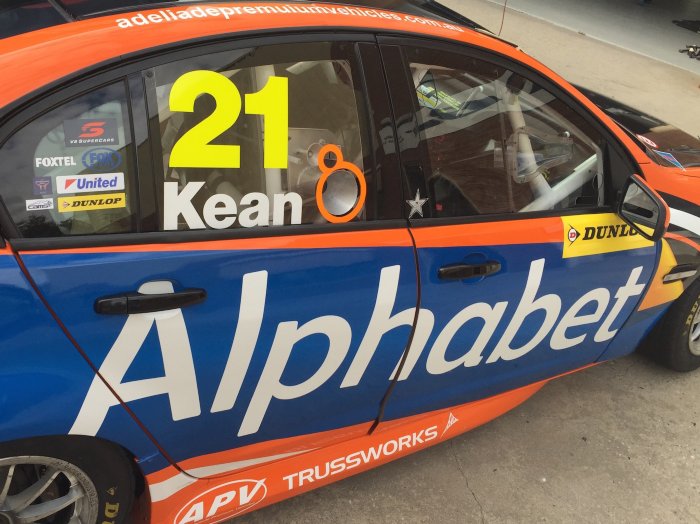 The 21-year old showed great qualifying pace at the season opening Clipsal 500, setting the eighth quickest time in qualifying, but after a team brake breach the car was relegated to the rear of the field.

Despite a DNF for race one, Kean made up plenty of ground, improving 11 positions to finish16th in race two, demonstrating Kean's talent and the strength of his Commodore, with both Brad Jones Racing teammates Andrew and Macauley Jones acknowledging his skills.

Since that first event, Kean participated in a test day at Winton, giving him another opportunity to work with his engineer Phil Curtis to develop the car and get some solid time in the driver's seat.

"It was a great thing to have a test two weeks before Perth," Kean said.

"It has been such a long break between Clipsal to now so it's been beneficial to get another good run in the car."

"It would be brilliant to get a great result for the team at Alphabet. My goal for Perth is to have a consistent weekend; I really want to get back into the top 10. I hope to qualify in the top 10, then I'll be trying my best to finish up in the top five."

The Dunlop Series kick off on Friday at Barbagallo Raceway.

Teammate Macauley Jones is also running a revised livery for the weekend, sporting PAYCE colours on his Commodore.

Josh Kean  ›
Stay In The Know
Sign up to the Repco Supercars Championship Newsletter
We use cookies to ensure that we give you the best experience on our website. If you continue to use this site we will assume that you are happy with it.Ok