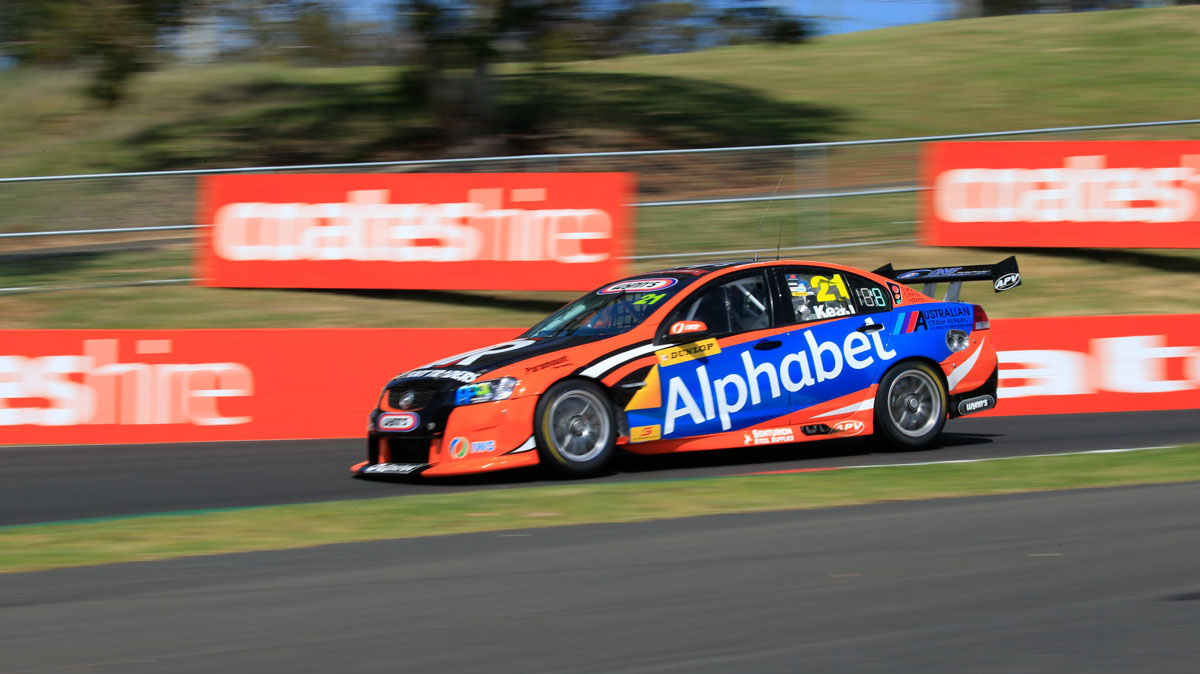 With the V8 Supercars Dunlop Series concluding this weekend, Brad Jones Racing is happy to announce Josh Kean will be continuing on with the team next year.

Kean will pilot one of BJR’s most successful championship cars ‘Tallulah’ in 2016 – the former Freightliner Commodore in the V8 Supercars Championship steered by Fabian Coulthard – as the ‘Car of the Future’ chassis is introduced to the category.

Kean’s first season with the Albury-based squad in 2015 has been a year of growth, having achieved one top 10 finish at Winton earlier this year.

But come 2016, Kean is eager to be a regular top ten finisher, and cites BJR’s success with the new-gen cars as advantageous to his campaign next year.

“To continue on [with BJR] is fantastic for me,” Kean said.

“It’s a really exciting opportunity to be driving one of the Cars of the Future next year. BJR have achieved so much with those cars already, so the experience and knowledge is going to be an advantage for me.

“Everything is starting to line up now, we’ve got all the right elements in place and next year we will focus on making it gel on that next level. The team is working together well, it’s just that 2015 was the season to learn and build. 2016 is the year that we move forward.”

Team owner Brad Jones believes 2016 will be an opportunity for Kean to showcase his true potential.

“It’s been a big 12 months for Josh in our Dunlop Series team. It has been a massive learning curve for him,” Jones said.

““It was apparent from Clipsal that he had excellent car speed. Our target for 2016 will be to help Josh with his consistency and when we get on top of that I have no doubt we will be fighting for podiums.

“The highlight for me was the battle with Taz Douglas at Townsville where he performed like a seasoned pro in a titanic dice lap after lap.”

Kean will make Tallulah’s Dunlop Series debut at the 2016 Clipsal 500 Adelaide, where it was driven to BJR’s first street circuit victory by Coulthard in 2015.

2015 Coates Hire Sydney 500  ›
Stay In The Know
Sign up to the Repco Supercars Championship Newsletter
We use cookies to ensure that we give you the best experience on our website. If you continue to use this site we will assume that you are happy with it.Ok