A late Townsville lap has secured a maiden ARMOR ALL Pole Position in the Dunlop Super2 Series for Macauley Jones.

The Brad Jones Racing driver recorded a 1:13.8324s in a final-run showdown to take pole for the opening leg of Round 4 of the 2018 season at the Watpac Townsville 400.

"It's been a big goal for me this year to try and get a pole position, it's something we've struggled with in the past," said Jones, who was fastest in practice on Friday.

"To come here to one of our favourite tracks, I'm really excited about that, I'm pumped.

"We've had some success in Formula Ford here, I've always loved the track and to top it off like that now is awesome." 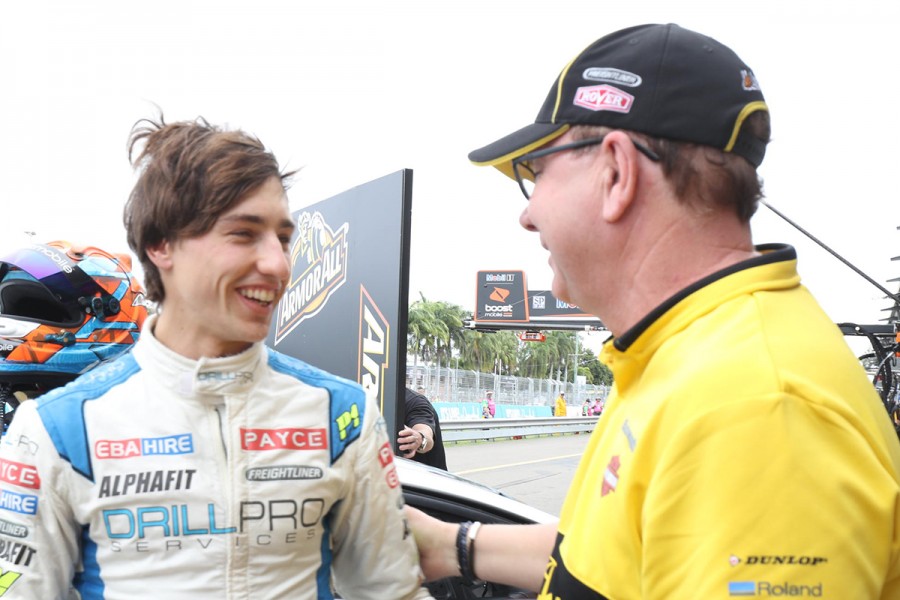 His father and BJR boss Brad Jones added: "It's fantastic, it's his first pole - he did a great job yesterday, to be able to come back today and replicate is fantastic and I'm really excited for the race.”

Kurt Kostecki set the pace early and held onto top spot for the bulk of the 15-minute session, but did not improve late and fell to 10th.

Perth round winner Dean Fiore will start 13th, three spots ahead of Bryce Fullwood, who has switched from Matt Stone Racing’s Falcon to Commodore.

Race 1 is scheduled to take place at 2:50pm, followed by the second and third races on Sunday.