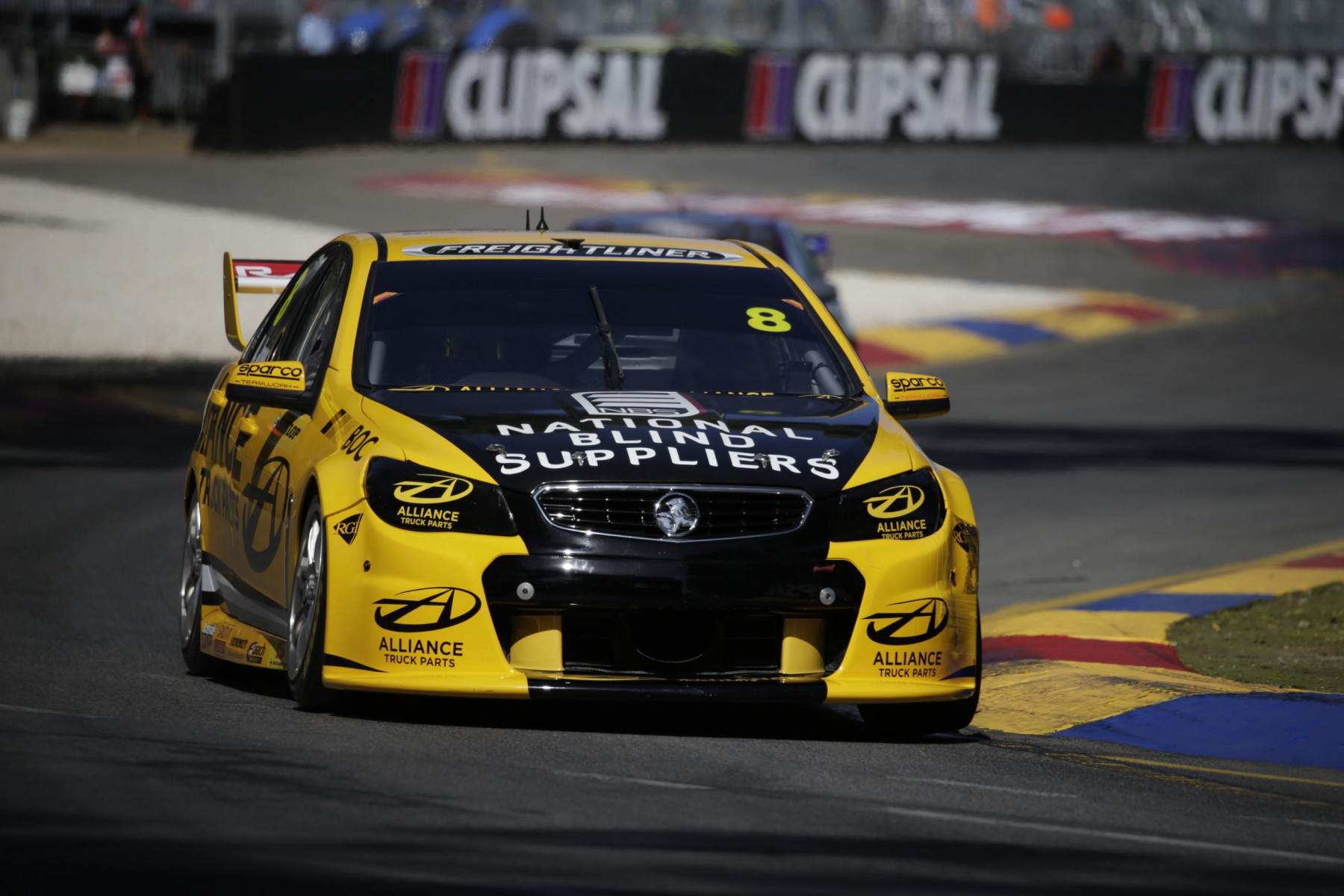 Andrew Jones has recorded the fastest time of the day in a drama-filled second practice at the Clipsal 500 Adelaide.

15-year-old debutant Alex Rullo had an alarming moment when his Castrol Racing VF Commodore caught fire as he accelerated onto the front straight, forcing him to stop on track for officials to douse the flames. He exited the car and watched it loaded onto a flatbed for the trip back to pit lane.

It was unfortunate for the youngster, losing valuable track time as he looks to establish himself in the development series.

Cars returned to the circuit with 16 minutes left on the clock, all drivers looking to maximise their final session of the day, with Andrew Jones' 1min22.27 recorded in the late stages setting the benchmark.

MW Motorsport’s Bryce Fullwood and Josh Keen ran off track at turn 11, however both managed to keep it off the wall and re-join without incident.

Dan Day had a run in with the tyre barrier at the turn one chicane, ripping out his front left wheel well. The damage was minimal, and after a quick pit stop he was able to continue.

Series rookie Anton de Pasquale was impressive in the session, running in the top-five for most of the session in his first V8 Supercars event weekend. He has good pedigree, having been successful in European open-wheel racing. He finished the session 11th.

16-year-old Jake Kostecki ran off at turn nine with seven minutes left, a demonstration of his willingness to push the boundaries in his first Dunlop Series outing. He finished 18th for the day.

The laps started coming thick and fast in the final minutes with the top seven dropping into the low ‘22s.

Hazelwood reeled off multiple fast laps in his next-gen VF Commodore, only three-hundredths off Jones in P1. He earned himself two kerb strikes along and p2 for his efforts.

The V8 Supercars Dunlop Series will continue tomorrow with qualifying in the morning, followed by race one in the afternoon.

10/02/2016
Stay In The Know
Sign up to the Repco Supercars Championship Newsletter
We use cookies to ensure that we give you the best experience on our website. If you continue to use this site we will assume that you are happy with it.Ok