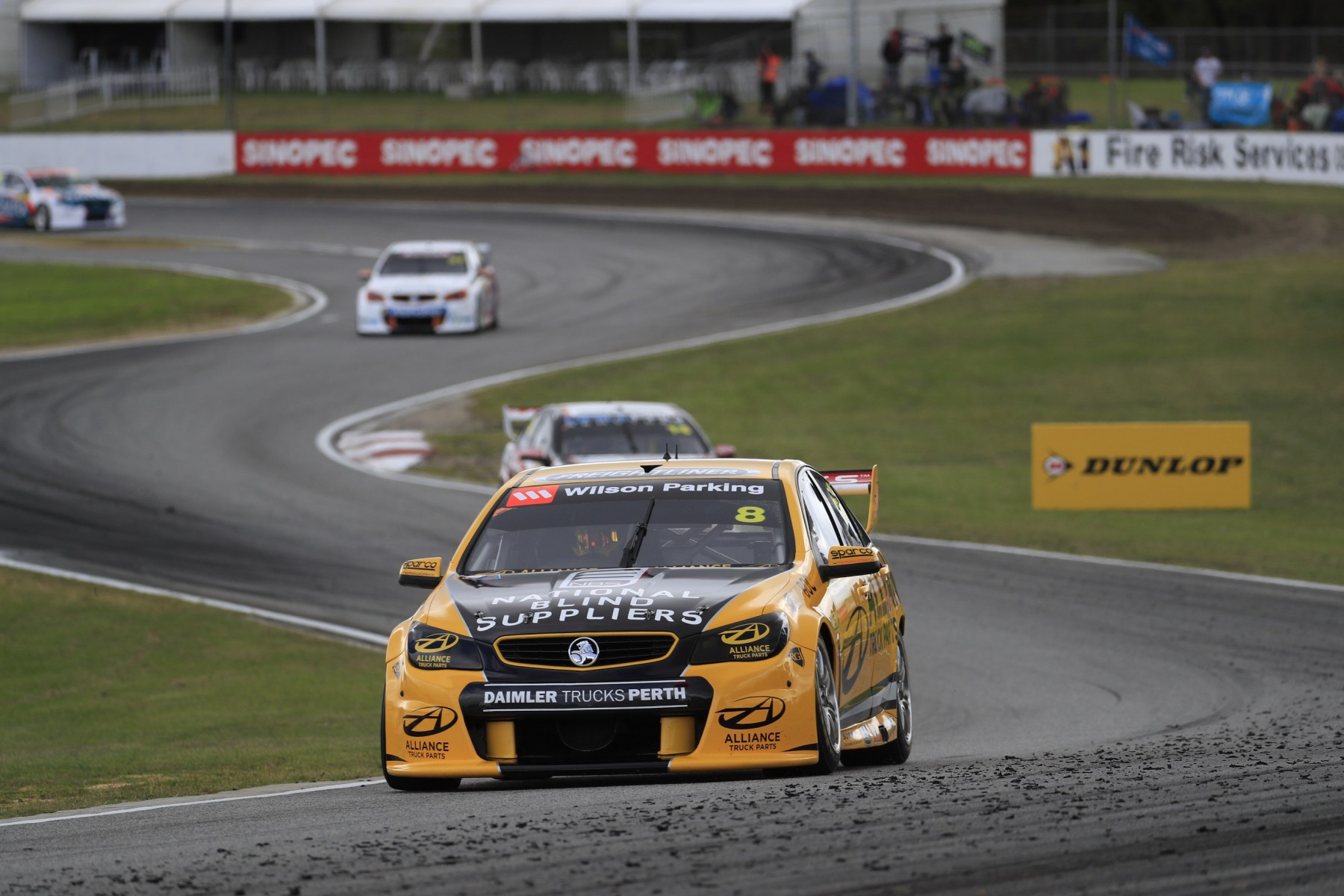 Again in second place for the session was Paul Dumbrell, eight-tenths behind the Brad Jones Racing driver.

The majority of the times were set in the first 10 minutes of the session, which was run in dry conditions.

MW Motorsport’s Shae Davies had a moment at the final corner, returning to the track with a front splitter full of dirt and debris. He was eighth at the chequered flag.

It wasn’t easy for the locals, with Adam Marjoram again running off circuit, whilst first time Dunlop Series driver Gary Hills went into the sand at turn seven. They finished 15th and 23rd at the end of the running.

It was Series leader, Prodrive’s Garry Jacobson that gave everyone heart palpitations when he had a massive front end lock-up, speeding straight ahead at turn seven and almost into the wall. He was lucky to avoid the concrete, and finished the session in tenth place.

Matt Chahda had another hard session, when he went long at Kolb Corner, heading all the way to the tyre wall before stopping his #18 Falcon. He ended the session 20th.

As the rain continued, teams took the opportunity to get some wet weather running. With forecasts for the weekend suggesting more rain, they may well need the experience.

The Supercars Dunlop Series will return to the track in Perth tomorrow for qualifying at 11:05am local time.