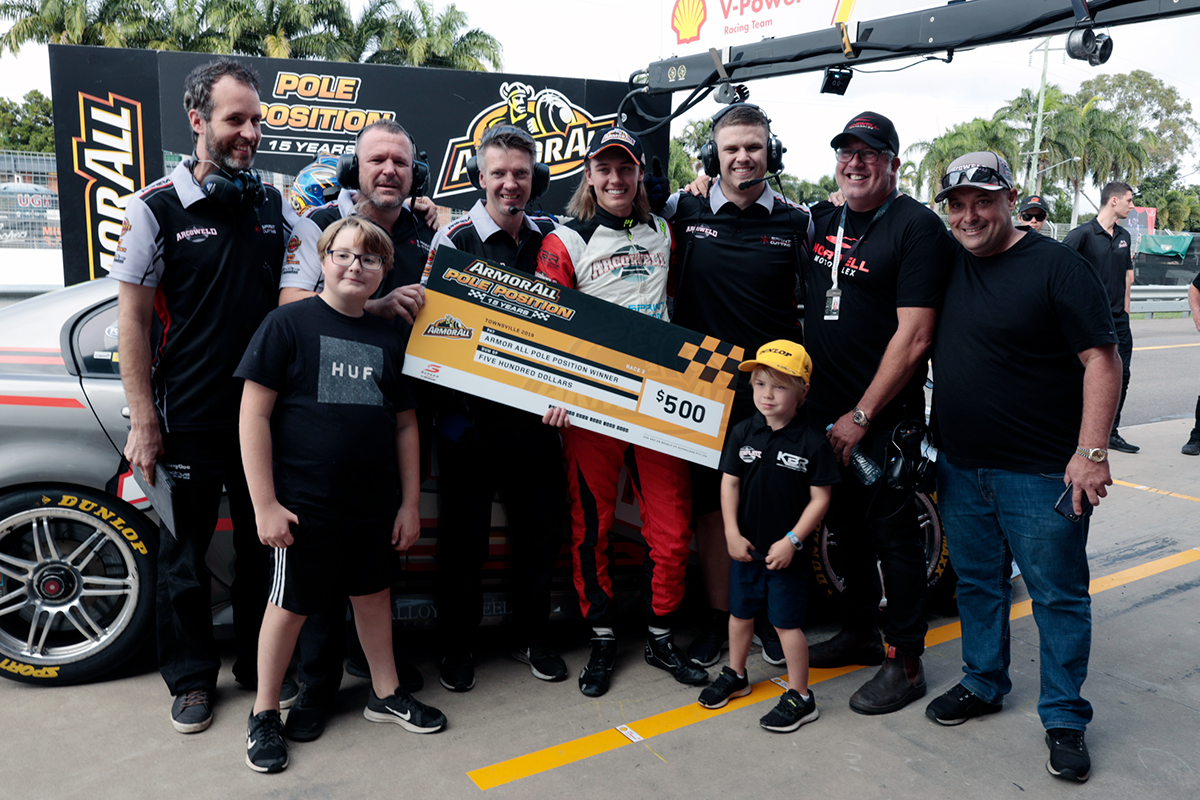 A day after brother Kurt claimed a maiden Dunlop Super2 Series ARMOR ALL Pole, Jake Kostecki took a breakthrough of his own on Sunday in Townsville.

The Kostecki Brothers Racing driver recorded a 1:14.2819s after the chequered flag had flown in ARMOR ALL Qualifying for Sunday's Race 2.

Kostecki qualified 10th and then retired from the opening race with a mechanical failure, but bounced back to finish 0.0469 seconds clear.

It pipped former Supercars full-timer Tim Blanchard, who had moved to the top in the closing stages.

Series leader Bryce Fullwood will start alongside Triple Eight's Kurt Kostecki, the pair both in provisional pole momentarily towards the end.

Jack Perkins set the early pace with a 1:14.7667s lap, before he was displaced by Fullwood and then Justin Ruggier.

Tickford Racing's Thomas Randle, who was stripped of his opening race win after receiving two post-race penalties, ended up eighth.

Rookies Dylan O'Keeffe and Tyler Everingham rounded out the top 10.

Will Brown could only manage 15th, one place ahead of Matt Stone Racing's Ash Walsh, who won the last round in Perth.

The second and final race of the weekend will take place at 1:45pm local time, as part of the Watpac Townsville 400.