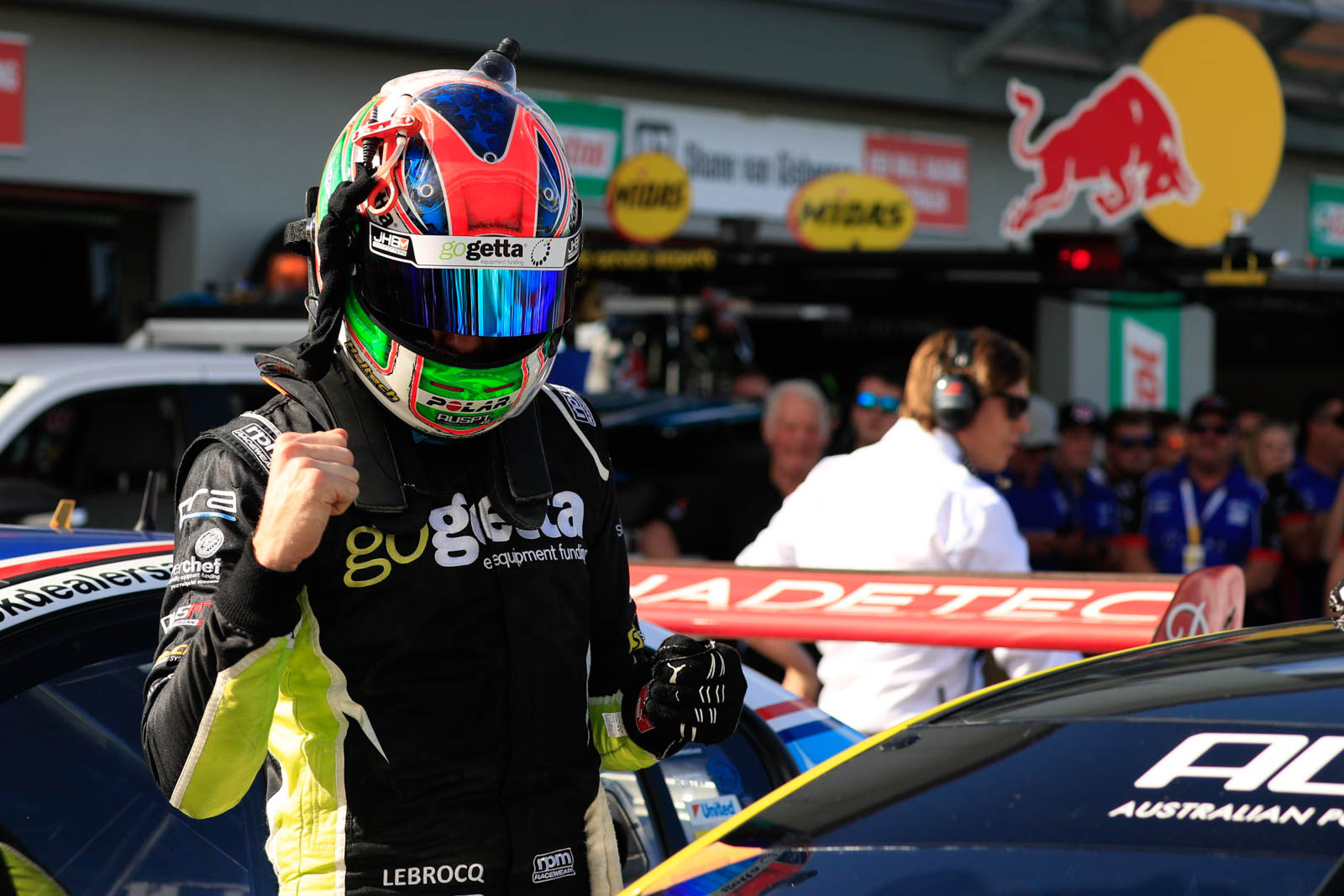 Can’t believe we are now heading into the final race weekend of the year – where did that go?!

Seems like only the other day we rolled out the GoGetta Falcon for the first time at the opening race of the 2016 Dunlop Series on the Clipsal weekend, and five rounds later it has come down to this.

Along the way we’ve had some great weekend, especially Perth and Townsville, and some disappointments too … Sandown I made an error which proved costly and at Bathurst a safety car cost us any chance of winning.

It’s the way the sport goes and while I am disappointed that winning the Dunlop Series looks unlikely, I’ve loved working with PRA, I’ve learned a lot and enjoyed every moment of it.

The 2016 Dunlop Series title is effectively out of my hands … all I can do is try to maximise the weekend with a couple of wins, and then the rest will depend on what happens to my teammate.

If he has a drama, I am a chance, if not it’ll be Garry’s title.

Aside from the Dunlop Series program, a high point this year was sharing PRA’s Monster Falcon with Cam Waters.

Cam is a mate so it was always going to be enjoyable anyway, and while Sandown and Gold Coast didn’t really play our way, fourth at Bathurst was pretty amazing.

Maybe there was a little frustration that the car wasn’t as competitive as we’d have liked it to have been in Victoria and Queensland, but at Bathurst the Monster Falcon was very strong and we had a great race.

I exited Bathurst feeling that I had got a better understanding of what it takes to run at the front in the main game, and I now feel like I have a reasonable handle on the Bathurst track too.

Every time you get in a car you learn something, whether it be the Dunlop Series or the main game, so I feel a lot has been achieved this year … and I am keen to keep that up as we head into 2017.

As to what I am doing next year, we have a strong program in place and it’s another step toward my ultimate goal of a seat with a big team in the main game.

Meantime, my focus is on Homebush … we’ve been unlucky at a couple of critical moments this year, maybe we can be a bit luckier in Sydney.