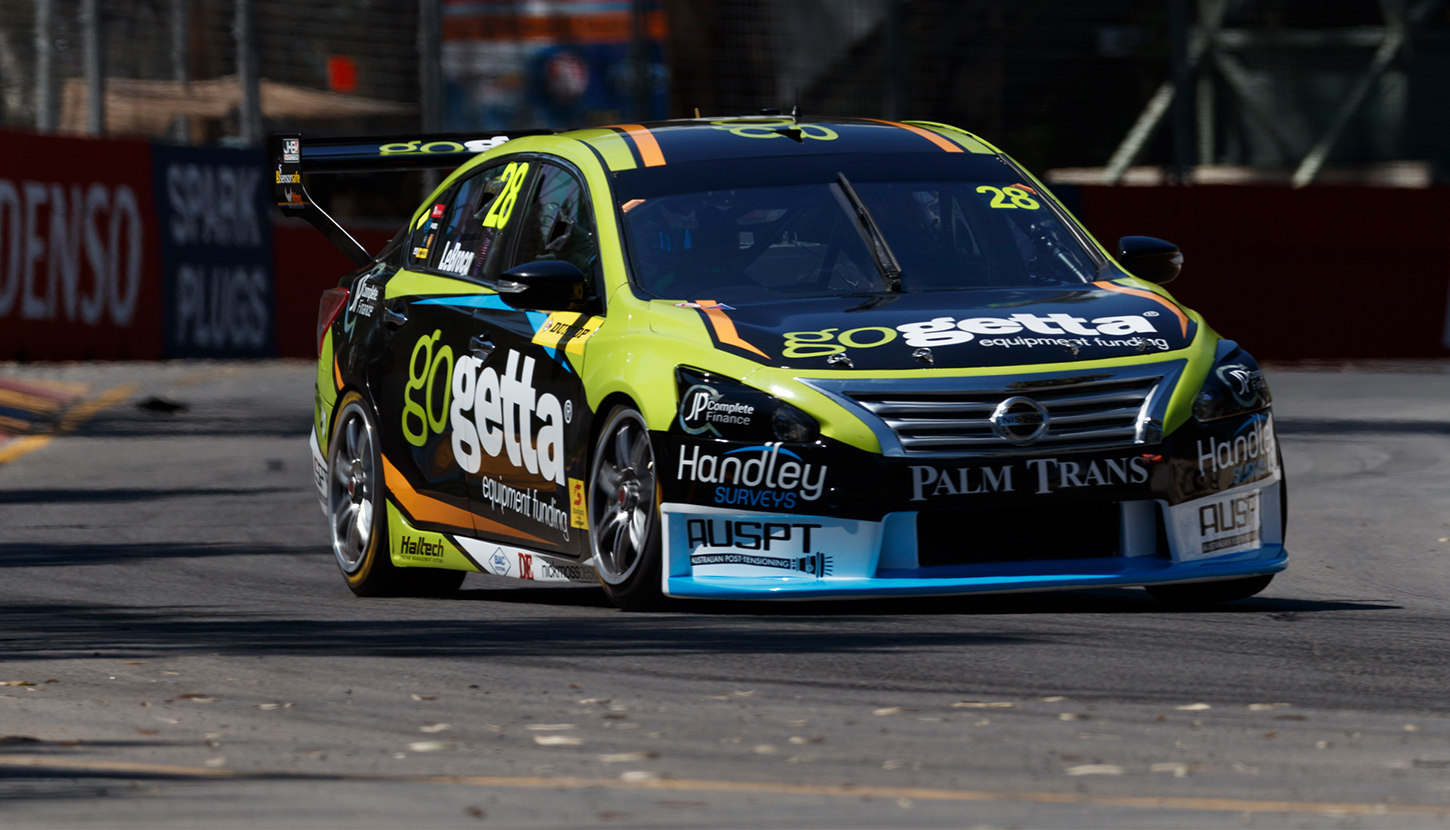 I'm back into Super2 mode for this weekend at Sydney Motorsport Park and hopefully a venue that will suit the GoGetta Nissan a little better than did Townsville.

As I anticipated, we struggled for ultimate speed in Townsville because the stop-start nature of that street track didn’t suit our Altima as well as it did the Triple Eight-spec Commodores and the PRA built Falcons which I drove there to back to back wins and poles last year.

Having said that, we were genuinely fastest on Friday and had I not made a mistake in qualifying on Saturday, we should have been fastest then too … but I did, and that made it a tough weekend for us from there.

Because the Nissan doesn’t get out of the corners as well as the Commodores, once you’re behind them at a track like Townsville it’s next to impossible to pass. You just don’t have the grunt out of the corners to punch onto the straights and draft by.

So we did what we could at Townsville and looked to be on for fourth overall, not great but a decent result considering we knew it’d be the toughest Super2 round of the year for us.

Unfortunately, we were the innocent victim of a concertina accident at the last lap restart and got turned around, dropping us down the back of the field. That was hard to take because we really needed that result to stay in touch with the Super2 championship lead.

My experience this season is that the Nissan is at its best at fast, flowing tracks like Phillip Island … and hopefully, I think, like Sydney Motorsport Park. Places where low-down acceleration is less important than high-speed stability and momentum.

I drove Todd’s Carsales Altima at the pre-season Test Day at Sydney Motorsport Park back in February and it felt pretty good there, it was quick, so I am hoping that’s a good sign for the weekend.

No question we need some strong results to get us back into play for the Super2 title.

Looking beyond Sydney Motorsport Park, I am really looking forward to sharing the Carsales Altima with Todd in this year’s Endurance Cup, starting at Sandown next month.

No question, we had a frustrating weekend with the GoGetta Nissan in our second Wildcard round at Queensland Raceway recently and really only got on top of a setup that worked for us, for Sunday’s race.

Unfortunately I didn’t get to use the speed the car had on Sunday because we got taken out early in the race, but what was an interesting comparison for me was to drive Todd’s car the very next day at a Nissan Ride Day.

Obviously the factory Nissan team is hugely experienced at running these cars whereas we are still learning with ours, but Todd’s Altima felt fantastic and I could instantly understand why I couldn’t run with him in the races at Queensland Raceway!

There’s so much to learn, so much experience you have to have … the good thing is that all these miles are adding up and I feel like I’ve learned a bucket load already this year.

Muscat moves on after penalty

Jack Le Brocq  ›
Stay In The Know
Sign up to the Virgin Australia Supercars Championship Newsletter
This website uses cookies to improve your user experience. By continuing, you will be providing your consent to our use of cookies.Ok