Jack’s chat: Out on the Town 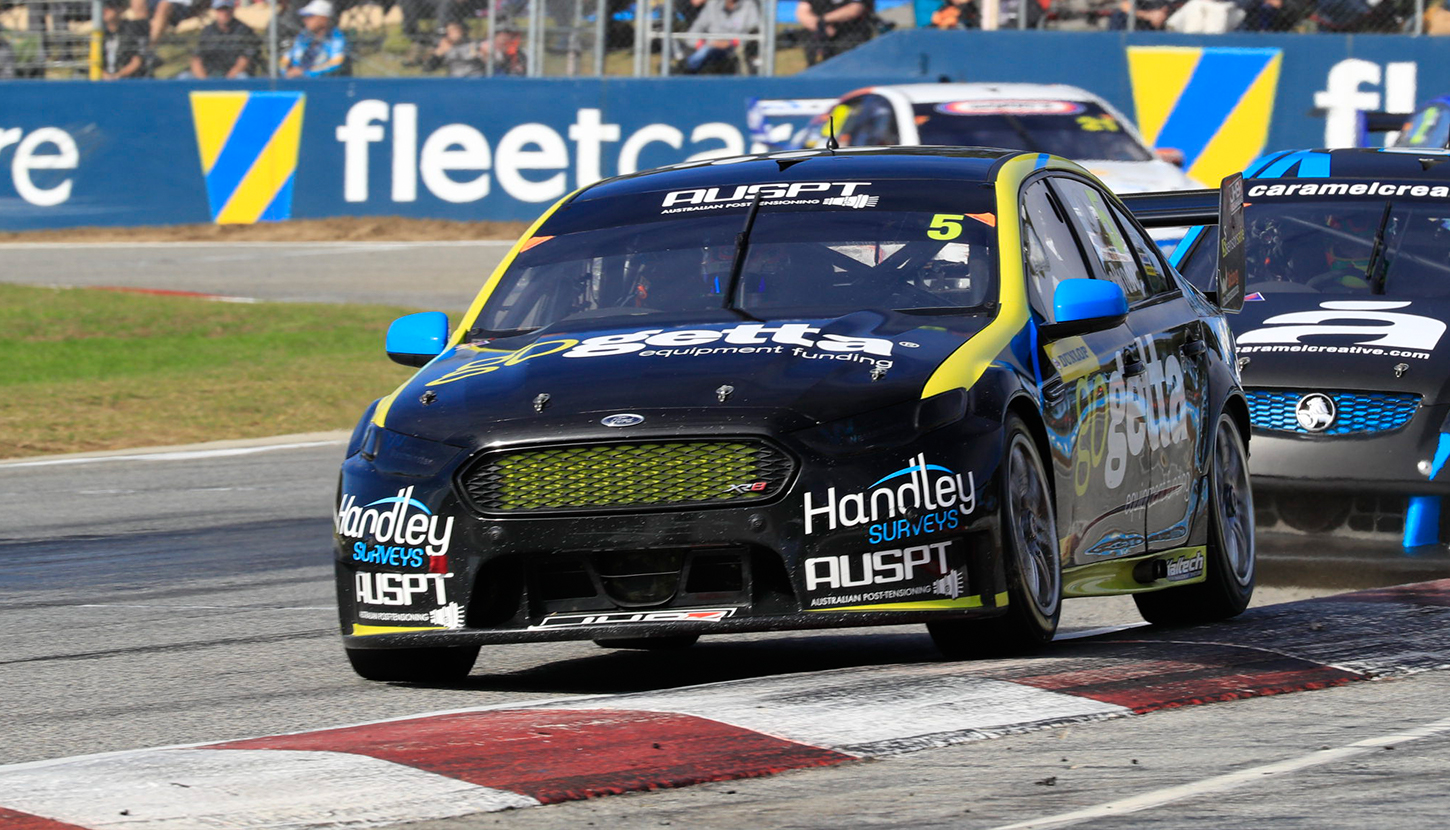 Townsville is upon us and I can’t wait … we had a great day testing the GoGetta FG X at the end of June so I am confident on another great showing this weekend.

Last time out things could hardly have gone any better. A front row start. Three wins from three races. Joint lead of the Dunlop Series. Mint!

Perth’s third Dunlop Series round was just what I needed to get my championship challenge back on track, after the first two rounds didn’t go to plan.

And now we head to Townsville this weekend to do battle again, on a track I enjoy and had good success at last year … I was third overall for the round behind my good mate Cam Waters.

Three wins in Perth was a fantastic outcome for everyone at GoGetta and PRA did a great job with the car, I really felt that I had finally got to grips with getting the best out of it.

You will have seen, though, that my starts weren’t a high point of the weekend … what you didn’t see, though, was that we had a clutch issue for races two and three and didn’t have time between them, to fix it.

So I can’t wait to get to Townsville and show everyone I can actually make good starts!

I’ve actually already spent some time in Townsville this year … a few weeks back I headed there with Supercars for a promotional tour, doing some media, visiting schools in Townsville and down the road at Charters Towers, that sort of stuff.

Had a great time and got to understand how much everyone loves the Supercars round up there, and how well supported it is from the Mayor and council, to locals and especially the school kids.

Hopefully we can put on a good show for them this weekend.

My big news since last round is that I’ll be co-driving Cam Waters in the Monster PRA Falcon in this year’s Pirtek Enduro Cup.

I’ve known since the start of the year but we had to keep it quiet for a while, which is really hard when you want to tell everyone!

Anyway, I am delighted with the faith PRA has shown in me and sharing the car with such a good mate will be awesome.

I got my first run in the Monster Falcon at the Winton main game round in the co-driver session, and it felt pretty good.

There’s some minor but important differences between what’s allowed in the main game and what you can do in the Dunlop Series, so I had to get used to that. Cam’s car steers and brakes a bit differently to mine, but it didn’t take long to adapt.

I’m a bit taller than Cam, so at Winton we figured out a driving position that’s going to work for both of us, which is one of the major problems of sharing a car in the Enduro Cup races solved.

My best lap at Winton was spoilt by traffic but I still ended up second fastest, and I felt very comfortable in the car.

I’ll be pulling double-duty at Sandown and Bathurst later this year, driving both cars, so it’s going to be busy … but what an opportunity, I am very lucky and appreciative.

Speaking of Winton, we had a great Test Day there last week with the GoGetta Falcon.

We ran through a program of things we wanted to try and I did a number of practice starts, working on that. The clutch felt great, I think we’ve solved the issue. Best of all we were quick all day, no matter the tyres or the time of day, so that’s encouraging.

Can’t wait to get to Townsville.