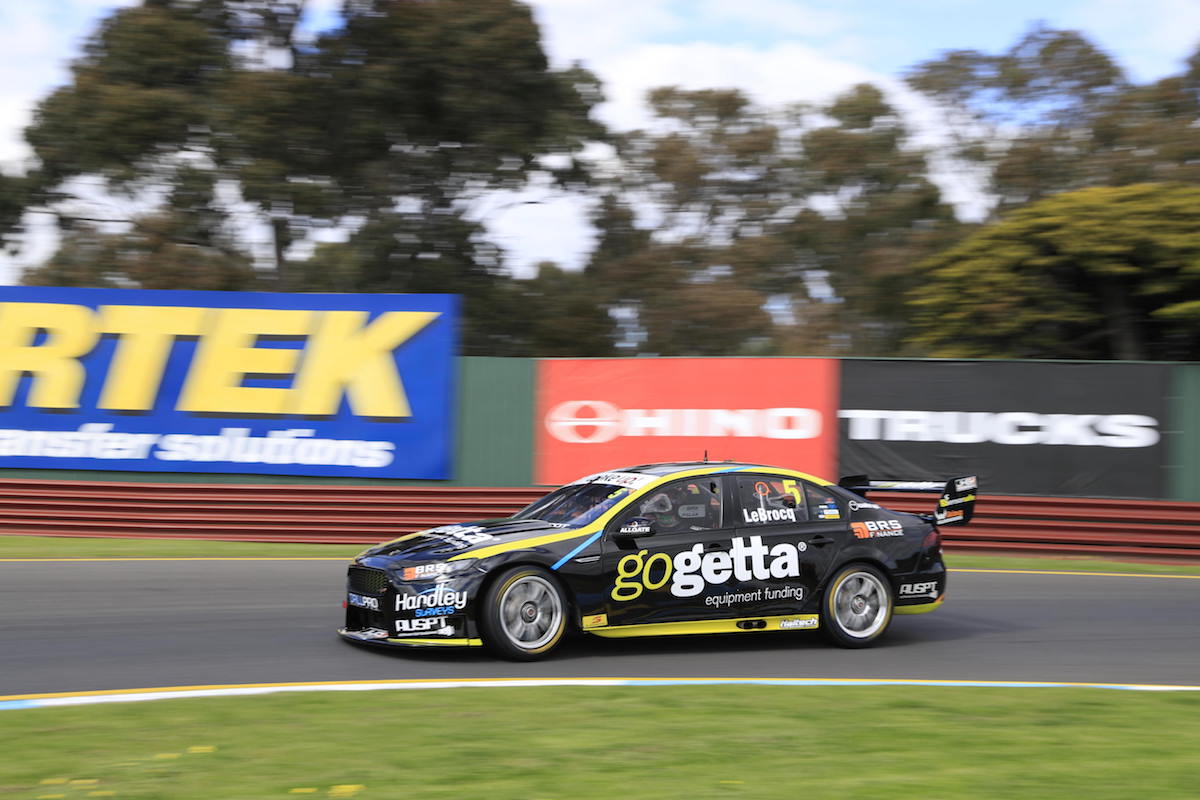 Bathurst is almost upon us now and I can’t wait.

After a tremendous Townsville, the highs and lows of motor racing were amply demonstrated to me at Sandown when we had an inauspicious weekend, especially in my GoGetta Falcon.

I’m not going to dwell on the Sandown weekend except to say that I got tangled up in a couple of incidents I’d rather not have, and although the DSO exonerated me in both instances, I was not pleased to be a part of either of them.

So our Dunlop Series championship lead has become second in the points chase after Sandown, and that’s something I will do my best to reverse on Saturday at Bathurst.

Although the PRA boys worked miracles at Sandown, working until 3am on Sunday morning to get the GoGetta Falcon repaired after the big multi-car shunt in race two, understandably after having the front left corner ripped off, it wasn’t 100 per cent right and will need to go back on the plate for a full rebuild.

So I will be stepping into the team’s spare car at Bathurst, a chassis which Cam Waters raced very effectively in Monster colours in the main game earlier this year, and he liked it … so I am confident we’ll be strong there.

Bathurst is different to the other Dunlop Series rounds because it is just one single race, on the Saturday afternoon.

It’s a 41 lapper, with a compulsory pitstop, though it’s more a GT-style pitstop than a regular Supercars pitstop.

Making a clean stop, and getting the timing right for the stop, is an important part of having a successful race, so I am very pleased to be part of the PRA operation … obviously it’s an area in which they excel.

For my part, I love Bathurst, what a track, what a race!

I’ve done a few Bathurst 12 Hours in GT cars now, plus last year’s Dunlop Series race in a Matthew White Falcon and the 2015 Bathurst 1000 for Erebus in its Mercedes Benz E63 with Ash Walsh.

At Bathurst this year I’ll be partnering up with Cam Waters in the PRA-run Monster Falcon in the main race again, as I did at Sandown, hoping for a better run this time.

Sandown’s wet-dry track conditions made life difficult and the engine in our car wasn’t in the best of health right from the start of the race, so it was difficult to fight for position with its lack of power.

In the end, at about two-thirds distance, the motor failed and put us out. It was a disappointing end after we’d both put in the hard yards.

Cam and I aren’t disheartened, however.

We think the Monster Falcon will be very quick at Mt Panorama and we’re keen to get stuck in … there would be nothing better than bouncing back with a big result, it’s the race that everyone in Australian motorsport wants to win one day.