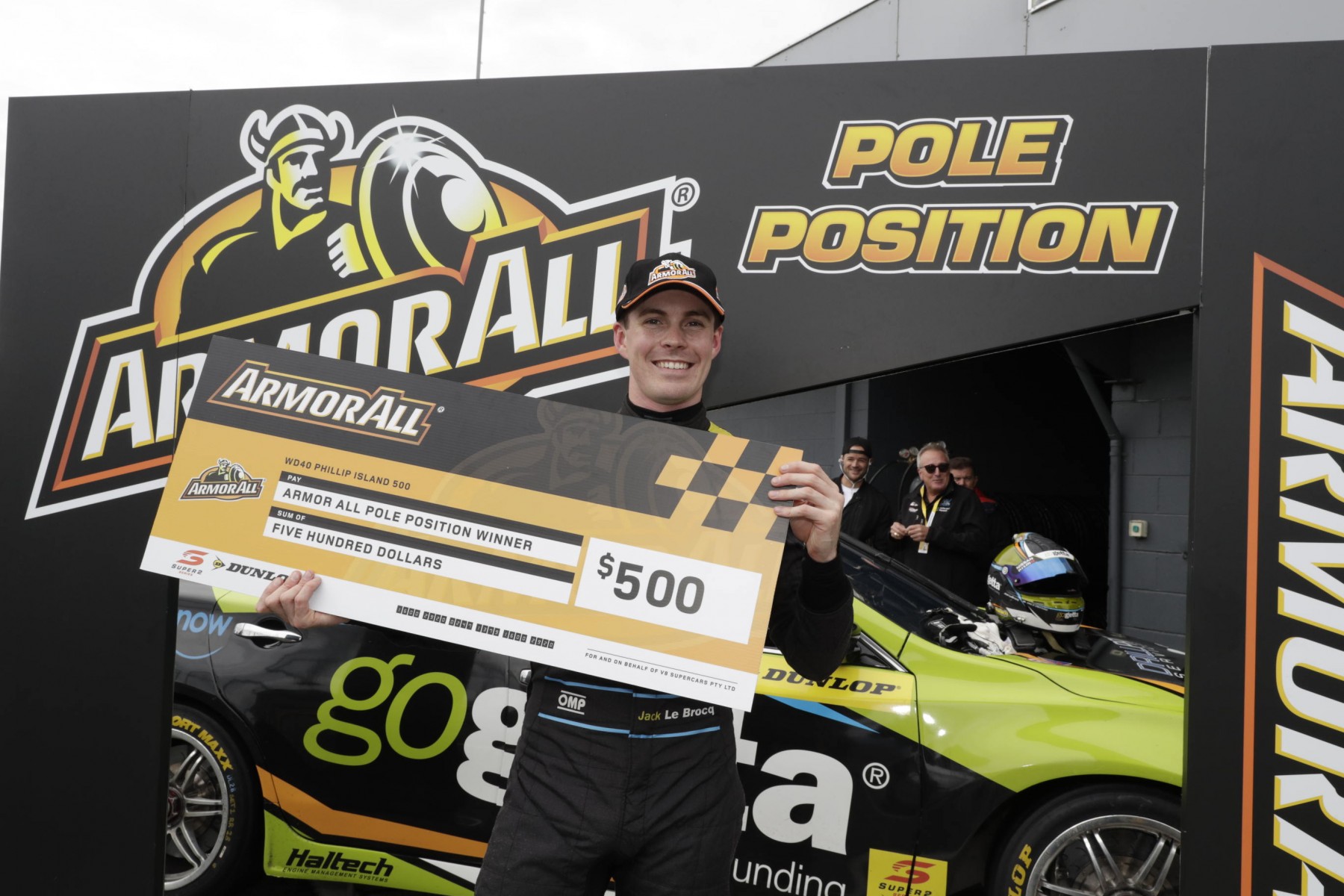 Le Brocq topped the qualifying charts with a best lap time of 1.31.4045s, ahead of former Prodrive teammate Garry Jacobson.

The Nissan enduro driver emphasised his growing confidence in his Altima after taking out pole today.

“It was a good package straight out of the gates,” Le Brocq said.

The MW Motorsport driver will be determined to double up and take out a second race win of the season this afternoon after victory in race four at Symmons Plains.

Defending champ Jacobson battled his FG X Falcon in the session and will line up next to Le Brocq for the Dunlop Super2 Series Race One this afternoon at 2:30pm.

Paul Morris Motorsport’s Anton De Pasquale will sit on the second row of the grid after claiming P3 in qualifying alongside Shae Davies in the second Altima.

The Phillip Island Grand Prix Circuit remained dry for the duration of the Qualifying session.

Josh Kean went off track after a 180 degree spin through turns one and two.

"Once it hit the dirt I couldn't stop it,” Kean said after his off track adventure.

Kean returned to pit lane for the team to assess his Prodrive falcon and returned to the field with seven minutes remaining in the session eventually qualifying 12th.

Race One for the Dunlop Super2 Series will commence at 2:30pm this afternoon.

08/04/2017
Stay In The Know
Sign up to the Repco Supercars Championship Newsletter
We use cookies to ensure that we give you the best experience on our website. If you continue to use this site we will assume that you are happy with it.Ok