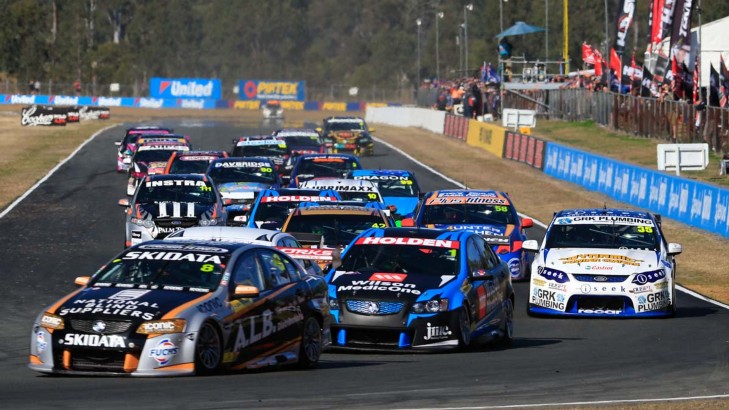 The new additions to the 2016 V8 Supercars Dunlop Series calendar have been welcomed by the category's driving fraternity, believing the new rounds will assist their pursuits for a co-drive in the V8 Supercars Championship.

The seven-round calendar was announced last week, revealing the Dunlop Series would return to Phillip Island and Sandown in 2016.

The new additions to the calendar replace Winton and Queensland Raceway next year, and see the category feature during five of the six V8 Supercars events broadcast live on Network 10 throughout the year.

With Sandown as the traditional kick-off to endurance season, many of the category's burgeoning talents believe the laps they'll clock in the Dunlop Series at Sandown will help secure a co-drive in the PIRTEK Enduro Cup.

iSeek Racing's Todd Hazelwood is one of them, with the 2014 Mike Kable Young Gun yet to be given his break into the Championship as a co-driver.

"It's a massive benefit," Hazelwood told v8supercars.com.au of the opportunities Sandown presents in joining the Dunlop Series calendar.

"Part of the reason why I raced the V8 Utes at Sandown this year was just to get some laps under my belt... so to be racing in the Dunlop Series next year at Sandown, I'm sure will help with the talking with the main series teams [about a potential co-drive].

"Hopefully they can see that we'll be getting valuable laps at Sandown and Bathurst in the Dunlop Series, and hopefully that will translate into the main game and a chance to showcase what we can do."

Veteran racer and former Dunlop Series Champion Andrew Jones agreed, citing that the circuit characteristics of Sandown will be invaluable learning for the category's developing talent.

"Sandown is quite a tricky track, which is good one for the young guys to go to," he said.

"It's very low grip, there are a lot of different surfaces... so in terms of what the Dunlop Series is supposed to do for young drivers, young engineers and young mechanics, it's a really good circuit to go to because nowhere else do you have such surface changes and real aggressiveness on kerbs.

"It requires a few things, not only from the driver but from the engineering group to think outside the square a little bit. It's just another good learning box that the category has ticked."

The 2016 Dunlop Series calendar also presents a number of commercial benefits for teams and drivers by featuring at several marquee V8 Supercar events.

"Commercially, it's really great for our series," Hazelwood said.

"When you have a smaller event at Winton, it's really hard to get [sponsors] on board. But when you're racing at Sandown - which is basically in the middle of Melbourne - it's really good to get clients and all of their staff involved at the event.

"At the end of the day, there's not really a lot of major head offices in Winton compared to Melbourne, so it's a good opportunity for new partnerships to get involved in the category next year."