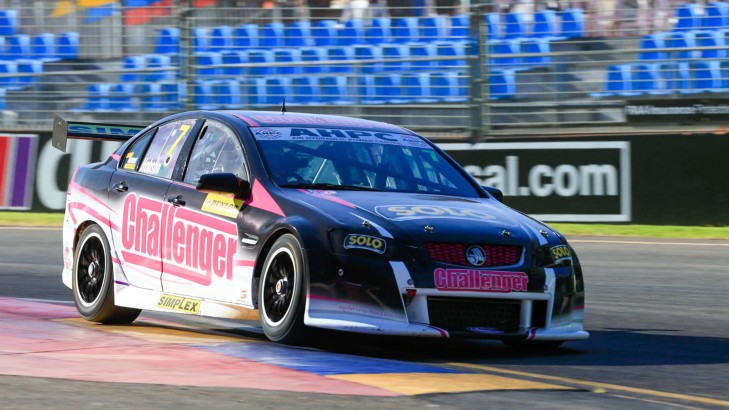 After sustaining heavy damage in yesterday's crash, Brett Hobson will be absent from today's Race 2 grid as the R-Sport squad considers purchasing a new car to contest the remaining rounds of the 2015 V8 Supercars Dunlop Series.

The 29-year-old deemed yesterday's impact "the biggest I've ever had" when he was speared into the wall after loosing his steering at the chicanes in the season opening race.

Hobson's Holden sustained extensive chassis damage in the impact, forcing the team to evaluate the longevity of the ex-Michael Caruso Commodore.

"Basically, we need to get the car back to Sydney and assess whether it's worth fixing the car - the car is that bad," he told v8supercars.com.au

"I don't think it's really going to be worth fixing the car."

The former CAMS Rising Star escaped the impact relatively unscathed and explained he entered the chicane no different to how he normally does but was left bracing for impact when the car failed to turn on the exit.

"I came into turn one, I braked where I normally brake and I tipped the car in and as I went to go through the chicane it all sort of went pear shaped," he told v8supercars.com.au.

"I tried to get the car back over to the left side of the track, I turned the steering wheel and nothing happened... I just jumped on the brakes and rode it all the way into the wall.

"That was probably the biggest hit I've ever had. It was a real big impact... and it really knocked the wind out of me. I was trying to tell everyone [on the radio] I was alright but I just couldn't get my breath to say anything."

Despite his Commodore's unknown fate, the Sydney-sider is determined to persist with his 2015 V8 Supercars Dunlop Series campaign and said he will be back on track come the next round at the Perth SuperSprint, May 1-3.

"I've worked really, really hard to try and get to where I've got. I've lost a heap of weight, I've tried to get really fit and we've just started to find our feet this weekend.

The Dunlop Series return to the Adelaide Parklands circuit today for Race 2 at 11.40am ADST.

Three from three for Waters

Waters lays down challenge for qualifying