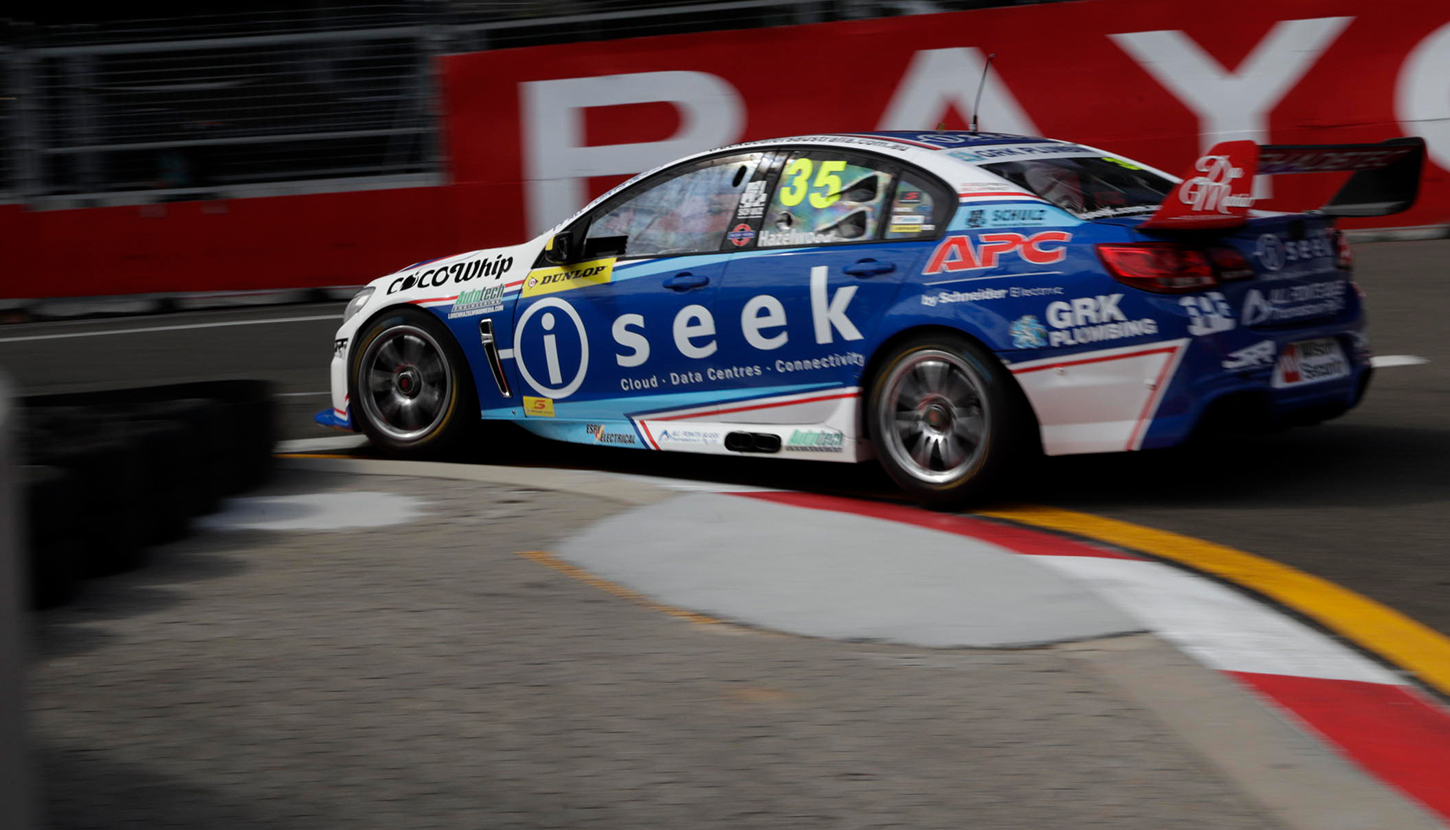 Dunlop Series front runner Todd Hazelwood turned up the heat in his #35 iseek Communication Commodore in practice two this afternoon.

Hazelwood topped the timesheets with a best lap time of 1.29.39 on the streets of Sydney.

The young gun is hoping “to get the monkey off his back” this weekend and finish the season with a race win.

The Jones racers demonstrated some pace in this afternoon’s session with Macauley out third and Andrew claiming fourth in the session.

Championship leader Garry Jacobson was off the pace and had to settle for eighth behind championship chaser Jack Le Brocq.

A red flag was waved with 16 minutes remaining in the session, due to debris on-track.

Golding had some difficulty getting his #99 Commodore started after the red flag, but got back on-track quickly and finished fifth.

The Supercars Dunlop Series will return to the Sydney circuit tomorrow at 11:45am for Qualifying.