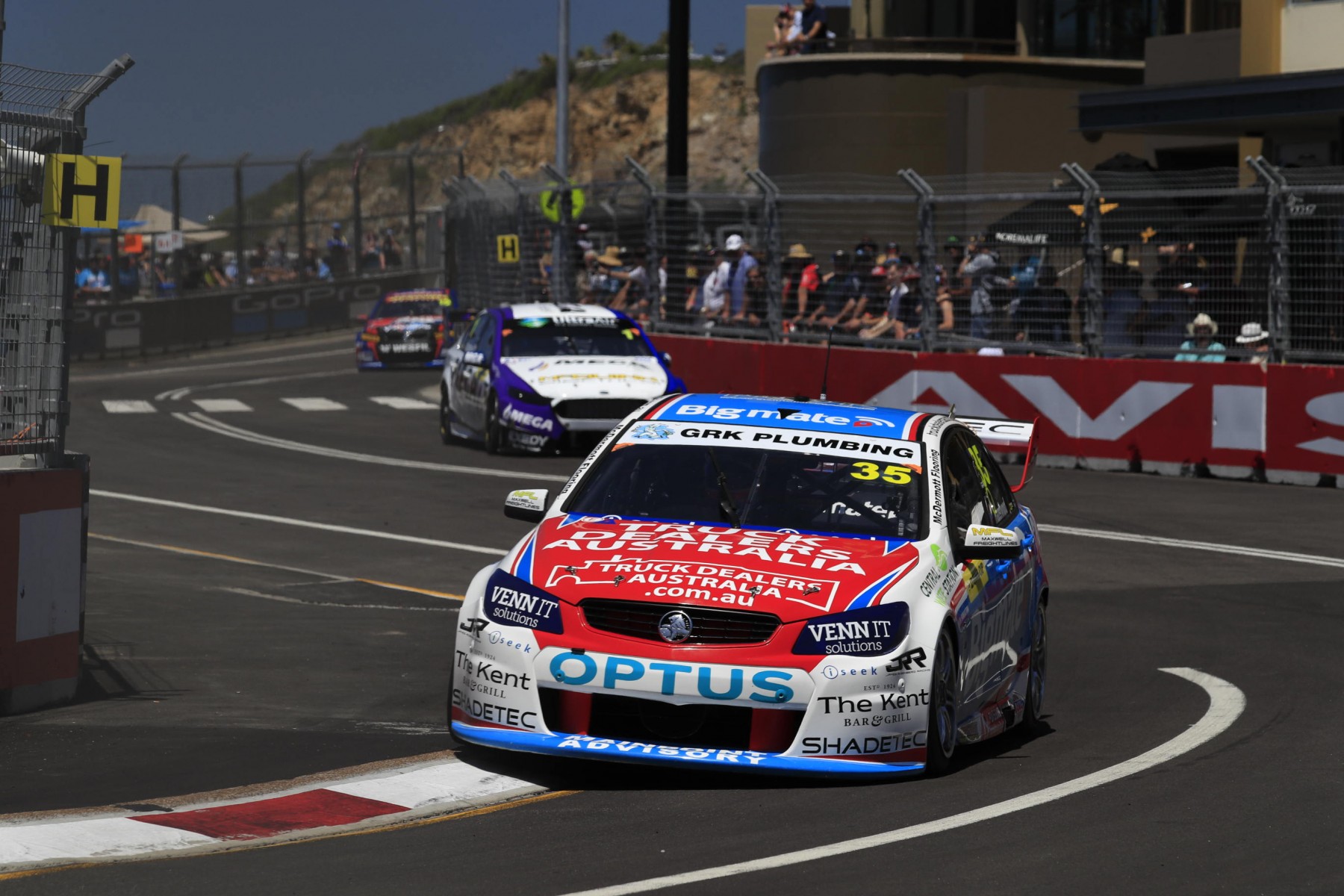 Todd Hazelwood took out the opening race of the Dunlop Super2 Series finale in Newcastle to move past Paul Dumbrell and into the lead of the standings.

Hazelwood’s fifth victory of the season and eighth for Dumbrell from the rear of the grid after a qualifying accident means a 49-point deficit has become an 11-point lead with one race remaining.

He led from start to finish, but an off at Turn 11 on lap 15 meant he had to keep Jacobson at bay for the run home.

Having joined Hazelwood on the front row, Le Brocq was shuffled down to sixth at the first corner.

Le Brocq had to deal with oil overflow that fed smoke into the cabin of his MW Motorsport Altima, but worked his way up to fourth.

He tried to move past Will Brown at Turn 14, but contact between the pair let Davies through and demoted Brown to sixth.

Brodie Kostecki was seventh, while Dumbrell started the last lap in 10th but picked up a pair of positions courtesy of a Turn 11 clash between Richard Muscat and Nathan Morcom.

Muscat was handed a 15-second time penalty and fell to 11th, while Morcom waited for Eggleston team-mate Dumbrell to go past before rejoining the race.

The races of Jack Perkins and Anton de Pasquale essentially finished with a first-corner incident.

Jack Smith also failed to finish, after running into the back of team-mate Macauley Jones’ stationary Commodore at Turn 8.

Jones had turned Josh Kean around moments earlier and was handed a pitlane penalty, finishing 17th, three spots behind Kean, who got home despite extensive damage to the rear of his Prodrive Falcon.

After qualifying at 10:40am AEDT, the final race of the Dunlop Super2 season at 2:20pm.