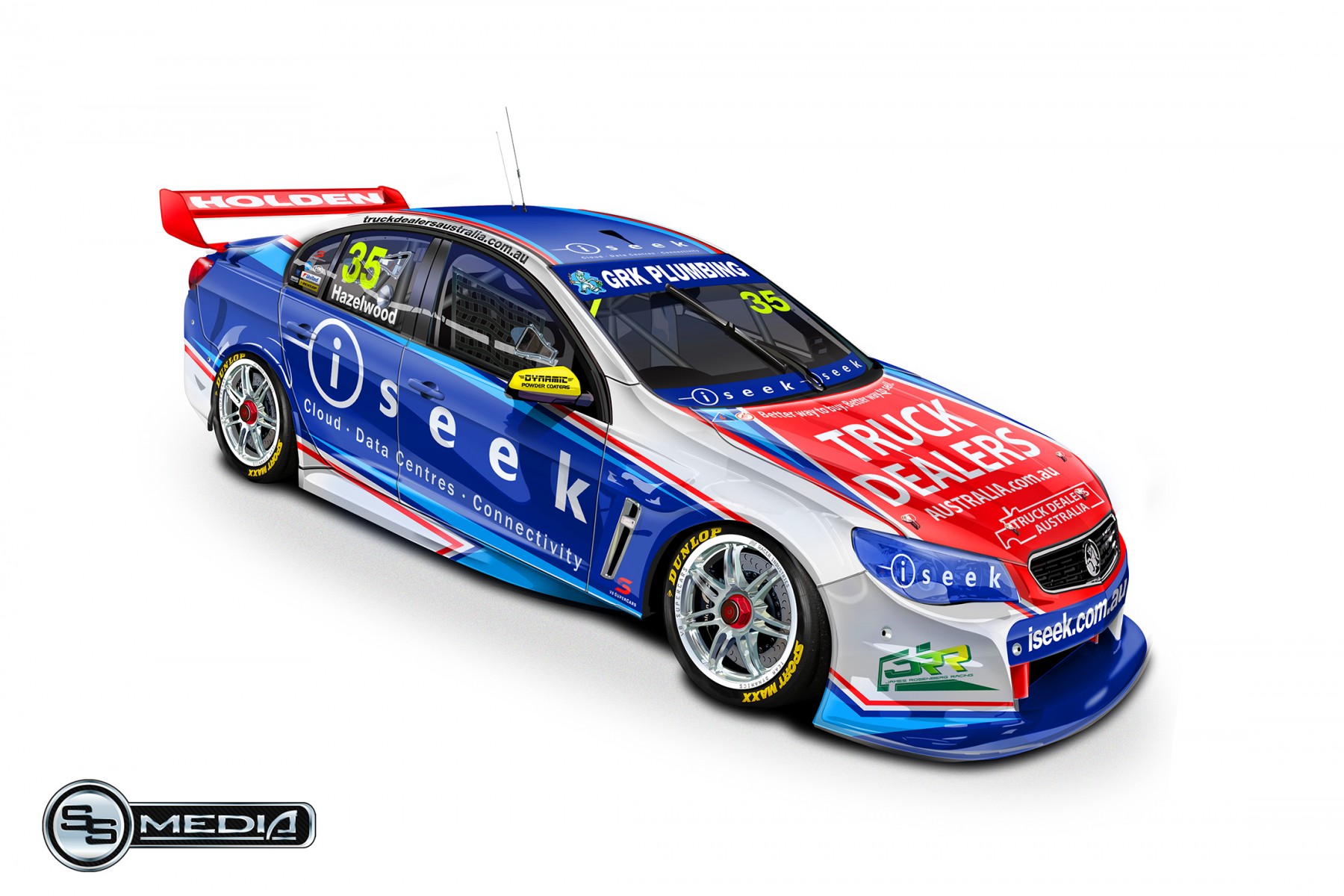 2014 Mike Kable Young Gun Todd Hazelwood will steer a Holden Commodore in the V8 Supercars Dunlop Series this season, returning to the grid with Matt Stone Racing and iseek Communications.

It means Hazelwood will step up to run a new generation racer this season, with regulations opening up to allow the ‘car of the future’ chassis to enter alongside the category’s current race cars.

Hazelwood finished fourth in the 2015 Dunlop Series standings and is thrilled to confirm his package for 2016.

“Super excited to be racing with the fantastic team at Matt Stone Racing with the support from my long-term partner iseek Communications in 2016 – we have achieved a lot throughout the last two years together and I look forward to what the future holds for us,” Hazelwood said.

“We have spent a great amount of time achieving this partnership and I believe we now have all the right ingredients to compete at the highest level in the Dunlop Series for 2016.

“Being my third year in the series it is vital that I make the most of this opportunity and succeed at every event.

“It’s no secret we have taken on a huge challenge working with a COTF for the first time, but we are determined and motivated to achieve.”

Matt Stone Racing owner Matt Stone was confident the team would learn about the new car quickly and be in a position to challenge.

“This will be our first time working with a COTF and Triple Eight chassis after a long period of utilising ex-Stone Brothers chassis and data,” Stone said.

“This is an exciting challenge for Todd, our engineers and mechanics but we believe we are prepared and ready to achieve.

Hazelwood thanked his long-term sponsors and welcomes a new one as he embarks on the year.

“I cannot thank Jason Gomersall from iseek Communications, Matt Stone and my loyal sponsors enough for making this opportunity a reality and supporting me all the way to take my career to the next step,” he said.

“I am also excited to announce a significant new partnership with locally-based Adelaide business Rob Sinclair Equipment Finance who operates Truck Dealers Australia and it is also awesome to continue the partnership with GRK Plumbing for a second season.”