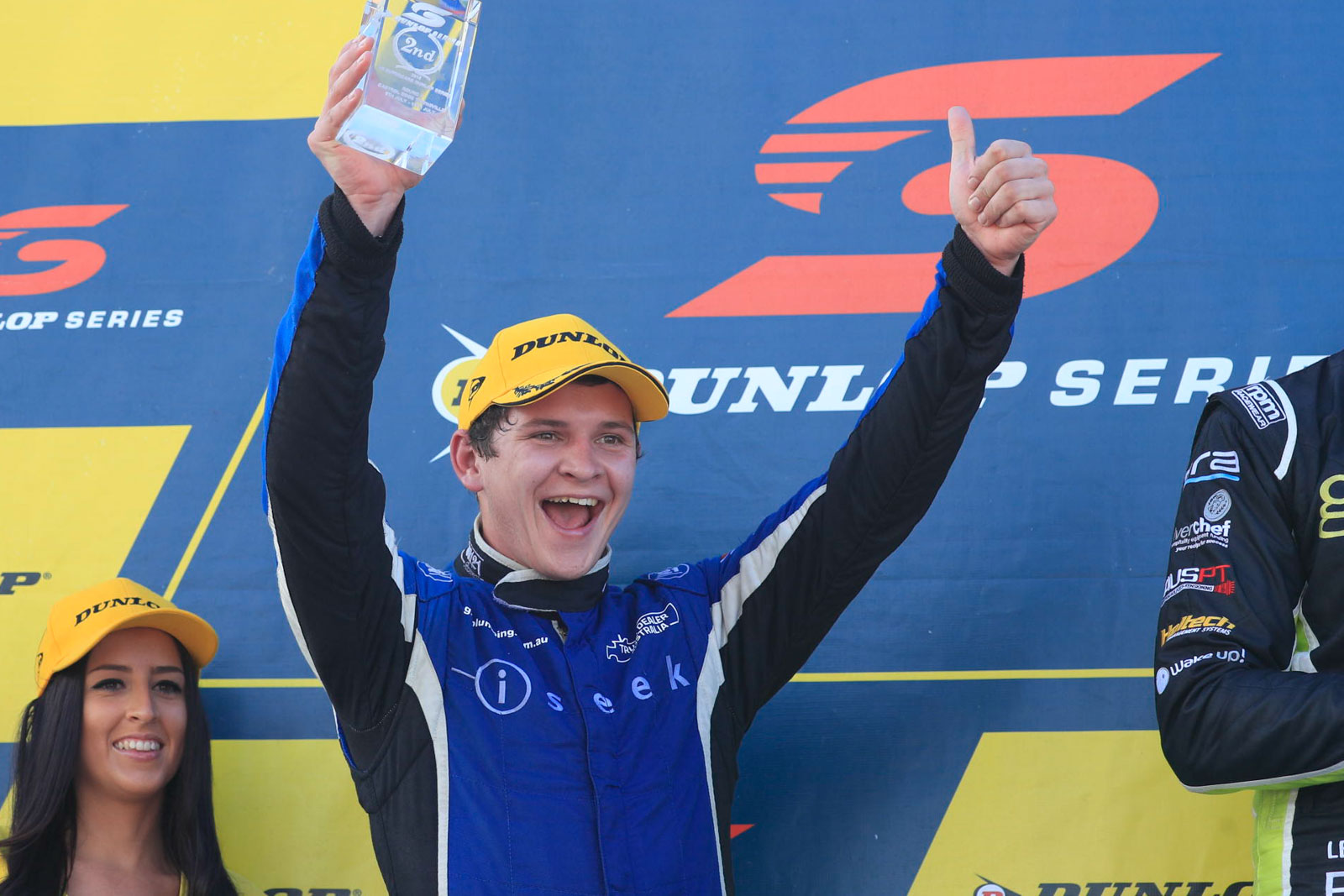 Supercars Dunlop Series front-runner Todd Hazelwood believes he is capable of taking out the 2017 title.

The 21- year- old has been a top contender for the past two years, finishing fourth in 2015 and third in 2016. He won the Mike Kable Young Gun Award in 2014, placing his name next to stars of the sport such as Rick Kelly, Mark Winterbottom and James Courtney.

The young gun is determined to control the lead this year, placing high expectations on himself to perform for the team.

“Obviously the goal is to win the championship… I think we are more than capable of doing it,” Hazelwood told Supercars.com.

“I don’t want to finish second this year, I want the championship. We are ready to kick some goals and keep moving forward.

“We showed last year we have all the right ingredients to do it and few things just didn’t go our way last year, if a few things go our way this year we can do the job so hopefully that’s the case.”

“This year we are very comfortable with the car and we are stepping up our efforts in every way possible to really try and take the championship,” Stone said.

“I think last year with the new car and everything we definitely ha good speed but there were a couple of issues at the start of the year mainly just with the start procedure in a different car.”

Stone added Hazelwood and Marjoram have the same race crew as the 2016 season with additional personal for new recruit Brodie Kostecki.

Hazelwood is thrilled to have the same crew together again in 2017.

“We are really excited we have the same crew together and are ready to go a couple better after a big year last year,” Hazelwood said.

“It’s always good to have continuity in the team and we’ve got all the same crew and same engineers … with Brodie coming in I think it should be a great year.

“Particularly having Adam on-board, it’ll be good for me to have a teammate with the same equipment and we can work together and keep moving the team forward.”

Last week Matt Stone Racing picked up Craig Lowndes’s 2016 chassis from Triple Eight for Hazelwood to run in the development series this year.

“We plan to put a livery on it straight away, we’ve got a new major partner that is to be announced so hopefully over the next week or two we will announce that and get it out there,” Hazelwood said.

Hazelwood: “What an incredible year it’s been”