Hazelwood ‘had to keep blocking out’ crash 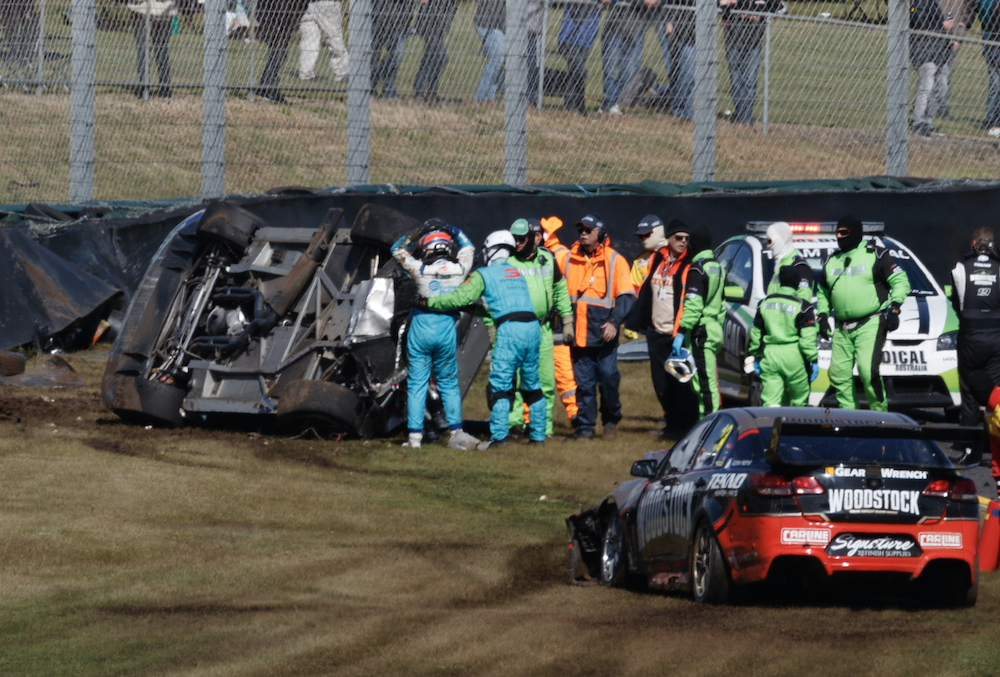 Todd Hazelwood says he had to block out visual reminders of his mammoth Supercars accident during the Wilson Security Sandown 500 weekend’s Dunlop Super2 Series races.

Making his enduro debut with Brad Jones Racing’s Tim Blanchard, Hazelwood was fired into the Turn 6 fence and rolled over following a hit from Jonathon Webb in the first ARMOR ALL Race for the Grid on Saturday afternoon.

Hazelwood was straight back into action, though, finishing third in the Super2 race roughly an hour later, even if he had to avoid getting distracted by the Turn 6 run-off.

“I was still pretty fired up after leaving the medial centre,” he said.

“The adrenalin was still pretty high and once I got the new racesuit on and got the other helmet on and walked back to the grid that’s where it got me the most.

“Going across the top a couple times you could see the mud there where I’d had the incident and it was all over the place. I just had to keep blocking it out.”

The Matt Stone Racing driver relinquished the Super2 points lead to race winner Paul Dumbrell on Saturday, and was then in the wars again on Sunday.

After qualifying on the front row, Hazelwood was fired off at the first corner but recovered to finish seventh and join Jack Le Brocq and Dumbrell – who was helped from 11th to third by incidents ahead – on the round podium.

With the weekend’s results, Hazelwood’s five-point lead has turned into a 49-point deficit with one round remaining in Newcastle in November.

“It’s been a tough weekend, its literally had its ups and downs but that’s just motor racing, really, you just have to take the punches and keep rolling and see how much you can take,” he said.

“The lower back and pretty much the whole side of my body is bruised. But nothing was going to stop me getting back in the car.

“The amount of support I received was pretty overwhelming. I had a little moment to myself to get over that but like anything once you get that helmet back on and strap in just hit the reset button and go again.

“I’m disappointed with [Race 2], we were in a good position to get some good points and unfortunately were in last by Turn 2, so not exactly how we expected that one to go but that’s the way sometimes it rolls.

“Now I’ve just got to be hungry to go one better in Newcastle.”