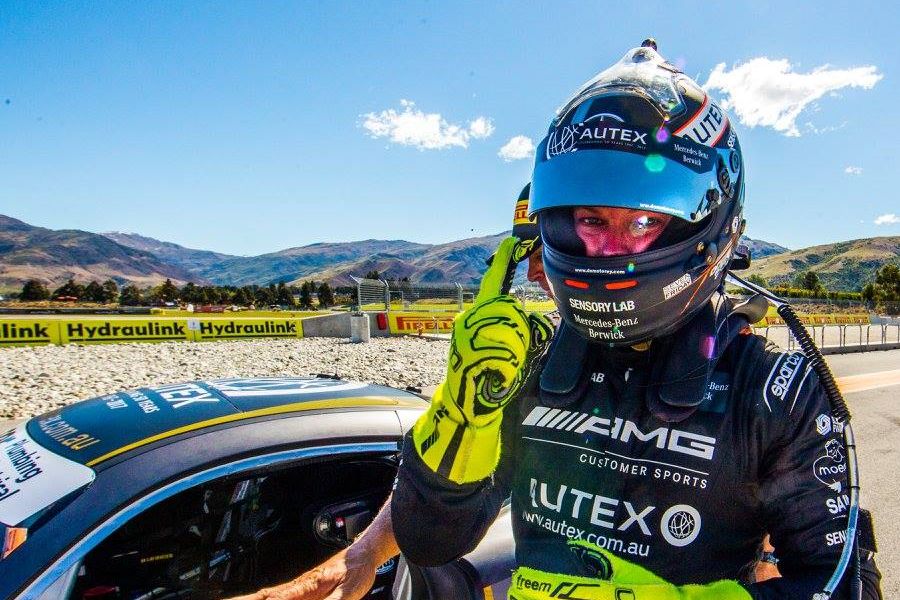 The winner of Australian GT’s Endurance Championship in 2017, Dominic Storey will enter the Dunlop Super2 Series this year with Eggleston Motorsport.

Storey has raced a Mercedes with the squad in the last two seasons, winning the 2017 AEC title with Peter Hackett, and completes its expanded, four-Commodore Super2 line-up.

He joins incumbents Paul Dumbrell, Will Brown and Nathan Morcom, with Eggleston Motorsport purchasing the Triple Eight-built Commodore that won Bathurst in 2016 from Tekno Autosports for the 28-year-old's use.

“I'm really excited to join Super2 with a team like EMS,” Storey said.

“We have a great relationship from the past two seasons in GT and along with my long-term sponsors, Autex, I am excited about the new challenge.

"It has been something I've worked towards for a few years now and to progress into Super2 after winning the Australian Endurance Championship last year is a great step for my career.

“I would like to especially thank Peter Hackett for giving me the opportunity in 2016 and 2017 to help prove I have the ability to take this next step in my career, along with all my supporters for staying with me.”

The team is running the maximum-permitted number of cars at four, and is also providing technical support to newcomer Brenton Grove, under the Grove Racing banner.

In his maiden international foray, he was Daniel Ricciardo’s team-mate in the Formula BMW Asia Series in 2006.

Before switching to GT racing with Eggleston Motorsport in 2016, raced in the NZ V8 SuperTourers Series across three seasons.

“Dom is a valued part of our EMS family so it’s great to have him step up into a Super2 car this season after a hugely successful past two seasons aboard the Mercedes AMG GT3 he drove with Peter Hackett,” team owner Rachael Eggleston said.

“He showed that he can mix it with the best professional GT drivers in the world and was regularly quicker than factory drivers.

“He has some New Zealand V8 SuperTourer experience too so driving one of our cars won’t be completely foreign and with his extremely dedicated and professional approach, both in and out of the car, I am confident he will get up to speed quickly and be scoring some very solid results from the outset.”

25/01/2018
Related Content
Ex-Lowndes Holden for Super2 Porsche convert  ›
09/02/2018
Eggleston Motorsport eyeing fourth Super2 car  ›
24/01/2018
Eggleston Motorsport ›
Stay In The Know
Sign up to the Virgin Australia Supercars Championship Newsletter
We use cookies to ensure that we give you the best experience on our website. If you continue to use this site we will assume that you are happy with it.Ok