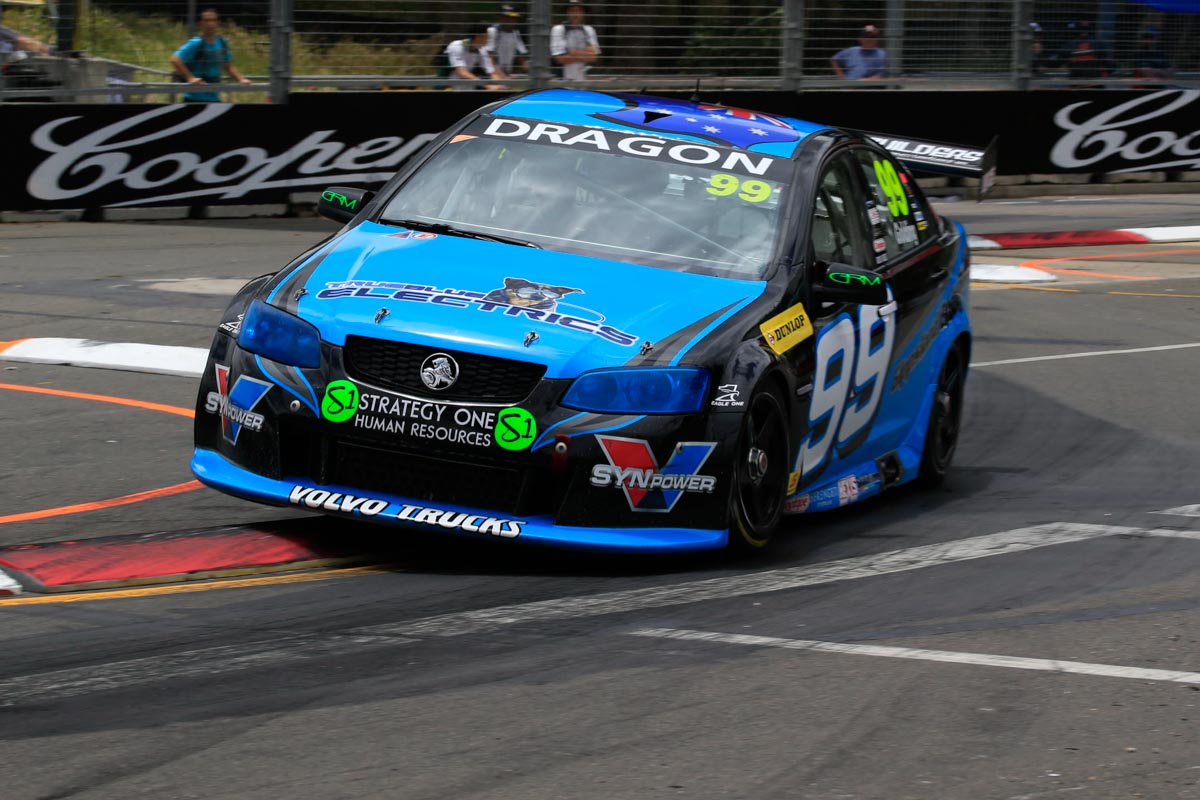 However, with Rogers’ Championship team running Volvos, he is unsure what make he will field in the Dunlop Series category as he looks to source more B8444S Volvo engines to run.

The rules allow teams to run the new generation cars in the category from this year, though it is not compulsory until the 2018 season, leaving it open for manufacturers other than Holden and Ford.

The GRM team has two new gen Holden Commodores it ran in 2013 before the switch to Volvo, which are the likely options for next season, for James ‘Bieber’ Golding and new teammate Richard Muscat.

While Rogers would love to bring the Volvo marque into the Dunlop Series, it comes down to engine supply.

“We’d like them to be Volvos, but at this stage we probably won’t have engines to do that, so we’re keeping our options open there,” Rogers told v8supercars.com.au.

“If we could get sufficient engines to be able to do the Dunlop Series with the Volvos, we would love to do that … we’ll just wait and see.”

The confirmation of expansion comes shortly after title winners Prodrive announced a shift to two cars in the category next year.

GRM’s current Dunlop Series star Golding finished 10th in the category in 2015, earning two top five finishes across the season. The 19-year old also works as a mechanic in the GRM workshop, under Rogers’ watchful eye.

Muscat, 23, steps up from Porsche Carrera Cup after finishing sixth this year, smashing records in the GT3 Cup Challenge category in 2013 and being awarded the Jim Richards Endurance Trophy along the way.

Rogers sees potential in the second tier category, and is pleased to offer the opportunity to two up-and-comers.

Inducted into the V8 Supercars Hall of Fame this year, Rogers is known for spotting young talent and turning fast racers into champions.

“We were quite happy with Bieber’s performance in 2015 and saw an opportunity to expand our involvement in this fast growing series, which can also assist teams like ours to procure drivers for the main V8 Supercars series,” Rogers explained.

“Richard Muscat who tested with GRM at Winton some months ago will also join the team in a second Car of the Future contesting the Dunlop Series.”

GRM also assists the Dragon Motor Racing Team, which will independently enter one car for Chelsea Angelo in the Dunlop Series category.

06/12/2015
Stay In The Know
Sign up to the Virgin Australia Supercars Championship Newsletter
We use cookies to ensure that we give you the best experience on our website. If you continue to use this site we will assume that you are happy with it.Ok