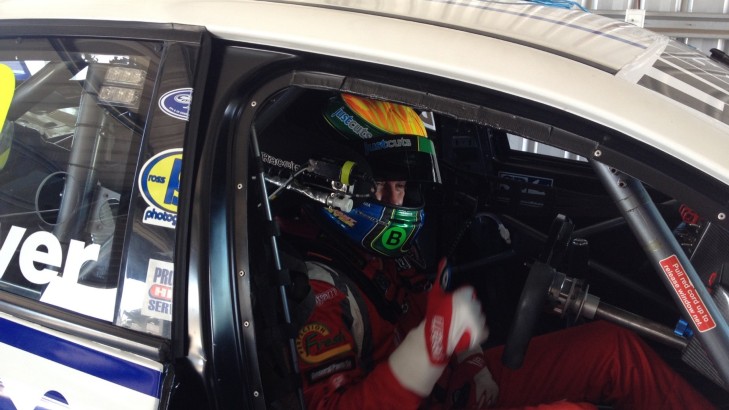 The Channel 10 host will line up for the Dunlop Series' mini-enduro at Mount Panorama in the Hayman Reese Ford Falcon, in what will be his first V8 Supercars appearance in four years.

The four-time Dunlop Series race winner has unfinished business with the mountain. In 2012, Denyer was slated to drive the Shannon's Supercar Showdown entry in the Supercheap Auto Bathurst 1000 alongside Jesse Dixon, but was forced to withdraw due to a shoulder injury.

The year prior, Denyer was taken out of contention in the Great Race when co-driver and current Dunlop Series leader Cameron Waters fell victim to Forrests Elbow.

Now, Denyer is ready to take on the mountain again in the Dunlop Series, and is re-familiarising himself with his V8 Supercar today at a test day at Winton Motor Raceway.

"Returning to a sport and a category that meant so much to me in the past was really quite a nerve wracking experience," Denyer told v8supercars.com.au as he took a break from testing this morning.

"I completely walked away from the sport - but I'm loving my motorsport at the moment, so to drive at the premier event in a V8 Supercar is super exciting." 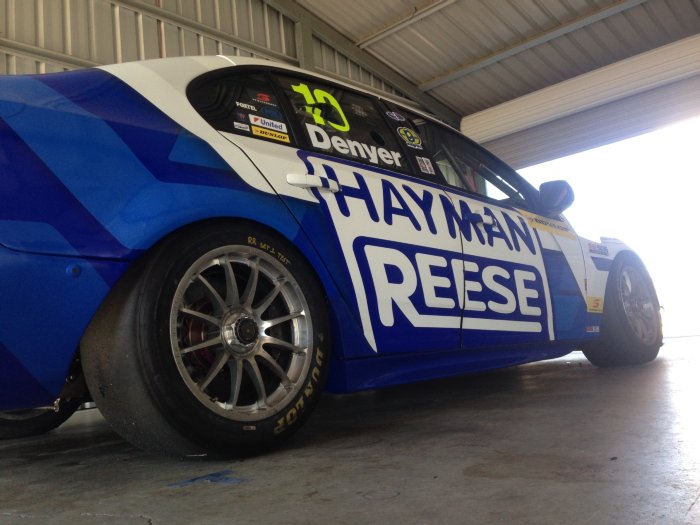 Denyer has had a strong season in the Australian GT Championship sitting third in the points standings and having earned three wins with Maranello Motorsport, and has settled in well with the FG today at Winton.

"As usual for me, [it's about] finding the right booster seat and making sure I can reach all three pedals and the buttons, which is always the major hurdle for a bloke who's five foot five!" he laughed.

"Racing in the Ferrari, I'm match fit steering the thing, but these Supercars are very different. They're chalk and cheese motor vehicles and it sounds good, looks good, and at the moment it's feeling good, so I'm really glad I've gotten this opportunity to come back."

"We threw a few drivers' names around, Grant was one of them and I thought it would be good for the brand and for Hayman Reese," Wyhoon told v8supercars.com.au.

"Come Saturday afternoon at Bathurst everyone will be quite surprised." 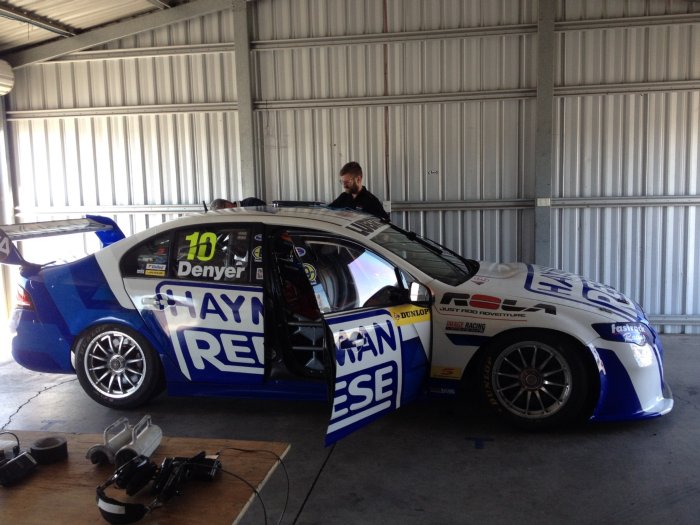 Wyhoon praised Dixon's abilities and the young gun will be at Bathurst in a supporting role.

"Although I am disappointed to be sitting out the round, I knew that it might be a possibility, even before the season started," Dixon said.

"This year was always about doing as much learning as possible and our results have shown that in the right conditions we can mix it with some of the more established names and that's really pleasing."

The Dunlop Series will take to the track for first practice at Mount Panorama on Thursday October 8, ahead of the mini-enduro on Saturday.

Be part of the legend of Bathurst at the Supercheap Auto Bathurst 1000. Click here for more information and ticketing options.