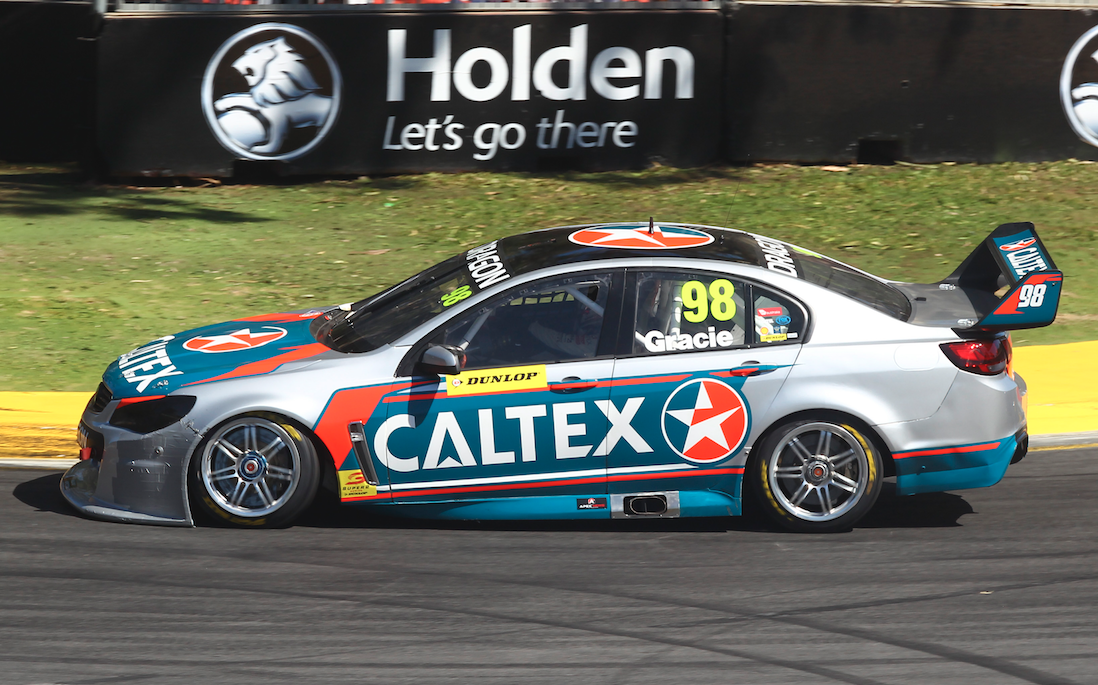 Gracie has been racing one of the team’s ex-Garry Rogers Motorsport Commodores, run by Image Racing, alongside Jack Perkins.

Sitting 15th in the standings with a best race result of ninth in Townsville, the 22-year-old has stepped down ahead of the sixth round of the season

Gracie, who could not be reached for comment, has been a regular in Super2 for the last three years, as well as co-driving a wildcard in the last two Supercheap Auto Bathurst 1000s.

Boys drives an ex-Stone Brothers Racing Falcon with Image Racing in V8 Touring Cars, and is second in the points entering this weekend’s penultimate event at Phillip Island.

The Albury teenager is in his rookie season, following time in Formula Ford and karting.

“He’s a little bit familiar with the track and we want to get him used to Supercar-land, so to speak, so it’s a good opportunity.

“This is his first season in V8 Touring Cars. He’s done very well in that, he’s running second to Jack Smith in that series, he’s going along really well

“We’ve got Phillip Island this weekend, he’s going to be doing some miles there, and straight off the back of that he can go to Sandown and just see how he fares there in the car Renee was driving.”

Perkins sits 12th in the standings, having fallen from eighth after missing all four races at Sydney Motorsport Park due an engine problem that emerged during practice.

With the engine having gone back to builder GRM between events, Wyhoon says Mobil 1 HSV Racing co-driver Perkins’ experience will help newcomer Boys.

“We knew the engine was up on kays before we went to Sydney, we thought we might have gotten through with it.

“From what Jack described on track with it, and we had a couple of oil-pressure warnings, we thought we didn’t want to have it in a box of bits. It’s best to rebuild it when it’s running.

“Jack gets along very well with Jordan. He was up at Winton doing his co-driver session and helped Jordan there with the V8 Touring Car program.

“They’ve had a bit to do with one another this year, so he’s going to come down to the Island this weekend, give Jordan a few tips.

“It will be ideal for him, to have a bit of a benchmark.”