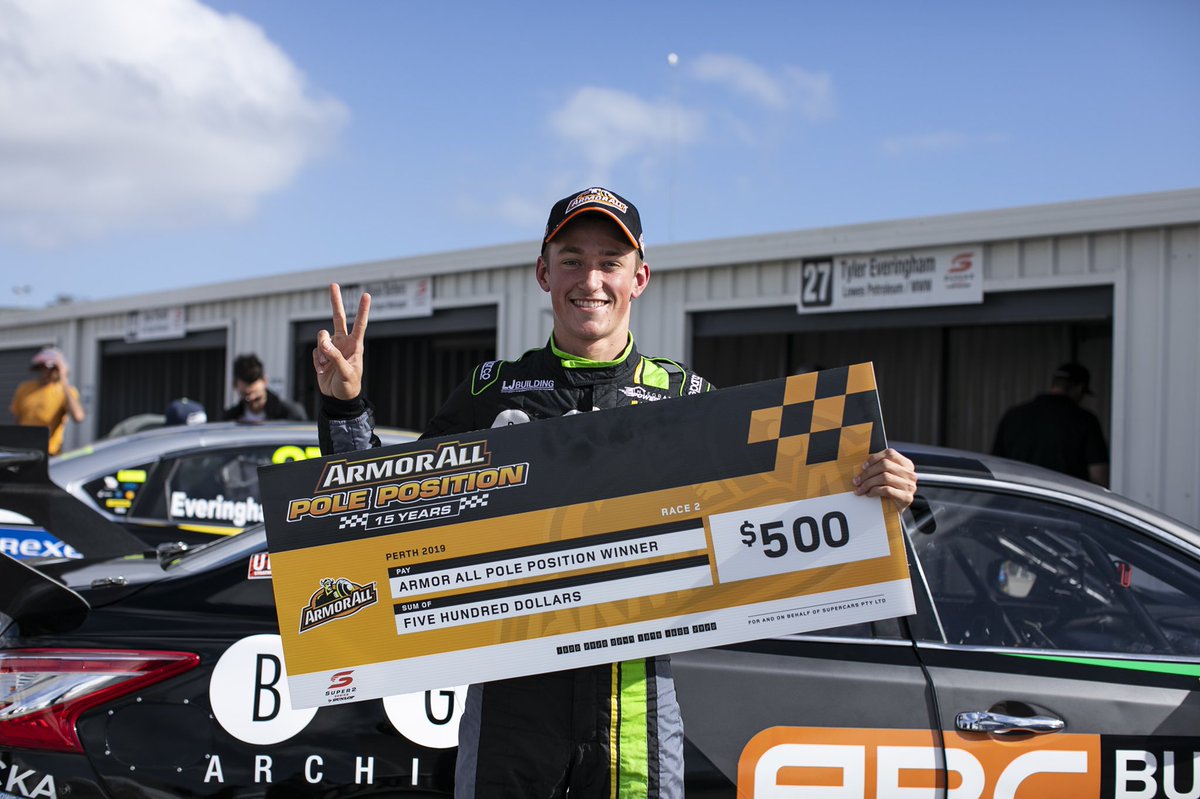 Goddard, who took pole for the opening race on Friday at Barbagallo Wanneroo Raceway, was the class of the field again in ARMOR ALL Qualifying on Saturday.

The second-year Super2 Series driver is yet to finish off the podium in the 2019 season.

After taking his maiden Super2 victory on Friday, Will Brown set the early pace with a 55.2292s and held onto top spot until the closing stages.

Brown's Eggleston Motorsport team-mate Dean Fiore was the first to displace him and went 0.0808s quicker.

From there, Goddard remained at the top, with Walsh second and Goddard's MW team-mate Bryce Fullwood third.

"I'm blown away, that one was definitely a more hard-fought one," Goddard said of his back-to-back pole positions.

"First lap on the older tyres, I really struggled a little bit, so we chucked the new ones on and that was pretty good.

"I'm super stoked today, the team has done an awesome job and I can't thank them enough."

Triple Eight's Kurt Kostecki will start Race 2 from fourth on the grid, ahead of his cousin Brodie Kostecki.

The second and final 26-lap race of the weekend will commence at 5:15pm local time.

Zane Goddard  ›
Stay In The Know
Sign up to the Repco Supercars Championship Newsletter
We use cookies to ensure that we give you the best experience on our website. If you continue to use this site we will assume that you are happy with it.Ok