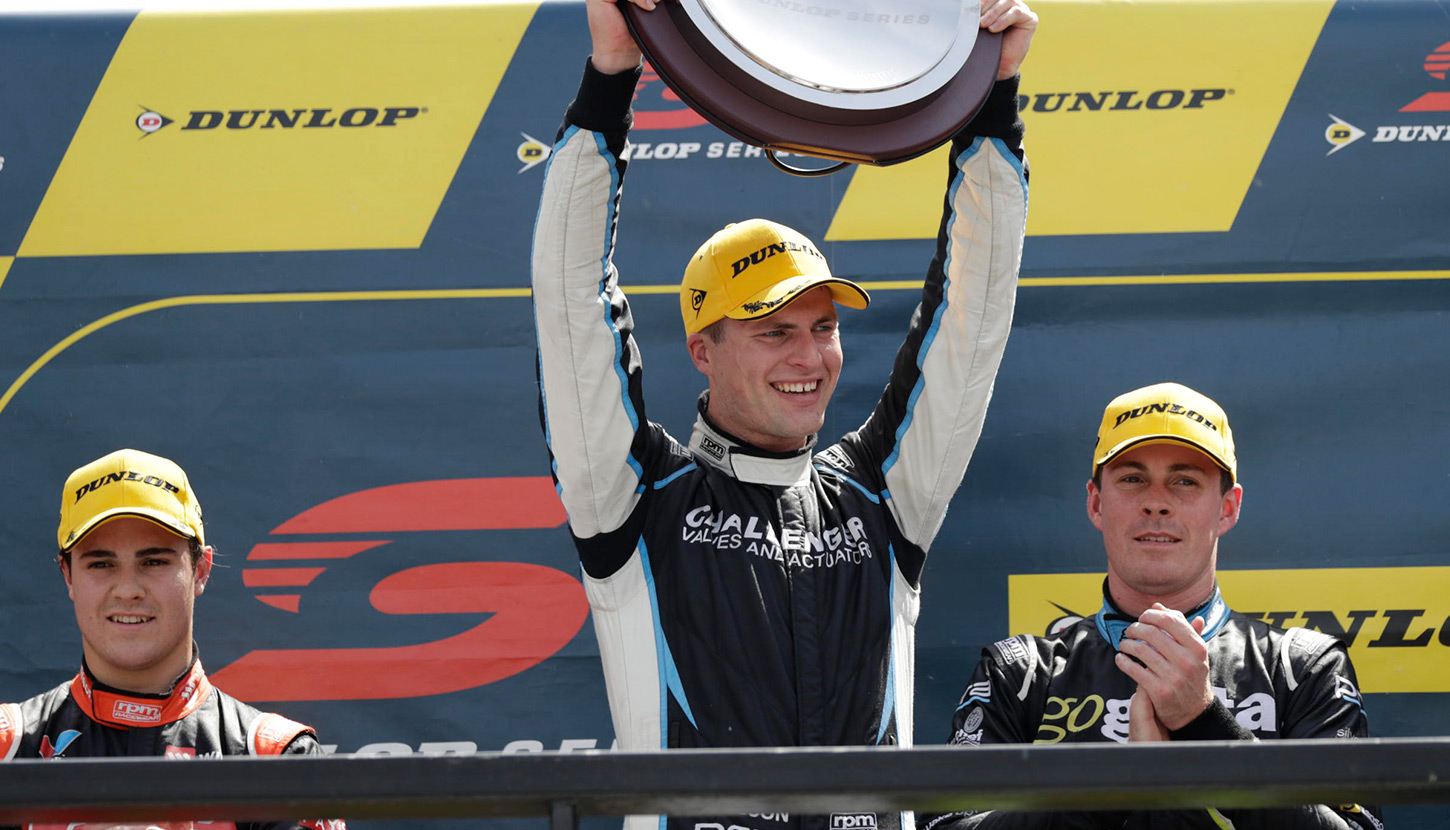 Jacobson went into the race with an almost unbeatable 127-point lead over teammate Jack Le Brocq, and while Le Brocq won the race, Jacobson earned more than enough points to lock in the title with his fifth place finish.

The young racer was emotional jumping out of the car, speaking of the journey he has had in motor racing and thanking Prodrive for the seat that meant steering a NewGen Ford Falcon FG X this year.

“I’m absolutely stoked, it’s a lot of pressure no matter what champ involved in – I haven’t won a championship in a while,” Jacobson said.

“Back when I was in Formula Ford I broke my arm and I missed out, I couldn’t complete it.

“To come back from busted lung and arm, to do it for Prodrive – for Tim Edwards, giving me the opportunity, I’m absolutely stoked.”

Le Brocq and GRM’s James Golding pounced off the start, but there was a huge accident on the opening lap involving a number of drivers. Anton De Pasquale looked to tag Macauley Jones, and Kurt Kostecki, Matt Chahda and Adam Marjoram got caught up in the crash, with West Australian Marjoram up on two wheels after a big impact.

“A couple of guys came together in front of me… next thing I know I was on two wheels,” Marjoram said. “A horror ride.”

Golding and Todd Hazelwood completed the podium at the Dunlop Series’ final race of the season.