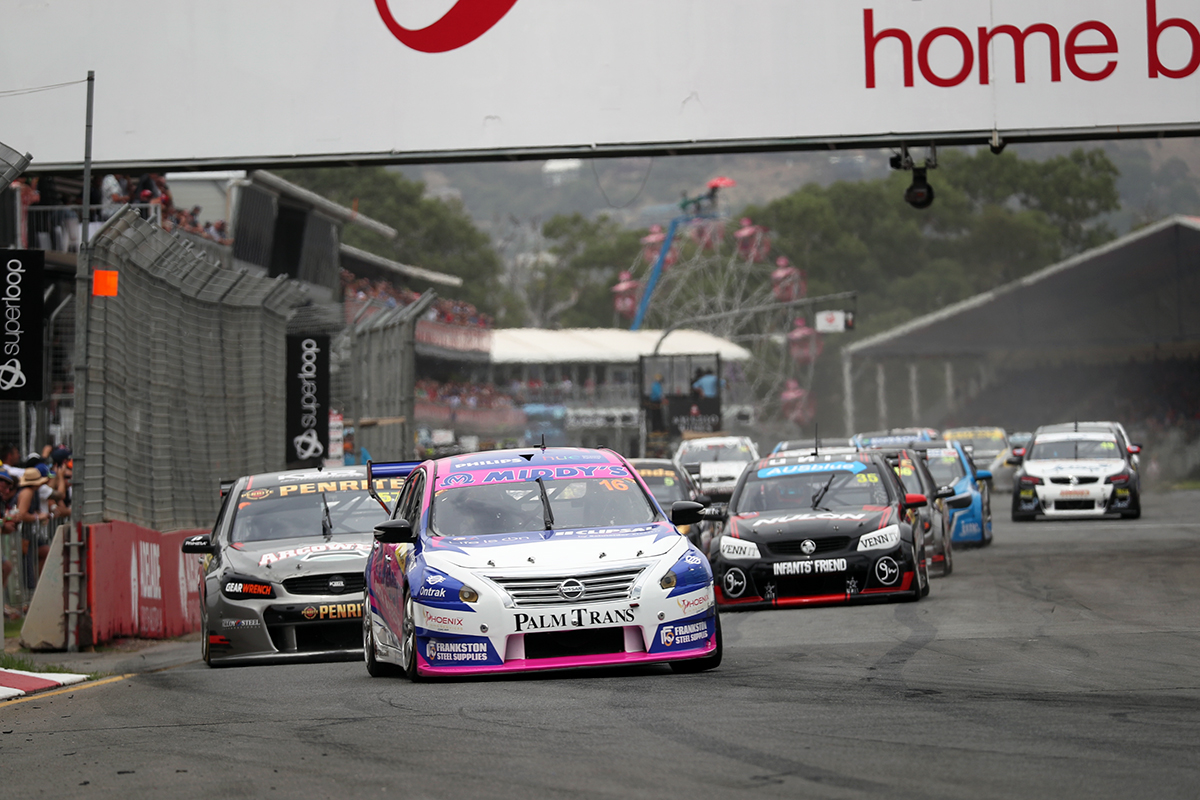 Bryce Fullwood has started his 2019 Dunlop Super2 Series in style, with victory in the final race securing the round win at the Superloop Adelaide 500.

Having won Friday's opener and taken second on Saturday, Fullwood seized his opportunity to sneak into the lead entering Turn 1 after polesitter Brodie Kostecki was slow off the line.

It marks a second race win and maiden round win for the 20-year-old from the Northern Territory, who is now in his fifth season in Super2.

Kostecki finished second in the race and round, 20-points adrift of Fullwood, with 300-points on offer this weekend at the Adelaide street Circuit.

In another MW Motorsport-run Nissan, Fullwood's teammate Zane Goddard took third in both the race and round.

Ash Walsh was running in fourth at the beginning of Race 3, but was handed a pit-lane penalty for an illegal race start procedure, eventually finishing 16th.

Tickford Racing's Thomas Randle started from ninth on the grid and took the chequered flag in fourth, completing his recovery from a crash in the opener.

Following suit, Eggleston Motorsport driver Will Brown made his way from 10th to fifth, starting and finishing one place behind Randle in the finale.

Jake Kostecki and Mason Barbera occupied sixth and seventh, Barbera taking his best career result in the series on Friday in the opener.

Eggleston Motorsport's Dean Fiore was eighth, ahead of Adam Marjoram and Kurt Kostecki who rounded out the top 10.

Triple Eight's Kurt Kostecki and Brenton Grove were excluded from the second leg after the team breached parc ferme regulations, leaving Kostecki without a point leading into Race 3.

Dylan O'Keeffe was the best of the rookies in 11th, while Grove finished 13th in the Triple Eight-run Commodore.

Of the other rookies in the field, Justin Ruggier, Tyler Everingham, Abbie Eaton and Joel Heinrich finished 12th, 15th, 18th and 19th respectively.

The on-track action resumes on May 2-4, with Round 2 of the 2019 Dunlop Super2 Series, held at the PIRTEK Perth SuperNight.