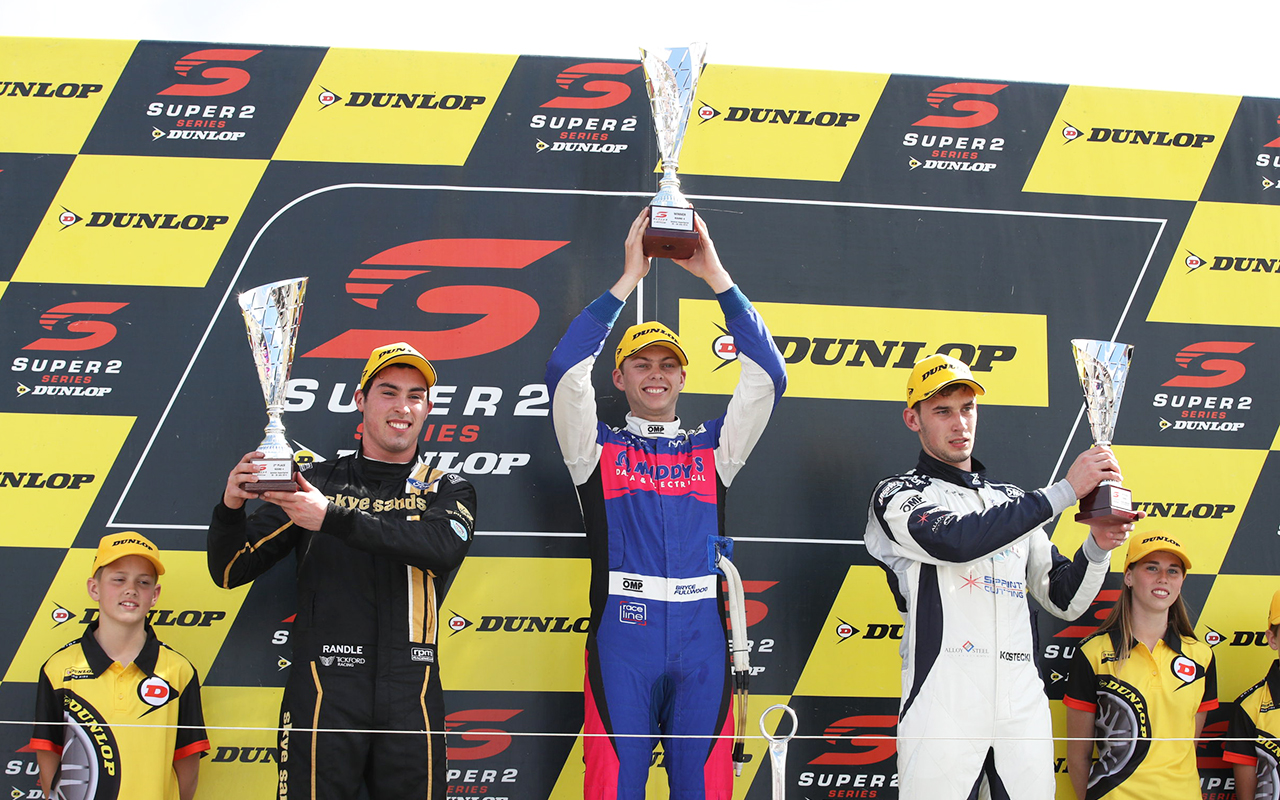 Bryce Fullwood defeated Thomas Randle to win Race 2 and take the round honours in the Dunlop Super2 Series at the Century Batteries Ipswich SuperSprint.

Having finished second behind Randle in Saturday's opener, Fullwood made a move for the lead at Turn 3 on lap 18 and made it stick.

The MW Motorsport driver held onto the spot for the remaining laps and ultimately finished 1.6608 seconds clear of Randle, who reported he had a right-foot cramp.

With the results, Fullwood extends his lead to 283 points ahead of Zane Goddard and a further 374 points clear of third-placed Kostecki

As racing got underway at Queensland Raceway, polesitter Kostecki made a slow getaway, leaving the door open for Randle, who took an early lead.

Kostecki dropped to third, behind Randle and Fullwood, with the pair in a three-way battle for the lead throughout the race.

With five-laps to go, Randle reported through radio that was suffering cramps in his right-foot, but remained as the race leader at the time.

That was until Randle ran wide at Turn 3 on lap 18, leaving the door open for Fullwood, who seized the opportunity and took the lead, holding on for the remaining laps.

Mason Barbera went on to take seventh, ahead of Fullwood's team-mate Tyler Everingham, Jordan Boys and Brenton Grove in 10th.

Jack Smith had an off on his own and finished 12th, while Zane Goddard and Jack Perkins came together; Perkins handed a 15-second penalty for spinning Goddard.

Matt Stone Racing's Ash Walsh ended up 14th, ahead of Will Brown in 16th, who had an off at Turn 1, causing damage to the body of his Eggleston Motorsport Commodore.

Brown copped a mechanical black flag for loose bodywork and was forced to return to the pits to mend the damage, before heading back out.

The fifth round of the Dunlop Super2 Series will take place on October 10-13, as part of the Supercheap Auto Bathurst 1000.