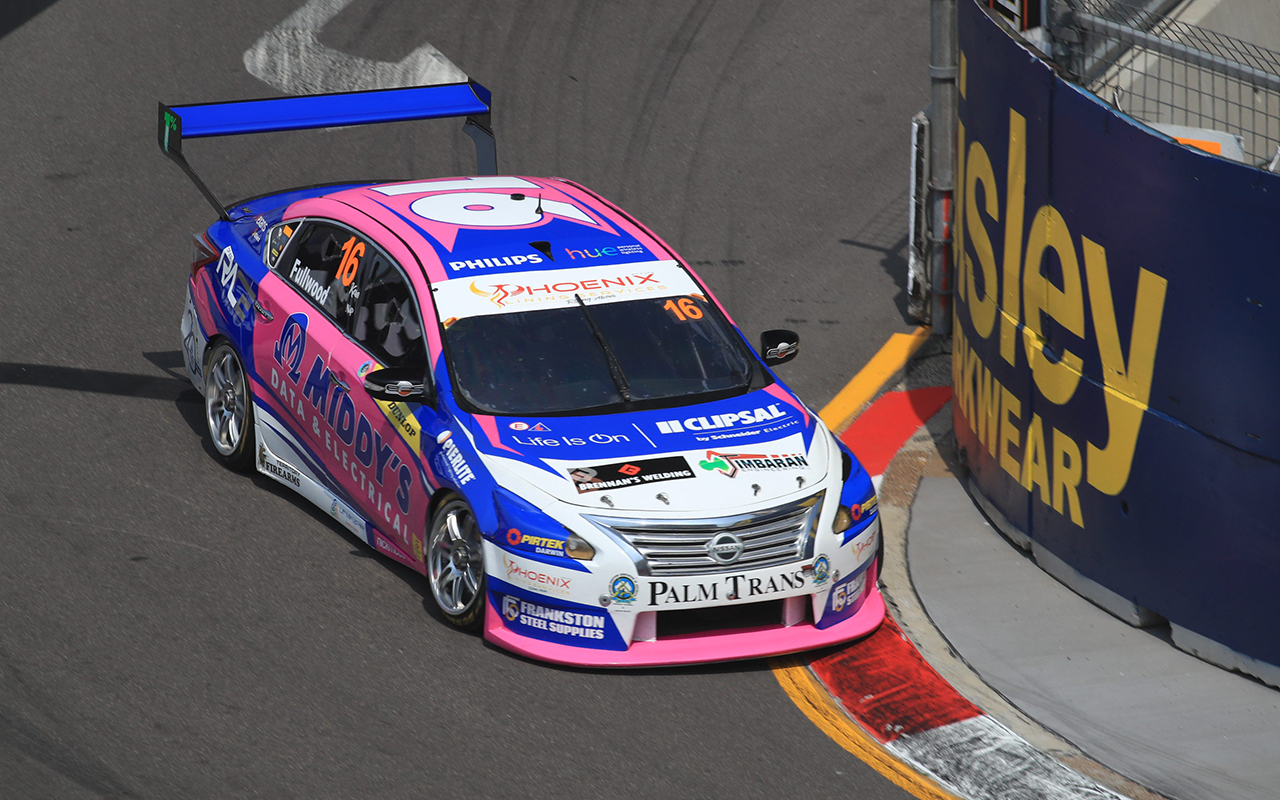 Bryce Fullwood topped the timesheets in Friday practice for the 2019 Dunlop Super2 Series finale at the Coates Hire Newcastle 500.

The MW Motorsport Nissan driver, who wrapped up the series at the Sandown round, turned a 1:11.6075s within the final minute of the second 40-minute practice session.

Fullwood's best proved to be 0.1509s seconds ahead of Eggleston Motorsport's Will Brown and 0.2129s clear of Image Racing's Jordan Boys.

Earlier in the day, Fullwood finished opening practice second and went on to take top spot on combined times to lead the 15-car field.

Tickford Racing's Thomas Randle ended the day fourth overall, ahead of Kurt Kostecki who slid into the tyre barrier at Turn 1 in the second session.

Kostecki set the pace in the morning and was on top for the bulk of Practice 2, until a late flurry of laps during a final stint on green tyres.

Eggleston Motorsport's Jack Perkins, who secured the round honours at Sandown, was sixth on combined times, ahead of Fullwood's teammate Zane Goddard.

Triple Eight's Brenton Grove was eighth quickest for the day, ahead of Matt Chahda and Ash Walsh who rounded out the top 10 for Matt Stone Racing.

Trouble struck for Grove in the morning after clouting the concrete barrier at Turn 8, which put an end to his session with left-side damage to his Triple Eight Commodore.

Jack Smith, who has secured a full-time main game driver for 2020 with Brad Jones Racing, struggled throughout the day, nosing his Commodore into the tyres at Turns 8 and 12.

Electrical gremlins were the biggest battles for Adam Marjoram throughout both sessions; unable to improve in Practice 2 and finishing the day at the foot of the order.

ARMOR ALL Qualifying for Race 1 at the Newcastle finale will take place Saturday morning at 10:20am local time.

11/11/2019
Stay In The Know
Sign up to the Repco Supercars Championship Newsletter
We use cookies to ensure that we give you the best experience on our website. If you continue to use this site we will assume that you are happy with it.Ok